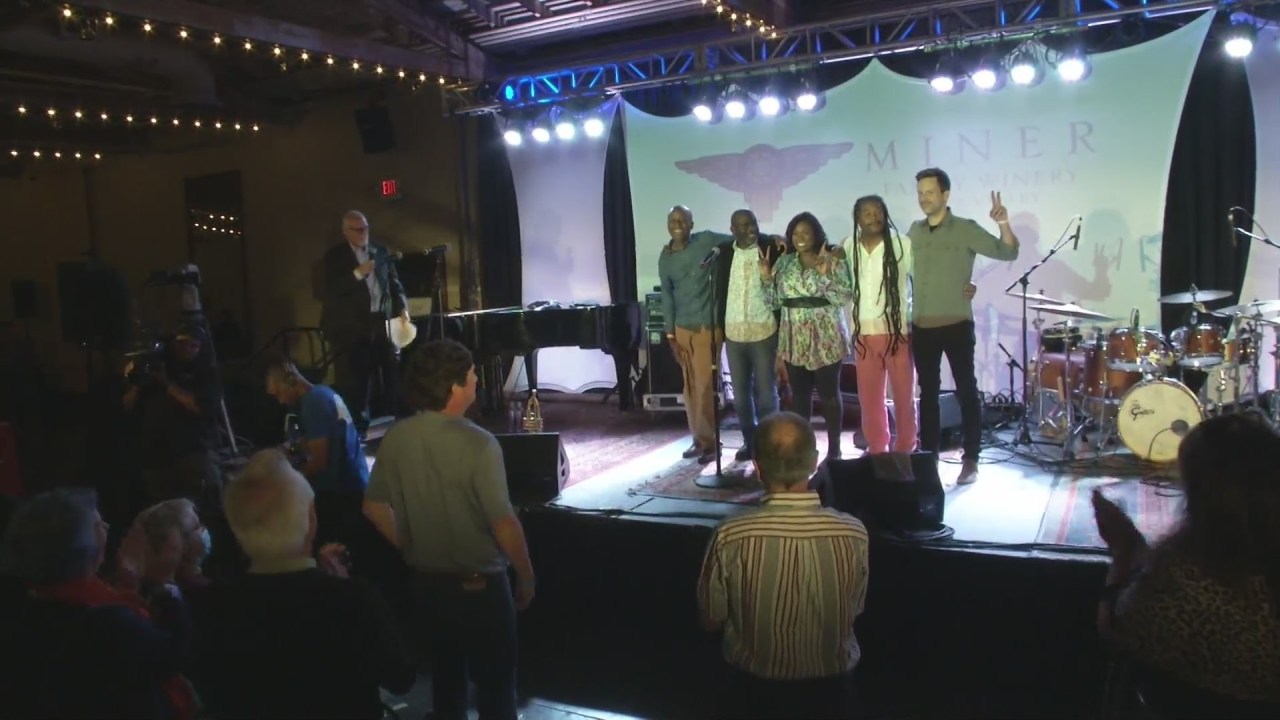 Organizers reduced this year’s in-person audience due to local COVID-19 guidelines. But the festival has once again partnered with WSAV to broadcast every performance live online for free to tens of thousands of people around the world.

Relive each 40th annual performance of the Savannah Jazz Festival at wsav.com/savannahjazzfestival.

As the son of legendary jazz guitarist Grant Green (1931-1979), Grant Green Jr. was exposed to exceptional musicality from the start. Growing up in Detroit, he enjoyed a constant parade of big names in jazz in his living room. His neighbors included Marvin Gaye, Stevie Wonder and Gladys Knight, members of the Four Tops and Temptations. Miles Davis was known to join impromptu jam sessions in their home.

Green Jr. toured the world in one band or another from a young age and was based in New York City for many years. One popular band he’s been a part of for over a decade is The Godfathers of Groove with Bernard Purdie – also known as Masters of Groove. Green Jr.’s ability to blend funky grooves with melodic soul-jazz and blues has made him a festival favorite at the Detroit Jazz Festival, the Savannah Music Festival, the New Orleans Jazz Festival, and now for his first time. at the Savannah Jazz Festival.

A wonderful songwriter as well, his last original album “Soul Science” was released on Ropeadope Records in 2019, with his Atlanta-based band. In 2020, he is developing a show dedicated to the legendary Burt Bacharach in the footsteps of his father who appeared on Bacharach’s iconic tribute album on Blue Note Records.

Kenny Banks Jr. is known for his mixed technique in blending jazz and gospel styles.

Downbeat Magazine describes his playing as “infused with gospel and blues” and calls his arrangements “exciting, modern and surprising”. Under the direction of her mother Esther Banks, musical director of St. Paul AME Church in Columbus, Ohio, the church became her first musical outlet.

In 2003, Banks Jr. entered the larger world of music with the Columbus Youth Jazz Orchestra, and he joined the orchestra on tours in Peru, Canada and across Europe. In 2009, he moved to Atlanta, Georgia to pursue his music career full time.

Banks Jr. has performed across the world and in the United States, with artists including the Thow Croker Quintet, Jennifer Holiday, Jazzmeia Horn, India Arie, and Phife Dog of A Tribe Called Quest.

In 2019, he was a finalist at the 2019 American Pianists Awards and has performed successfully in solo and trio, as well as with Grammy-winning singer Kurt Elling.

Virtuoso saxophone and flute, Don BradenThe music is soulful, and it swings.

One of America’s most important jazz musicians performing today, Braden has been a member of the Harvard Monday Jazz group for several years and has been running the famous Litchfield Jazz Camp for over 20 years.

A recent record, “Luminosity”, is upbeat, positive and guaranteed to put you in a good mood. Braden’s philosophy holds that a positive outlook is contagious and gets things done.

He has performed with jazz greats including Betty Carter, Wynton Marsalis, Freddie Hubbard and many more. Her collaborative album with Vanessa Rubin, Full Circle, is a triumph. Braden also teaches masterclasses in saxophone, quartets, improvisation and music business.

The organizers are happy to find him among the best performers at the Savannah Jazz Festival.

This Grammy-winning quintet, based in Charleston, SC, performs timeless music born out of the Gullah culture of the Southeast Sea Islands.

Tanky tidyNPR’s debut album was featured on NPR’s Fresh Air with Terry Gross and TODAY. It also rose to number one on the Billboard, Amazon and iTunes Jazz charts.

Playful playing songs, ecstatic screams and heart-wrenching spirituals can all be found on their latest release “Good Time,” which also features the group’s first original songs inspired by Gullah lore.

With the # 1 jazz album on iTunes and Amazon their music has been called “soulful honey to the ears” by NPR, they bring the soothing and upbeat good times music “Ranky Tanky” (Gullah for “get funky” ) at the 40th Savane Jazz Festival.