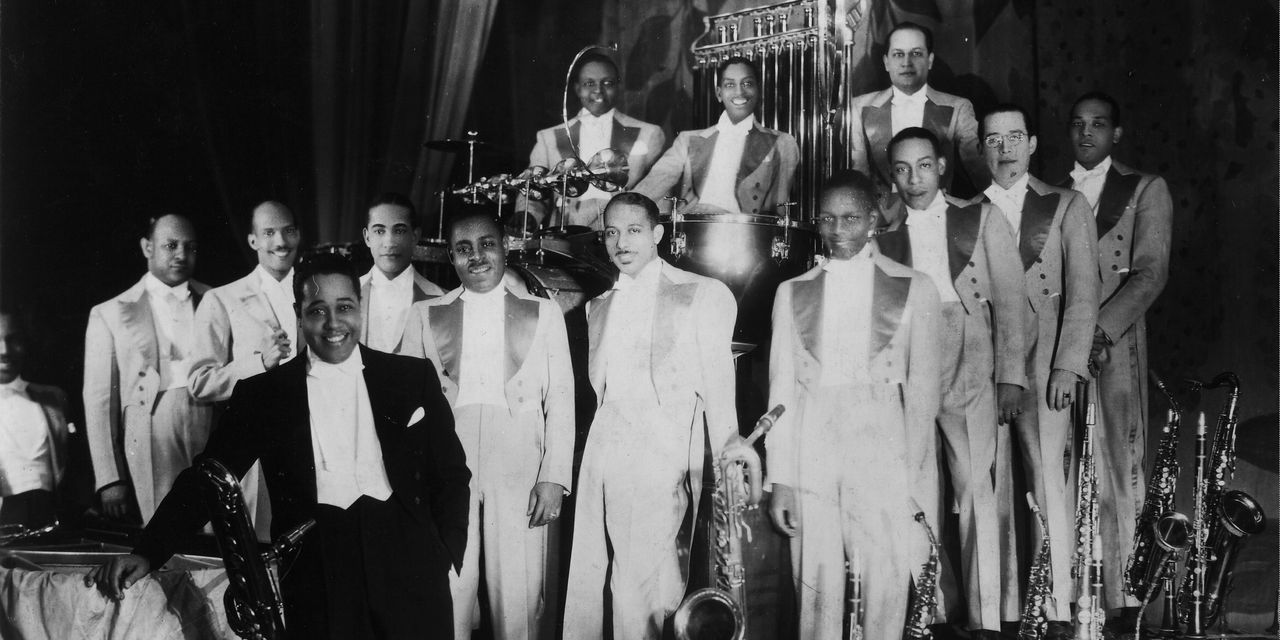 A piece that has danced in the history of music

Ninety years ago this month, Duke Ellington and his Jazz Orchestra made one of their most iconic and memorable recordings, “It doesn’t mean anything (if it doesn’t have that swing).” The title has become a catchphrase. Three years later, the word “swing” seemed to be on everyone’s lips as the swing era dawned and jazz became the most popular dance music in America.

When Ellington composed “It Don’t Mean a Thing” in the summer of 1931, he had already achieved international fame as the leader of the most illustrious jazz band in the world. With his tight and polished band of a dozen performers, he had completed a three-year stint at the famous Cotton Club in Harlem and had begun the almost incessant touring that would continue for the rest of his life.

Like his contemporaries Benny Goodman and Count Basie, Ellington was a gifted instrumentalist and leader. But he stood out as the originator of most of the music played by his orchestra. Earlier in his career, “Black and Tan Fantasy”, “The Fly” and “Mood Indigo” had cemented his reputation as an innovative composer who wrote for the specific talents of his band members.

And now came the unforgettable “It Don’t Mean a Thing (If It Ain’t Got That Swing)”, which Ellington composed between sets at Chicago’s Lincoln Tavern truck stop. For the title, he revised a favorite saying of his former star trumpeter, Bubber Miley, “If it ain’t got that swing, it ain’t worth playing.” The succinct lyrics in black vernacular were probably also written by Ellington. But they were claimed by publisher Irving Mills, who was well known as a credit hoarder. Paternity may never be proven.

The recording is a showcase for call-and-response models, “talking” horns, and several soloists. It marks the recording debut of vocalist Ivie Anderson, who demonstrates her considerable skills. She would become the most versatile of the Ellington singers.

The 1932 performance begins slightly mysteriously, in a minor key, at a fast, danceable tempo of 212 beats per minute. After eight bars of Anderson scatting, the ingenious Joe “Tricky Sam” Nanton paraphrases the melody on his muted trombone. Anderson then sings the lyrics, underlined by Harry Carney’s decorative baritone saxophone, while the horn section responds with eight “do-wahs”. Next: the lyrical, gliding solo of famed saxophonist Johnny Hodges, who would go on to become Ellington’s finest player. In the fourth chorus, Anderson scats and returns to the last line of the lyrics, while the brass responds with 20 “do-wahs”, fading to a startling chiming effect.

In his memoirs, trumpeter Buck Clayton recalls meeting members of Ellington’s band enthusiastically listening to this recording on a jukebox. “The restaurant was rocking like crazy. So much rhythm I’ve never heard, as the guys banged on tables, instrument cases or anything they could hit with knives, forks, rolled up newspapers or anything they could find to make rhythm. It was absolutely crazy.”

To keep his repertoire fresh, Ellington periodically gave his band new arrangements of older tunes. He followed suit with “It doesn’t mean anything”. A short film from 1943 presents a very different interpretation of the song. The lyrics, sung by trumpeter-violinist Ray Nance and trumpeter Taft Jordan, change “if it ain’t got that swing” to “if you ain’t got that swing”. The truly remarkable aspect of this version is Nanton’s improvised trombone solo. He mastered the art of vocalizing his instrument to create human “wah-wahs” and innovated to make his trombone say “yah-yah”.

“It Don’t Mean a Thing (If It Ain’t Got That Swing)” became a statement, as Ellington wrote in his autobiography, “famous as an expression of a feeling that prevailed among jazz musicians at that time”. It also became a swing-era anthem alongside “One Hour Jump” and “Sing, sing, sing.” What separated swing from the jazz that preceded it? Above all, its rhythm. Basically, swinging means playing with the forward thrusting feel, the propulsive rhythmic quality heard in many music of African origin. The swing, Ellington told an interviewer in 1939, “is that part of the beat which causes a bouncing, floating, terpsichorean craving”.

With over 1,000 recordings – by artists ranging from Thelonious Monk, Stan Getz and Ella Fitzgerald to the Kronos Quartet, Luciano Pavarotti and go-go pioneer Chuck Brown – “It Don’t Mean a Thing (If It Ain’t Got That Swing)” is one of Ellington’s many hits that have become jazz standards. What makes this song so brilliant and popular? Novelty and artistry in the “do-wahs” of “call and response; swinging rhythms; an infectious upbeat spirit; easy-to-remember lyrics; and a catchy vernacular title all work together. Its melody, with many repetitive notes and short melodic leaps, makes it easy to recognize and hum along. What’s more, it’s flashy and delightfully danceable. Ellington’s bread and butter used to play for dances and also stage performances. It’s a mark of his genius that despite such utilitarian functions, he created beautiful and enduring art.

-Sir. Hasse is Curator Emeritus of American Music at the Smithsonian’s National Museum of American History. His books include “Beyond Category: The Life and Genius of Duke Ellington” (Da Capo) and “Discover Jazz” (Pearson).