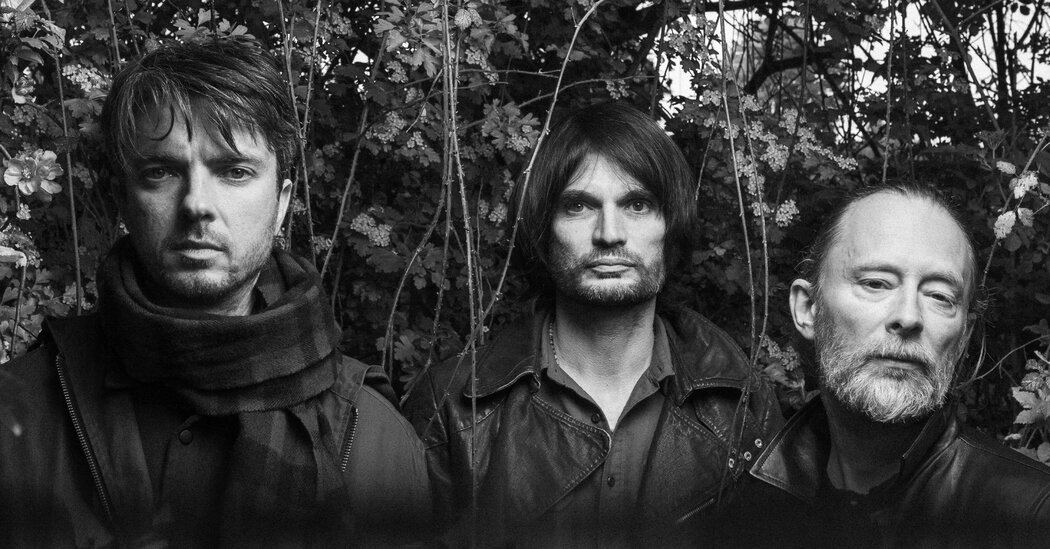 A surly single from Radiohead Spinoff and 8 more new songs

Radiohead’s latest spin-off is Smile, the near-powerful trio of Thom Yorke, Jonny Greenwood and Sons of Kemet drummer Tom Skinner. “Not the smile like in ha-ha-ha, more the smile like in the guy who lies to you every day,” Yorke told the virtual audience at the 2021 Glastonbury Festival. Based on evidence from his online concerts in 2021 is a rowdy project and lover of riffs, in particular on his first single, “You Will Never Work in Television Again”. To a murderous 5/4 beat and thumping guitars that climb through three chords, Yorke sings his vengeful fury against “a gangster troll promising the moon” who would devour “all those beautiful young hopes and dreams”, and you can almost feel the saliva that flies. JON PARELES

Amber Mark has gradually unveiled her album slated for Jan. 28, “Three Dimensions Deep”. Her latest preview is a live-to-track performance of “Most Men”, a brotherly warning about giving in to lust, aimed at women “reckless with your heart.” As the track evolves from gospel organ chords to a funk spacer, she’s straightforward – â€œmost men are garbageâ€ – but willing to entertain other rare possibilities. PARÃ‰LES

Fast, gruff, and sinister, “Los Illuminaty” is an admission of eminence to the chest. Rochy RD, the father of el bajo mundo (the underground dembow movement in the Dominican Republic) is well associated with the star of Puerto Rican reggaeton Anuel AA: the grain a throat deployed in the voices of the two artists land with a satisfying feeling of wickedness. The link is mutually beneficial: it is another international co-signer for Rochy, who has discreetly spearheaded the underground sprawl of Dembow, but also a much needed injection of street cred for Anuel, who is even further from its trap roots in the pop world. . ISABELIA HERRERA

Slide trumpeter Steven Bernstein is what they call a musician of musician: a veteran of the New York jazz scene for decades, with the skills, the scars and the encyclopedic recall to prove it. But it also appeals to the crowd. And both sides are fundamental to the music of his Millennial Territory Orchestra, a nine-piece group that performs Bernstein’s airtight and heartwarming arrangements of classics and hidden gems of 20th century American canon. ‘Good Time Music’, the orchestra’s new album, was inspired by his old friend and collaborator Levon Helm, the band’s famous drummer, who died in 2012, and whose late-career shows in his Woodstock barn s ‘inspired the same kind of repertoire. Singer Catherine Russell met Bernstein at one of these shows; on “You’ve Been a Good Old Wagon” – sending Bessie Smith to a “broken down” lover – she is perfectly in tune with the band. GIOVANNI RUSSONELLO

David Byrne and Yo La Tengo, â€œWho Saw the Wind? “

“Who saw the wind? Yoko Ono – a lullaby about the invisible power of nature, love and dreams, supported by a baroque pop flute and harpsichord – was the B-side of John Lennon’s 1970 single, “Instant Karma”. For “Ocean Child: Songs of Yoko Ono”, a tribute album slated for February 18, David Byrne and Yo La Tengo remade the song like a reverberating meditation: tinged with an Indian drone, shimmering with a vibraphone pulse and bringing together vocal harmonies communes. PARÃ‰LES

Patient as a gentle breeze, “J’s Lullaby (Darlin ‘I’d Wait for You)” speaks of dread of romantic drunkenness, but never makes your eyes widen. Instead, the surprising whisper of a Delaney Bailey voice – which sits somewhere between a lonely, parched country and independent resignation – comes forward with determination, both when she’s fainting (” I would bottle the feeling that you give me / put away this stuff for years to come “) or feeling the object of his affection might just be out of reach. CARAMANIC

Tony Malaby, “Just me, just me”

The pandemic has forced jazz musicians to become resourceful – in some cases, to the extreme. Prior to 2020, tenor saxophonist Tony Malaby frequently held jam sessions at home that also served as workshops. A few months after the lockdown, he decided to recreate them in a safe environment for Covid: under an overpass on the New Jersey Turnpike, in a graffiti-splattered passage that left him and his fellow musicians a sort of protection from the elements but created an echo resonance chamber. He named it the Cave of the Winds. The name now graces his new album, which features guitarist Ben Monder, bassist Michael Formanek and drummer Tom Rainey playing Malaby originals. “Just Me, Just Me” is her lock-in-era piece on “Just You, Just Me” – though it has more in common with Ornette Coleman’s artful harmonic harmonics than with any standard of music. pre-war jazz. Malaby and Monder share the jagged, corkscrew melody on a rhythm section accompaniment that is never far from total disintegration. Monder’s solo is a warped and warped journey, and Malaby pursues it with his own shot of crisp melodic chaos. RUSSONELLO

There is spectral music, and then there is Burial. The British producer’s ghostly and decaying electronic textures have always carried a hollow sense of loneliness, especially when heard in the dark after hours. “Upstairs Flat”, the latest song from his new EP, “Antidawn”, is darker and twilight than ever: metallic hiss and clicks, the echo of a disembodied voice singing to be the “light in your loving arms, somewhere in the darkest night. ” Yet even the icy void of Burial’s world possesses a strange sort of solace: somewhere in seclusion, waves of crescendoing synths descend, offering a cloak of hope and warmth. HERRERA

Jump into 2022 with something new at Liberty ARTS DISTRICT station