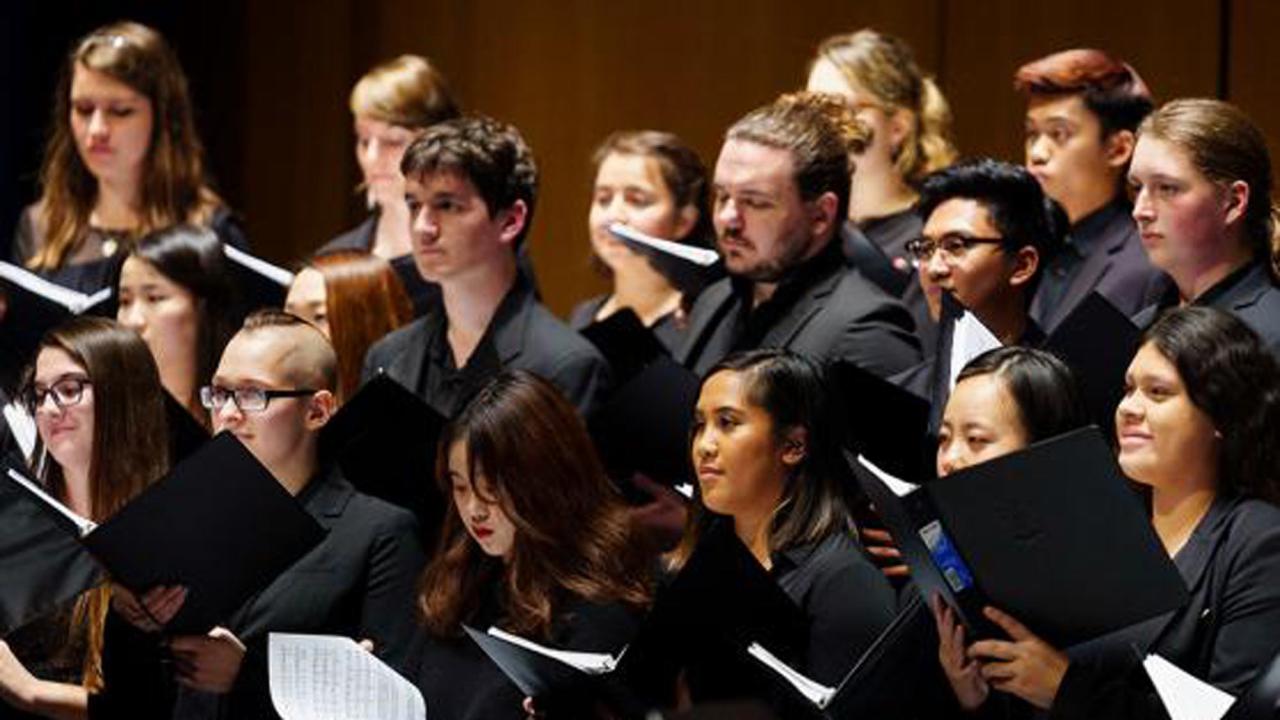 “A World Anew”: singing together, playing music together

Eric Peregrine, new choir director, said next week’s UC Davis Choruses concert “celebrates the joy, resilience and healing power of singing together,” something that has been difficult, if not impossible. during the pandemic.

Now, thankfully, the singers can be physically together again – and as such their December 3 concert is titled â€œA World Anew,â€ which also happens to be the name of one of the works to be performed, Yon Monn Nouvo (A World Anew), by Haitian composer Sydney Guillaume.

The UC Davis Jazz Bands, Concert Band, and Percussion Ensemble are also coming together for concerts next week – as the Department of Music presents five programs over four days.

The Percussion Ensemble concert and the regular lunchtime concert are free. Tickets must be purchased to attend other concerts in person, by jazz groups, concert bands and choirs. See below for ticket information. Proof of COVID vaccination or a negative COVID-19 test will be required at the door. Please read the latest information on attending Music Department events.

The five concerts will also be broadcast live, free of charge, on the music department’s YouTube channel.

Peregrine made his concert debut at UC Davis after coming here in July as a speaker as well as choir director for the music department. He has a background in conducting and teaching across North America, notably with the University of Arizona Collegium Musicum, the Tucson Masterworks Chorale, the Saint Paul Conservatory for Performing Artists and University of British Columbia Choirs.

Tickets for jazz orchestras, harmony orchestras and choirs cost $ 24 for adults, $ 12 for students and children, and can be purchased as follows, through the Mondavi Center for the Performing Arts, or at the doors of the rooms.

Digital Underground leader’s musicality to be featured in posthumous album