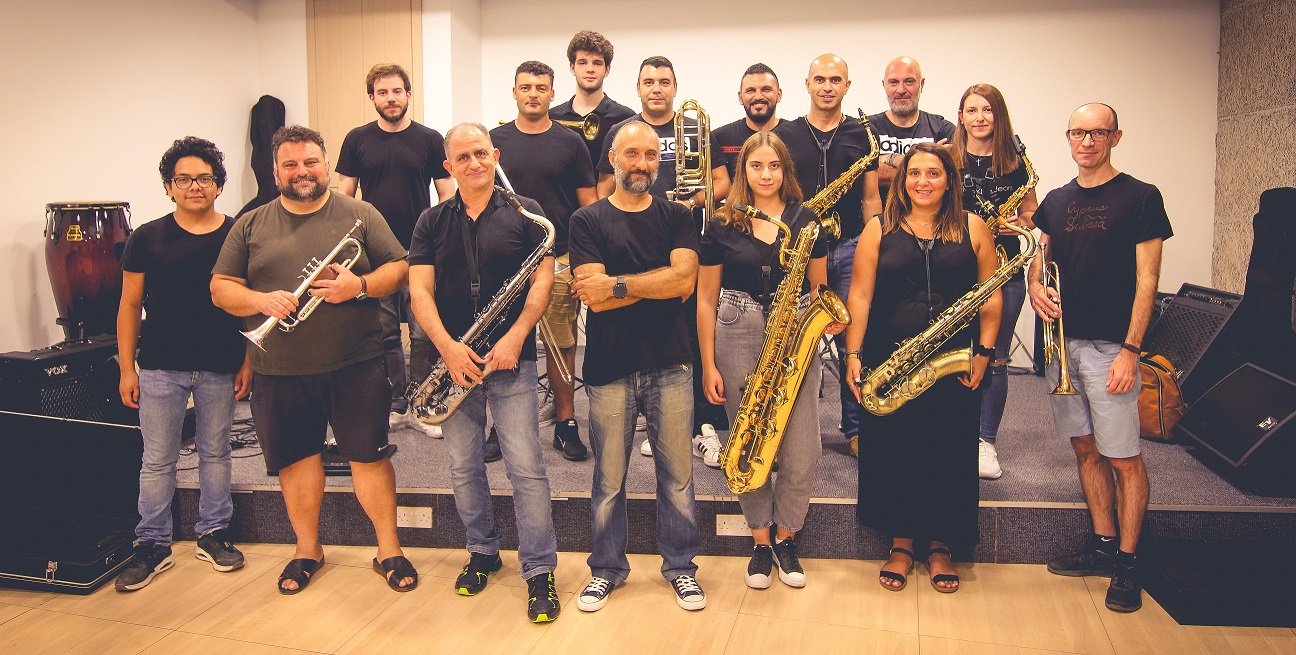 Sweet jazzy melodies, improvisations, intricate piano compositions and rhythmic vocals will return to Aglantzia in July as the 2021 edition of the popular AglanJazz festival returns on Wednesday 7 and Thursday 8 at the Skali Cultural Center. Six musical groups will take the stage to fill the neighborhood with their jazzy sounds.

Eleonora Roussou will open the festival with a performance titled Joy. The compositions and songs presented are inspired by human emotions and all that goes with them. Eleonora’s creative impetus is transparency, sharing and openness, so these compositions are a moving amalgamation of life lived until now. The group is conceptually composed of musicians belonging to various musical genres – classical, jazz, folk, Eastern Mediterranean, funk, Balkan and Latin music.

After his performance there will be another Cypriot ensemble – the Ioannis Vafeas Quartet. Since their formation in 2018, the musicians have performed at festivals in Cyprus and abroad. Last year they recorded a new album called Catharsis which received good reviews from the international press. Catharsis consists mainly of original compositions by Cypriot composers Michael Messios and Glafkos Kontemeniotis as well as some rearranged jazz standards.

The evening will end with the Sokratis Votskos Quartet from Greece presenting their set Sketching the Unknown. After only a few years of artistic presence and an international release, this group is one of the new assets in the spotlight on the Greek music scene. Mainly centered on contemporary jazz and strongly influenced by the music of the Balkans, the group approaches modal jazz in a more global way.

The performance of the second night kicks off the Mendonis Big Band – a large jazz ensemble of 15 musicians. The project was founded by Petros Mendonis who is also responsible for the arrangements and the direction. The idea behind the project is to have original compositions and to promote authenticity with new sounds. The music that will be presented at the festival is a combination of various rhythms used in jazz as well as rich harmonic content with narrative melodies.

The second act on July 8 is a group from Hungary. KodÃ¡ly Spicy Jazz was formed in 2017 in memory of the 50th anniversary of the death of Hungarian composer ZoltÃ¡n KodÃ¡ly. It aims to bring well-known Hungarian folk songs from the choir and singing lessons to the audience – mostly young – in a new, creative and energetic way. The band members are professional musicians who participate in several groups and represent a wide range of genres such as blues, funk, rock, metal, reggae or pop music.

The festival ends with the well-established but fairly recent Workin ‘Trio. Playing together since 2020, the three Cypriot musicians create sounds inspired by catchy swing grooves sometimes mixed with Gospel, New Orleans and Boogaloo beats. The combination of the Hammond organ, tenor saxophone and drums creates a unique sound. The Trio’s objective is to unveil the lesser known repertoire of the 40s, 50s and 60s as well as to compose original tunes in the same direction. With the addition of the second tenor, the group will also perform tunes made famous by the tradition of tenor saxophone battles.