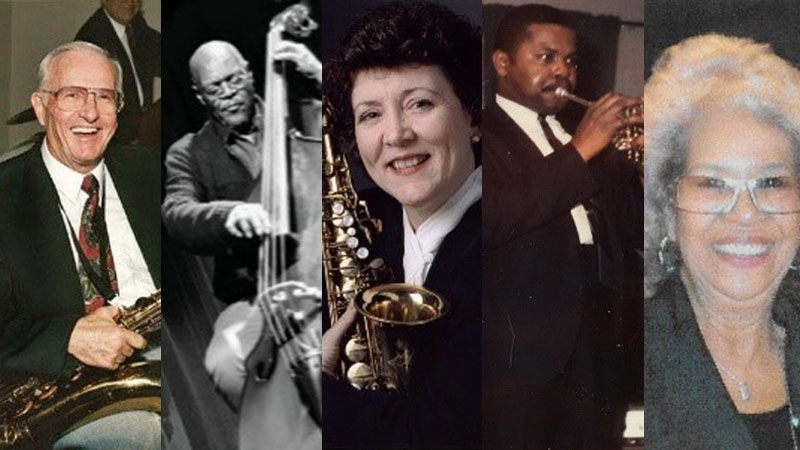 LITTLE ROCK, Ark — Five Arkansans will be inducted into the Arkansas Jazz Hall of Fame on June 20. The event, from 8 p.m. to 10 p.m., will take place at the Old State House Museum. The five will be the sixteenth group inducted into the Hall of Fame, joining 72 others since the Hall’s first induction in 1994.

“These talented musicians from Arkansas join 72 others who have made significant contributions to jazz – we are grateful to their families, friends, fans and communities across Arkansas for their unwavering support,” said James Thomson, co- founder and event coordinator of the Arkansas Jazz Hall of Fame. .

TeRoy “T” Betton, Jr., a trumpet player who began recording in 1968 and rose to prominence as an arranger, composer, pianist and teacher, bringing his skills — the term “musical genius” has been used — not only to jazz, but also to concert and marching band. Ultimately, Betton played a range of instruments, but the trumpet remained his primary instrument throughout his career. Betton’s career has included working with bands and musicians in the Little Rock area, as well as playing with Sammy Davis Jr., Ray Charles, Nancy Wilson and Gladys Knight. Betton died in 1986 and his award is posthumous.

Irene Crutchfield Brown, a singer, who continued singing after attending what is now the University of Arkansas at Pine Bluff as a member of the choir. She has performed many times with pianists and former Arkansas Jazz Hall of Fame inductees John Puckett and Art Porter Sr. during her more than two-decade career. Brown recorded the album “Little Rock am” with Porter during his career.

William “Bill” L. Craig, saxophonist, as well as composer, producer, author and pedagogue. Craig taught band and music at El Dorado for 22½ years and produced seven jazz records between 1984 and 1993 on his Jazz Mark label. He is also the author of two Union County-themed books. Craig co-founded the Arkansas Jazz Hall of Fame in 1994 and served as the fourth president of the Arkansas Jazz Heritage Foundation. His big band “Young at Heart” started in 1996 and he played in the band until 2018. Craig died in 2020 and his award is posthumous.

Jackie Lamar, a saxophonist who was professor of saxophone at the University of Central Arkansas from 1986 to 2018, who notably led the Jazz II and Dixieland ensembles. Beginning as an elementary school saxophonist, Lamar’s career has included work as a composer and educator, including as a jazz curriculum developer as well as performing in every regional, state and professional organization in the world. ‘Arkansas.

Kenneth R. “Ken” Walker, a bassist who got his start in Arkansas, starting with the tuba in elementary school, then a BA in music education from Arkansas Tech in 1979. After graduating, Walker worked as a freelance bassist in and around Little Rock. He has worked with Art Porter Jr. and various guest artists. In 1985 Walker moved to Denver, Colorado, which led to him becoming a bassist with the house band at the El Chapultepec jazz club there and a first-call bassist for touring musicians and work sessions in the region. His credits include work at Denver Public Schools in a Young Audience Program and the Mile High Jazz Camp. Walker was a faculty member at the Lamont School of Music. Ken Walker’s sextet debut recording, “Terra Firma”, was number 56 on the 100 Best Jazz CDs of 2005.