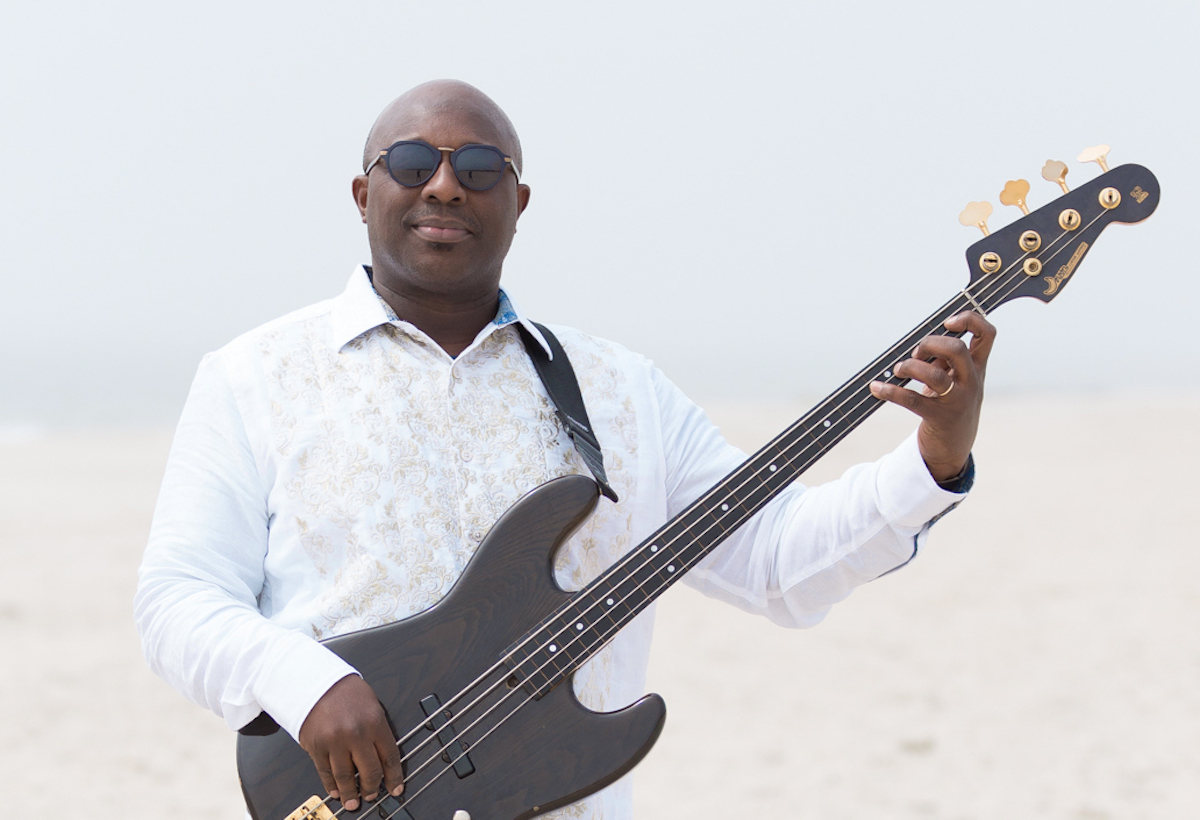 Charnett Moffett was still a toddler when his family moved from New York to Oakland in 1970, and he had not yet graduated from elementary school when the musical clan returned to the East Coast. But even at this tender age, his extraordinary trajectory was fueled by his experiences in the Bay Area, where music fans got their first glimpse of jazz bass’s greatest prodigy.

Over the past several decades he has returned for some of the area’s most memorable concerts, performing several times with McCoy Tyner during the pianist’s epic two weeks at Yoshi’s and joining avant-garde patriarch Ornette Coleman at the Davies Symphony. Hall for a revealing SFJazz 2002 concert. Now Moffett, a virtuoso who lifts just about any musical setting on electric bass or double bass, calls the Bay Area again.

In his first local appearances since moving to San Francisco last year at the start of the pandemic, Moffett will play a pair of three-night concerts at Yoshi’s, from June 23 to 25 and from June 30 to July 2, with his wife Jana Herzen, singer-songwriter, guitarist and founder of the prestigious independent label Motéma Music. Also available for streaming, these intimate duo shows will take place for patrons in Yoshi’s main restaurant. On July 25, Moffett will return to Yoshi’s to perform in the renovated club, celebrating the release of his eighth album Motema, “New Love,” with his trio featuring Herzen and drummer Corey Garcia.

Considered by his jazz peers to be one of the defining bassists of the time, Moffett is not bound by musical categories, and his creative development has progressed rapidly since he began working regularly with Herzen. “Working with a singer is awesome,” Moffett said. “Sometimes as a bass player, stuck between the drums and the piano, it can be difficult to deal with the dynamics. ”

He cites his experience working with singer Melody Gardot as a revelation that opened his ears to the power of muted dynamics. Sitting next to his piano, he “realized how awesome it was to hear someone sing in a low voice.” Now, he said, “being around Jana, a singer-songwriter, has inspired me to explore all the possibilities of making music.”

Their long-standing friendship turned into a romance in the years following the 2016 death of Moffett’s three-decade-long wife, actress and spoken word artist Angela Moffett. “New Love” reflects “all of these influences as I keep trying to discover new things,” said Moffett, 54. “We’re constantly evolving, and that’s what music is all about. It’s about love.

A deeply spiritual artist, quick to attribute his musical gifts to God (“or Elohim,” he said), Moffett is not used to singing his own praises. As the son of Fort Worth-raised drummer Charles Moffett, a childhood friend of avant-garde jazz legend Ornette Coleman, he was immersed in music his entire life. In fact, his first name, which is pronounced with a hard “ch”, is a Charles and Ornette coat rack.

After his father’s historic work with Coleman in the mid-1960s, which was documented on two classic Blue Note albums titled “At the ‘Golden Circle’ Stockholm,” the drummer and educator moved the family to East Bay. While holding a series of public sector jobs, including a stint as principal at Odyssey, the short-lived experimental high school that was part of Berkeley’s alternative education movement, Moffett plunged into the scene. from the bay area.

“I remember my dad rehearsing at home with a big band, maybe 40 or 50 musicians,” Moffett said. “Growing up, I encountered so many different cultures. It was always just a natural way of life. I always try to continue this process.

At the time, he was playing his first instrument, the trumpet, and his father regularly took Charnett and his four siblings to see music at Keystone Korner, the North Beach club run by Todd Barkan that served as a hub for the west coast jazz scene from 1972-83.

“I remember meeting Miles Davis at Keystone and he said to me, ‘Don’t play the trumpet, play the drums like your daddy,'” Moffett recalls (perhaps the first case of a musician citing Davis without imitating his famous hoarse voice). “I have seen so many great musicians. I remember seeing the great McCoy Tyner, with whom I worked for six or seven years.

The youngest of his siblings, he followed his older brothers in a family band with Mondre on trumpet, Charles Jr. on tenor saxophone, Codaryl on drums and their sister Charisse on vocals. When the low chair needed an occupant, Moffett’s trumpet career came to an end.

“My dad came home one day with a half-size bass, a little bigger than a cello, and he showed me, ‘It’s the low notes and it’s the high notes – find out how many different ways you can make music with this, ”Moffett said. “When the Moffett Family Band went on tour in Japan in 1975, I was the bassist. I was taken to cockpits and met the pilots. It was all amazing.

Intoxicating stuff for an 8-year-old, and Moffett has never lost that sense of wonder, even though his supernatural ease brought him into the big leagues of jazz long before he reached voting age. When legendary talent scout Art Blakey wanted to recruit the 15-year-old bassist for a resurgent edition of his band, the Jazz Messengers, Moffett had to turn down the offer to stay in school. He made his recording debut the following year on Branford Marsalis’s debut album as a frontman, 1984’s “Scenes in the City”, and was still too young to hit the road.

At 17, he was studying at Juilliard on a scholarship, but the opportunity to tour and record with Wynton Marsalis was overwhelming. His imposing work on the trumpeter’s 1985 album “Black Codes (From the Underground)” made Moffett a major figure, and a contract with Blue Note quickly launched him as a full-fledged recording artist. .

Embracing music as a perpetual search, he is quick to credit “all the fabulous musicians I’ve worked with and the fabulous bassists I’ve listened to and tried to emulate,” he said. declared. “Back to the beginning with Slam Stewart singing along with his bass solo, which influenced me when I was vocalizing. Steve Swallow, Charlie Haden, Jaco, Stanley Clarke, Marcus Miller, Eddie Gomez, Paul Chambers, Oscar Pettiford, I can go on and on.

He’s also happy to let his bass do the talking, and now that he’s back in the Bay Area, there should be plenty of opportunities to hear his new stories.