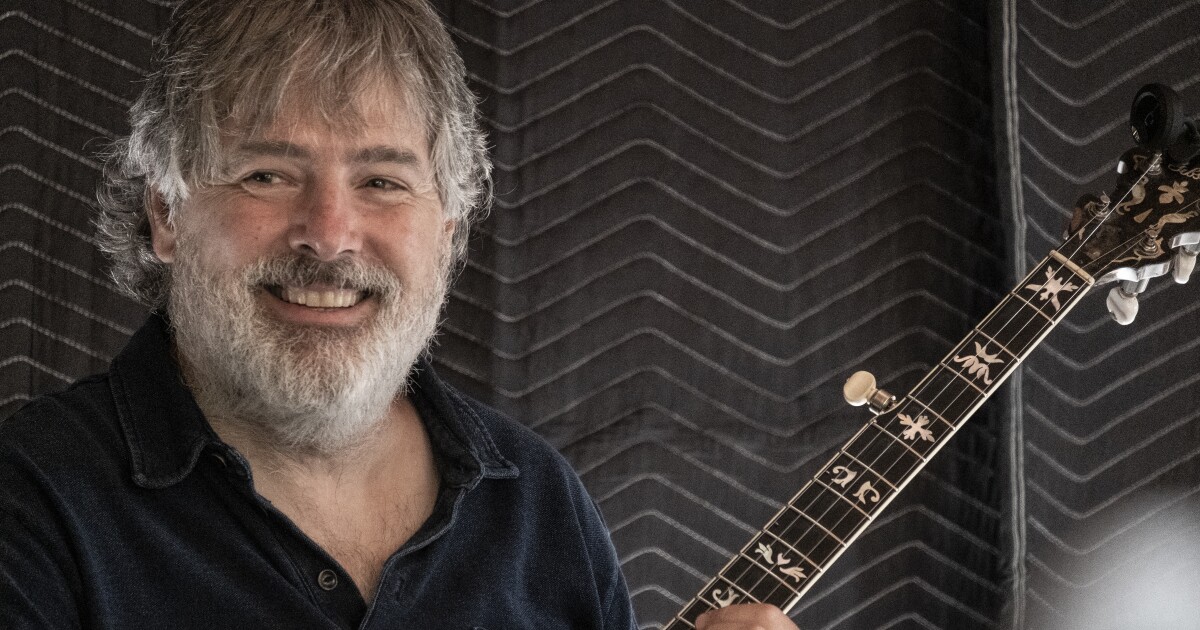 Bela Fleck has been a banjo ambassador for four decades, merging bluegrass with other styles of music. His varied musical tastes are reflected in the lineup of Grammy Awards he has won including Best Contemporary Jazz Album, Folk Album, Pop Instrumental Album, Classic Crossover Album and two for Best Music Album. of the contemporary world.

His latest album is a return to his bluegrass roots. “My Bluegrass Heart” features 20 guest musicians, all stars from the world of acoustic music. This is his third album in a bluegrass trilogy that also includes “Drive” and “The Bluegrass Sessions: Tales from the Acoustic Planet, Vol. 2 â€, released in 1999.

Fleck performs at the Sheldon Concert Hall and art galleries on Wednesday with a group of musicians who are headliners in their own right: mandolinist Sam Bush, dobro master Jerry Douglas, bassist Edgar Meyer, violinist Stuart Duncan and guitarist Bryan Sutton.

True to form, Fleck’s latest album is anchored in bluegrass but still reflects his ambition for composition and his taste for ignoring the boundaries of tradition.

Jeremy D. Goodwin of St. Louis Public Radio spoke with Fleck about his musical adventures mixing genres and the impetus for his latest project.

Jeremy D. Goodwin: People know you as someone who brought the banjo to other musical contexts. At this stage of your career, how does bluegrass fit into your musical identity?

BÃ©la Fleck: I think you take some things for granted when they always have been in your life. For me, I sometimes rediscover bluegrass, and I realize that it’s one of the coolest art forms that ever existed among human beings, and I’m super proud to be a part of it.

And so I would play down the bluegrass part of myself. But every once in a while I would come back to it and realize that it might just be the hottest thing I’ve ever been a part of. And then everything I did outside of that allowed me to bring different ideas.

Goodwin: The last time you released a bluegrass album was in 1999, which was a very different time in your life and your career. What does it mean for you at this point to release an album like this?

Task: Well, the album is one of them, but the connection to the community is even better. Because I’m often seen outside of the bluegrass world, sometimes there’s a feeling in the bluegrass world that I don’t care or that it’s not part of who I am, or claiming it. But I do. I really do. And I have to say that a lot of the good collaborations I have done with people outside of bluegrass are not because I could play their music but because I brought bluegrass to their music.

It’s a time when I celebrate some of my long-standing relationships and build new relationships in this world. It was a community album.

Goodwin: Let’s talk about how you got here, to this project. Did you say the idea came after your child had a health problem?

Task: There was a really scary moment in our family when our little Theodore had a bleeding problem. He has liver disease which means he wasn’t getting vitamin K, he didn’t have it in his system. So a very slight cut turned into a week-long hospital stay while we tried to find a way to get his blood to clot. Very scary.

And those kinds of things change you, and they make you think about what’s important, and how time goes by. By the time I started planning this project, it was after Theodore was going to be OK. But I was different. I felt different from what mattered to me. I thought about the passing of time and the possibility of doing certain things that weren’t endless. A lot of my friends are getting old. Just the thin line between life and death sometimes.

Another element was that people want to get in touch with your family and be connected with your family when something bad happens. You want to connect. And in many ways, the world of bluegrass is my family. And my dearest friends, my oldest friends – Sam Bush and Jerry Douglas and Edgar Meyer and Stuart Duncan, guys like that, wanting to reconnect with them and make music that I knew how to do. It didn’t seem like a high jump for me. I didn’t think I had to reinvent the wheel and create something that had never been done before. Although in a way, I think it happened, in a natural way.

Goodwin: How is this album different from the other stuff you’ve been working on recently?

Task: I like to write things that allow everyone to contribute their own ideas. I’ve written orchestral stuff, and it’s not like that at all. You have to write down every note, every articulation, every dynamic. You want to make it something they can read and play with an hour of rehearsal.

This is different. It’s more like jazz, where you provide a sketch with a few hard knocks here and there, maybe a counterpoint, maybe a few unison lines, a few chord changes – but then you open it up and let it go. people make their own statement on what you have created. It’s very common between bluegrass and jazz.

Goodwin: Many of the great figures we think of in these two genres are both composers and conductors. It’s a balance between bringing the scores to rehearsal, of course, but finding a way for the rest of the band to have their moments.

Task: Exactly. But you also need to understand what makes your recording different from other people’s recordings. With this record, with all these different players, you’re not going to see that combination on a lot of other records, maybe never. But I always try to push things at them that they usually don’t come across.

Everyone has sweated a bit to play this music. No one was like, it’s easy. There were a lot of requests. When you listen to the arrangements, when you play – you can call it the chorus of a song – it’s going to be different the next time it happens. It may have a different number of bars, or the chords may be different, or the melody may be different, or it may have a counterpoint, or it may be half-time. Things like that. By doing all of these ideas that I learned outside of bluegrass and trying to apply them to the instrumentation of a bluegrass band.

Instead of trying to play like Earl Scruggs or play like JD Crow, I try to play like me here. And “me” is a guy from New York who loves all kinds of music. So my bluegrass should reflect that, or it’s just not fair.