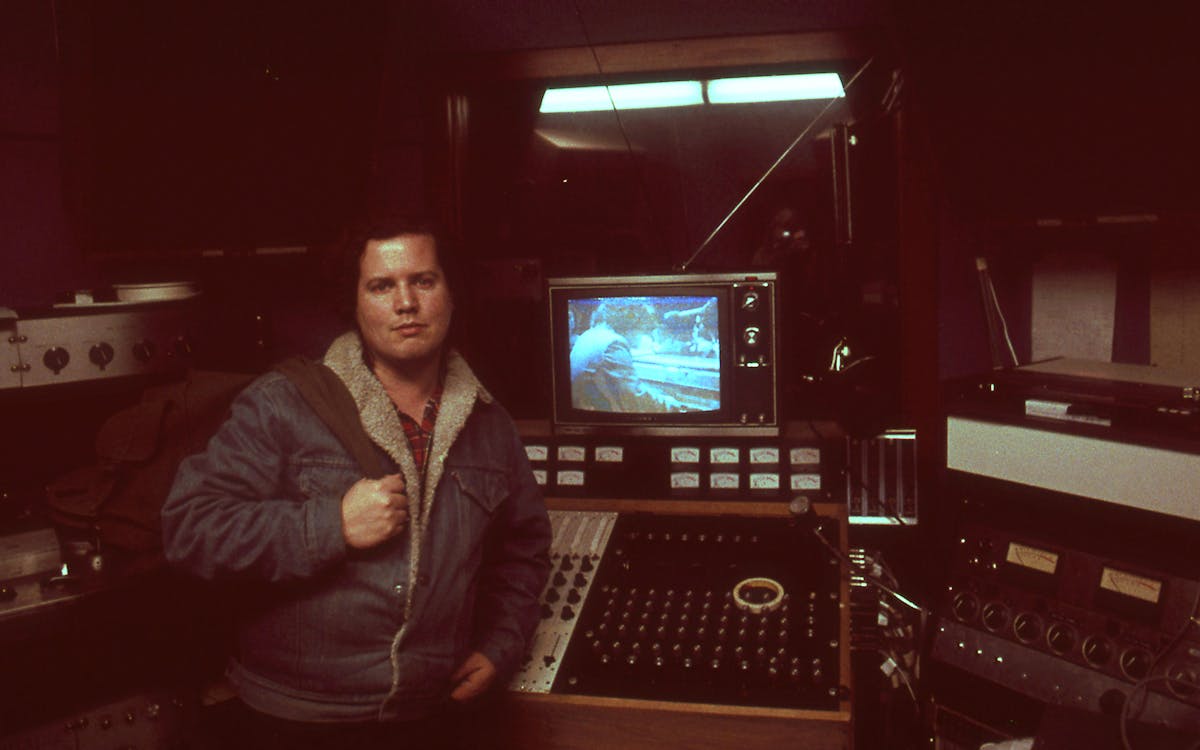 What’s in a name? It’s a question that arises when thinking of a boy born Joseph Gantic in San Antonio on New Years Day 1945 to William and Eleanor Gantic. But when her biological father disappeared in the Asian theater during World War II that year, the child was given up for adoption.

Named Robert Nathan Sheff by his adopted family, he became a child prodigy, playing the piano from an early age and studying composition from the age of eleven. As an adult, Sheff rebranded himself as “Blue” Gene Tyranny, a funny and fantastic name that can be interpreted as a commentary on genetics, a pun on this ubiquitous Texas fabric, and a biased tribute to women. 40s, Gene Tierney.

“Blue” Gene Tyranny won’t be a household name for most, as the Texan was as chameleon as his many changing names suggested (for groundbreaking opera Perfect lives, Tyranny even took on the character of â€œBuddy, the greatest pianist in the worldâ€). But for a generation of artists, Tyranny was an essential collaborator. His attentive ear, polymath musical pedigree, and empathetic piano work have supported Iggy Pop, composer Robert Ashley, jazz composers like Carla Bley and Bill Dixon, Laurie Anderson and many modern dance troupes. He tended to distract from himself, releasing albums under his name only intermittently. But with the recent retrospective set of six CDs by the late composer and accompanist, Degrees of freedom found, Tyranny’s full range can be properly heard.

Small Texas label Unseen Worlds debuted in 2007 with a CD reissue of Tyranny’s exquisite 1978 debut album, Out of the blue, reintroducing its avant-pop charms to a new generation of listeners. The label has since moved to New York, but the circle has come full circle with Degrees of freedom found, featuring over six hours of unreleased Tyranny music.

Freedom regained, removing music from his personal archives, was a project started in the later stages of Tyranny’s life. And while he didn’t live to his term (he died of complications from diabetes in late 2020), the set is a lasting tribute, including the most comprehensive portrayal of the supernatural musical spirit of the man. It is the perfect document of an unclassifiable talent, impossible to assimilate or to evaluate in a single listening, even ten, and revealing with each piece of astonishing musical discoveries.

Tyranny has spent most of his adult life performing and teaching composition in Ann Arbor, Michigan, Mills College in Oakland, and New York City, but the musical stew of his South Texas upbringing is not never far from the surface. As a child, Tyranny would take a little transistor radio “in bed and hide it so my parents couldn’t hear it,” he told his colleague Ned Sublette in an interview. “This is how you got your music.”

Bob Wills’ Texan swing and Tex-Mex, Fats Domino-style R&B and Sunday morning gospel were some of the sounds that fueled him. After his first composition course at Trinity University at the age of eleven, his teacher sent him home with the works of singular American composers like Charles Ives and Harry Partch.

As a teenager, Sheff began planning new musical events with friend and budding songwriter Philip Krumm. But on the weekends, he could be found typing the keys in rock and roll bands at the local drive-in. The two corresponded with John Cage, Yoko Ono, La Monte Young and other avant-garde composers, world-first creations at the McNay Institute in San Antonio, which is no small feat for two teenagers from the South. Texas who have not yet completed high school.

When, at the age of sixteen, Sheff won a BMI Student Composer Award in 1961, he moved to Ann Arbor, where he worked with pickup groups for Motown artists on tour, a blues band with the future Iggy Pop, as well as a new generation. avant-garde composers like Ashley and Gordon Mumma.

At the deepest Freedom regained, you can hear on disc six “Wooden Nickels”, a silky jazz soul track with a group of nine musicians led by the future tyranny on a Hammond organ in the late sixties. It nestles alongside “How to Swing a Dog”, a manic ’80s synth song that is a haunting electronic meditation based on a speech by gay rights activist Harvey Milk. There is also a honky-tonk version of Tyranny’s song “Leading a Double Life”, reworked into a ballad. All of the above occur within 45 minutes.

There are many portals in Tyranny’s musical mind, but the one that stands out is â€œDaylight Savingsâ€ from disc five. It opens with instantly recognizable riffs on “The Star-Spangled Banner” and “Take Me Out to the Ballgame” before making a detour to a lyrical and contemplative solo piano piece. You’ll find yourself humming along to these deeply rooted melodies and then wondering where tyranny has taken you. A 1984 solo synth soundtrack for dancers, “Barn Fever,” ranges from whimsical to cosmic throughout its 25 minutes, ranging from cheesy lounge music to surreal pharmaceutical advertising, eventually achieving transcendence to end.

Freedom regained does not always make sense. The first disc offers the ruminative piece for solo piano “The 36 chords of the son of the conductor”. A few records later, it returns as an expansive and elaborate over ninety minute piece “The Driver’s Son”, what Tyranny called an audio storyboard. It sounds like some of his most beloved works, like the lyrics and electronic meditations from his debut album or that of Robert Ashley. Private parts, but it seems much more difficult. I haven’t quite managed to unlock it yet. But as the box set progresses, this baffling quality becomes one of his strengths, always showcasing Tyranny’s lavish talents.

Which is a rare treat. As one sound engineer described in the 2020 documentary Just for the record: conversations with and about “Blue” Gene Tyranny, “he supports everyone … that’s what he is.” He was the accomplished collaborator, and here the curtain finally rises to reveal the wizard building his own idiosyncratic worlds. You are also likely to be completely enchanted with a Tyranny solo piano piece that you are bewildered by everything that comes next. Piece to piece, disc to disc, Freedom regained is daringly contradictory, much like the proclamation of the poet Walt Whitman: “Am I contradicting myself?” fill all the corners of the set.

From screen to stage, live music is making a slow and steady comeback in British Columbia