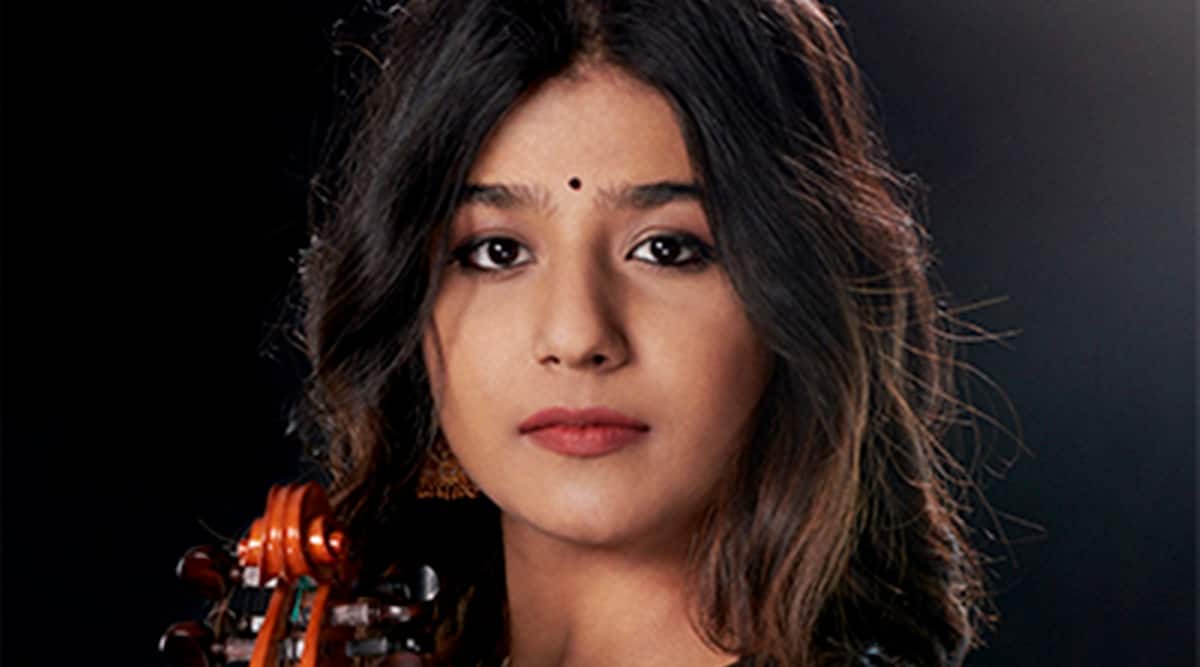 “I wanted to try to create a composition that had the same format as a Carnatic Thillana – a piece that is presented at the end of a Carnatic classical concert with mathematical ‘Jathi Prayogas’. So I wanted to merge the two, create a song and arrange it in a world of Western harmony,” the violinist explains, speaking about her composition “Merging Parallels,” which earned her the honor on May 17.

The 26-year-old’s composition explores cross-genre musical collaborations, combining the roots of traditional Indian classical music with contemporary music and harmonies. “All of these instruments, the Carnatic format of the song, as well as the Western concept, it was the whole idea of ​​merging parallels because maybe it’s not something that always comes together. Yet there is a way to meet somewhere, the more we explore and dive deeper,” says Krishna.

Krishna’s “Merging Parallels” will be included in the list of winners’ composition catalog and will be displayed in the New York Public Library with its song notation and narrative for the public.

Apoorva Krishna says she has been playing Carnatic music on the violin since she was six years old. (Express photo)

Krishna says she has been playing Carnatic music on the violin since she was six years old. “My gurus Lalgudi Srimathi Brahmanandam and Anuradha Sridhar trained me on the violin in the style of Indian Carnatic music from South India. Later, I went to Berklee College of Music…where I was exposed to all these styles and cultures from around the world,” she says.

Elaborating on his time at Berklee, Krishna says, “I went to pursue my masters and post-masters studies at Berklee and was exposed to other cultures and musical genres. It inspired me to take my roots and put them in different contexts, broaden my horizons and share our rich traditional Indian classical music with the world.

“Merging Parallels” was part of Krishna’s debut fusion album “Intuition”, which she released last year. “It features eight original compositions fusing classical Indian elements in different contexts, collaborating with diverse genres and influences like flamenco, western classical, Latin jazz, bluegrass, jazz fusion and Middle Eastern styles,” says- she. “It was a very special album to release, and since then I’ve been writing more, and hopefully we’ll release another one soon.”