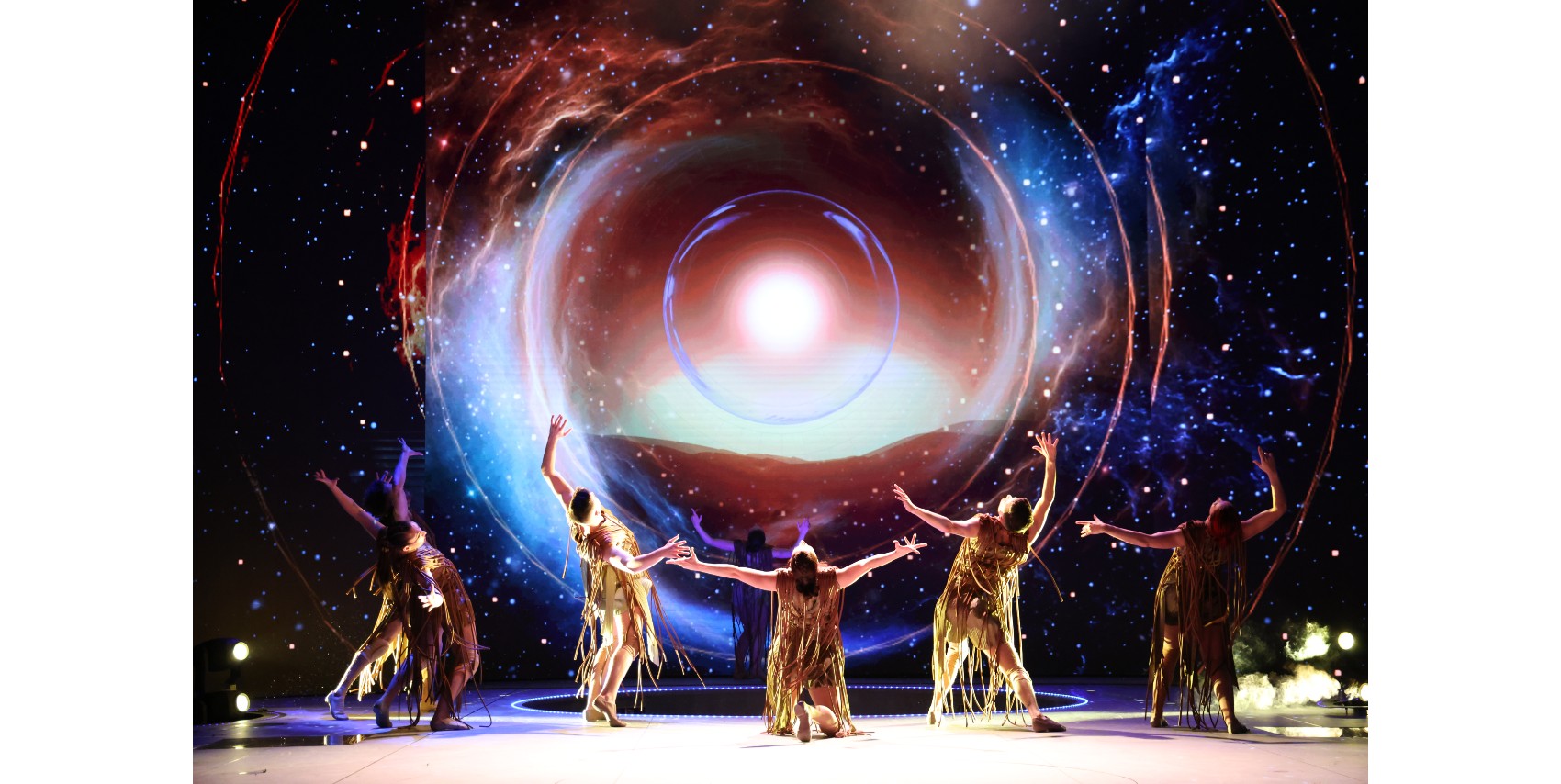 Celebrity Beyond lifts the curtain on new shows

The creative visionaries behind these have collaborated on major productions, from Las Vegas and the West End to the Olympics, and for some of the biggest brands and artists in the world, according to Lisa Lehr, vice president of entertainment, Celebrity Cruises.

“We’ve set the stage with so many experiential and imaginative offerings that I’ve never been more excited to launch our entertainment programming,” said Brian Abel, Senior Vice President of Hotel Operations at Celebrity.

Shows include ‘Elements’, a journey through the five elements – air, water, earth, fire and ether – using mesmerizing visuals, acrobatic performances and costumes inspired by the fashion. The “air sculptures,” created by Brooklyn-based artist Daniel Wurtzel, are a highlight as air is blown through large sheets of flowing fabric creating dance art with a custom air fountain first that floats above above the audience.

The choreography is by “Got to Dance” winner Lukas McFarlane and co-directed by Marck Stevens, acclaimed director from Vegas to Europe, and Liam Lunniss, visionary behind some of today’s best concerts and productions by musical artists. today.

“Stage Door” is like giving audiences behind-the-scenes access to Broadway and West End’s greatest musicals. The immersive performances are accompanied by a full symphony orchestra recorded at the London Palladium. The show is brought to life using state-of-the-art technology by the director/choreographer of “Thriller Live!” from West End, Gary Lloyd.

Entertainment throughout Celebrity Beyond will take place at The Club nightclub, introducing a new show concept, as well as two all-new live music nights.

The Jazz Joint at The Club, produced by the team behind Mayfair Supper Club entertainment at the Bellagio in Las Vegas, is a speakeasy concept show featuring jazz, power singers, dancers, specialty acts and laughs along the way.

New musical evenings are “Rocked”, with singers and members of the Theater orchestra presenting iconic concert moments and “Bring the Brass”, a tribute spanning decades from the great brass bands of the past to the musicians of today.

Out back, the large three-story Eden space will offer multi-sensory experiences that change throughout the day, from “chill” mornings to playful afternoons and everything from meditation to an art and tasting class “Create and pour” wine bottle. At night, six curated experiences including three new shows with unforgettable characters, decadent performances and Instagrammable moments.

The Grand Plaza at the heart of the ship comes alive at night with eight all-new light shows choreographed to music. The roof garden on the deck of the ship complex is the perfect place for morning Tai Chi, outdoor movies and dancing under the stars.

Camp at Sea for ages 3-12 will feature a new partnership with “Adventures in Cardboard” for activities that combine competitive play and cooperative storytelling through cardboard artwork. A vlogging class will use Go Pros, and a variety of STEM activities involve coding, the ocean, and geography.

Celebrity Beyond’s maiden voyage from Southampton is scheduled for April 27. The ship will then offer a variety of Mediterranean voyages through early October before redeploying to the Caribbean.