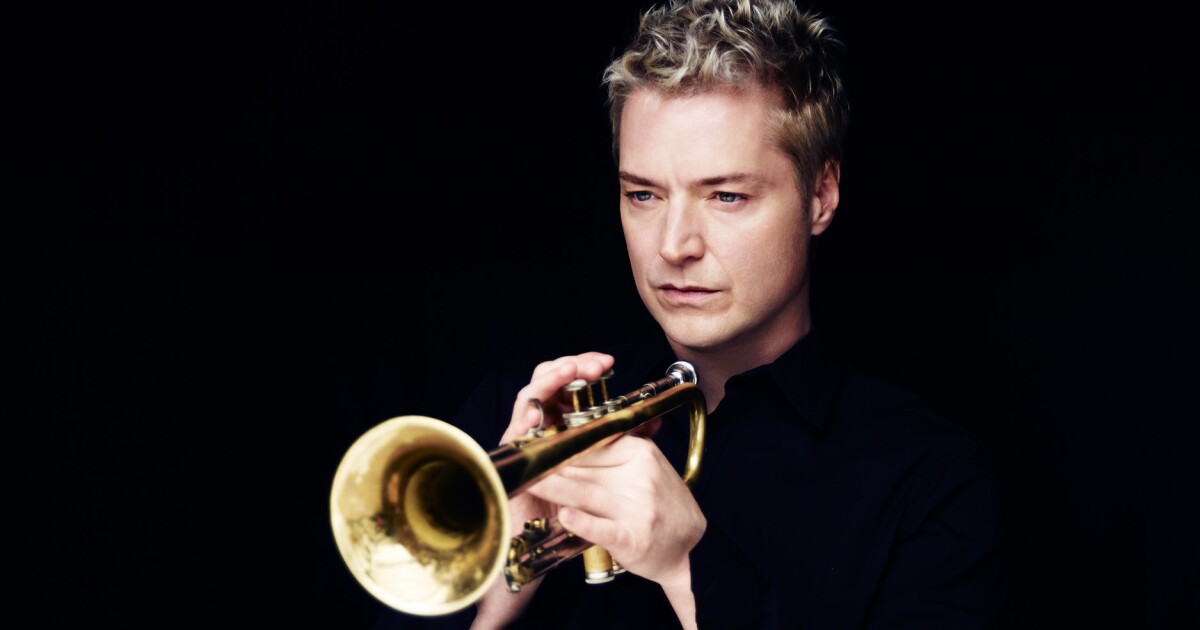 A large black SUV pulled into the parking lot and, to the cheers of people queuing at the gate of Glory House International, Tessa Souter and her group poured out of the gates. Two minutes before the scheduled start of his show.

Chris Botti, the headliner of Friday’s opening night of the CGI Rochester International Jazz Festival, also surfed the razor’s edge. Like Souter, his flight to Rochester had been canceled. But his Parcel 5 show wasn’t until 9 p.m., so he had a bit more cushion.

It wasn’t just the airlines. Giveton Gelin drove to town, and the young trumpeter from Nassau still showed up about 40 minutes late for his first gig at the Max of Eastman Place.

But in what could have been the worst night in 19 jazz festival seasons here, all was deftly avoided, all was forgiven.

Souter’s drummer was still checking out the sound of his hastily assembled kit as the crowd was finally allowed into Glory House, known at jazz festivals of yore as the Lutheran Church of the Reform. Forty-one minutes late, it was finally time for the show. During which Souter announced, on a few occasions, his displeasure with Delta Airlines.

The crowd understood Souter’s dilemma and rewarded her with a nearly full house for her opening set. Looking for a sharp cocktail lounge in a black dress, her characterful voice was accompanied by an elegant and relaxed trio of piano, bass and drums.

And, airline difficulties aside, she promised nothing but happy songs. “I got married recently,” she announced. A relaxed atmosphere prevailed. “That’s what we call real jazz,” she said, “just invention.”

On plot 5, a large, relaxed crowd sprawled on the lawn seemed almost unaware that Botti had taken the stage, opening with a mournful, languid, long and eerily beautiful trumpet solo. A breeze – almost a wind at times – swept across the expansive courtyard as downtown buildings watched the show.

As expected, Botti switched to trumpet pyrotechnics. This is what is expected of the showman. But the quieter soundscapes were so interesting. Almost avant-garde, in a way that might not bother those who came to listen to mainstream jazz.

Maybe Botti was reading the play. Souter gave us a well-deserved moment of optimism. But after these last two years, we also need a melancholy soundtrack for this time.

Strolling on stage before their first set of the evening, The Cookers were as relaxed and elegant as Souter, seven veterans of the scene. These guys have seen a thousand steps, and on Friday night Kilbourn Hall was next.

Yet from there, the group created a complex synchronicity of dispersion. Saxophonist Billy Harper’s “Call of the Wild and Peaceful Heart” was the perfect entry for this outfit. Opening like a kind of black jazz, like Cadillacs rolling down a dark, slippery street, it was piano, drums and bass led by two saxes and two trumpets.

Yet The Cookers continued to evolve and change. Wild and peaceful, as the title of the song says. Unrestrained, a cacophony of each player keen to create their own world. It wasn’t for some people outright in the crowded Kilbourn Hall, but for many others it was unfettered jazz. No rules, no rules, no rules…

no corn dogs for you

Preconceptions can be deadly.

“I think people think of us as a big band,” says NYChillharmonic creator Sara McDonald. “And obviously that conjures up a very specific idea of ​​what it’s going to look like and look like.”

How did this collective of 18 musicians present themselves to the public at the Perth International Jazz Festival? This music from the mind of a woman who grew up with the sparkling Icelandic voice of Bjork and the deafening hammer of Nine Inch Nails? How did that kind of jazz, that kind of metal, that kind of techno, seem and sound to the critics?

“It was like, ‘That was good. But that was weird,’ McDonald says. “I was like, ‘I don’t know if that review was good or bad or what?’”

Now it’s our turn. The Brooklyn-based band plays at 7:30 p.m. and 9:30 p.m. Saturday, the second night of the festival, at Glory House International.

“It’s obviously not the most jazzy thing in the world,” says McDonald, the band’s songwriter and vocalist. “But I also think it’s a nice term, at least in my opinion, ambiguous at this point. Unless you’re really talking about, say, straight jazz.

“Surface Tension,” the first track from the band’s 2019 self-titled debut album, is the mission statement. It slides from a shimmering minimalist opening, something like Philip Glass, to a chiming pop as McDonald’s voice moves. As the piece unfolds, there’s a lot going on in there, with the music going from understated to energetic and then back again.

McDonald admits that the very name of the group – NYChillharmonic – suggests an ironic attitude. A band that was meant to be a once-in-a-lifetime musical moment, but has now played on five continents, joined along the journey by around 400 musicians.

She now takes this project very seriously. “And whereas it started as a joke, now it’s like, you know, there’s some name recognition associated with the band,” she says.

“Oh, there must be a lot going on at the same time,” she said. “Like, I’m really kind of functioning in this organized chaotic state of being and it’s like there are so many moving parts all the time.”

Growing up in a family of musicians, McDonald began performing in plays at age 6 or 7. By the time she graduated from high school, she estimates she’s appeared in 30 or 40 musicals. She also had a rock band in high school. A graduate of the New School for Jazz and Contemporary Music, McDonald also received the Herb Alpert Young Jazz Composer Award from the ASCAP Foundation.

She covered a lot of territory in a short time.

A runtime sentence on the standard.

“Like OK, every time there’s a concert there’s a million people here and there’s a million things and it’s like you have to rehearse and learn all this music and everyone plays a role,” she said. “And every part is so integral to the whole, to the overall production, to the outcome and to the experience.”

McDonald is also musically dispersed, managing a dual career as a musician and artist manager. “So my whole life is literally dealing with people and dealing with crises,” she says. “The crisis, if you will, including mine.”

It works like complex machinery: the components are the rhythm section, horn section, string quartet, synthesizers and McDonald’s lead vocals. After the band released their debut album, COVID slowed their progress. New songs were released as singles. And they sound heavier than the band’s previous work.

“Mean” is a complex and assertive progressive piece. The lyrics – “You’re so mean to me” – are not a conversation between two people, but an internal conversation inside a person’s head:

Divide to let me see

All the wars you’ve hidden

Hold my eyes open and scream

Good or terrible or what? If it’s a jazz band, it’s on the rocks. In the right direction.

“At first, everyone was really shy,” McDonald says. “I included myself, I couldn’t even make eye contact with people because I just didn’t have confidence in myself or in the project.”

But now? McDonald describes his group as “a little beast”, and one with a dual purpose: as a dance group and as a listening experience.

“I think writing lyrics in general is weird and extremely personal,” she says. “Whether or not you intend it to be, because other people will expect it to be.”

Daniel J. Kushner of CITY Magazine conducted the interview for this article.

If You’re At A Thrift Store And See These 10 Items, You’re Probably In Utah