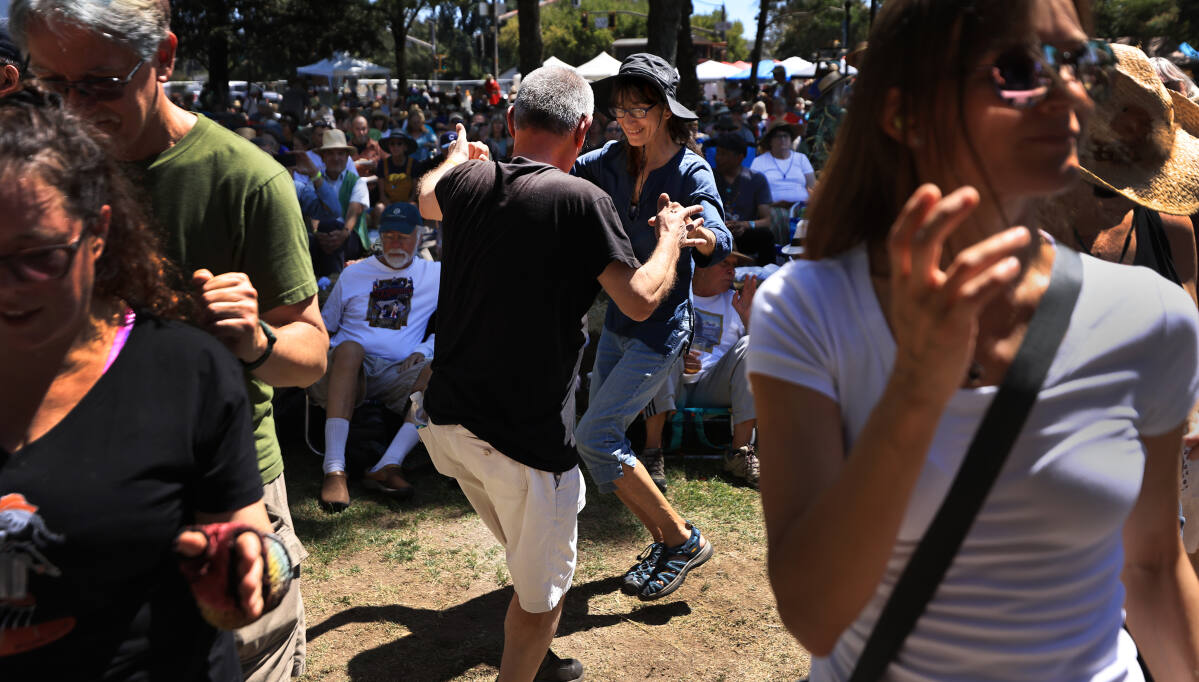 As Forth Worth-based Ginny Mac played a bluesy tune on her accordion on Saturday afternoon, Faith Davis stood in the crowd at the Cotati Accordion Festival, reminiscing on how she once hated the instrument’s organy sound .

Davis, who lives in the Coast Mountains west of Willits in Mendocino County, said the first time she attended the festival was several years ago when she was still married. and that his wife was learning to play the instrument.

“I had to listen to him practice,” she said, adding that she took him to the event “thinking he might have an idea of ​​how to play.” .

She instantly became a fan.

On Saturday, the first day of the festival which continues Sunday, Davis was one of thousands in attendance, enjoying an eclectic array of accordion music styles including klezmer, zydeco, polka, Mexican conjunto, blues and rock.

“It was easy to get quality performers because everyone was eager to get back on stage,” Goree said.

The in-person festival was canceled in the first year of the pandemic in 2020, although a virtual gathering was held. He returned the following year with fewer people in attendance and 50% fewer vendors, Goree said.

He said last year’s festival “kept him alive” and set the stage for an even bigger comeback this year.

“All of those things that we were hit on last year are back to normal, maybe even better,” Goree said.

On Saturday, hundreds of people took shelter from the sun in the shade of tall sycamores and oak trees in La Plaza Park in downtown Cotati. Large tents were set up for dancing, jam sessions from musicians and a host of vendors selling clothes, hats, handmade baskets, jewelry and artwork.

Accordionist musician Alex Meixner, honorary director of the festival this year, commented on the “cool weather” in Cotati, adding that recent shows in Texas have seen temperatures 16 degrees warmer.

For Ginny Mac, the 37-year-old accordionist from Fort Worth, Saturday’s busy in-person event was a welcome return to normalcy. Mac said she had been playing the accordion since she was seven years old and performed at the Cotati festival in 2010.

Mac’s music blended a variety of styles, including swing country and western, folk, traditional jazz, with some elements of world music. She also plays the piano, but the accordion is her favorite instrument.

“What I like about the accordion is that it’s against my body. It feels like another appendage,” she said. “My heart beats with that.”

The festival continues on Sunday. Tickets are $23 for adults at the door; $21 for seniors. Children 15 and under are free when accompanied by a paying adult.

You can still get advanced tickets online at $17 for seniors and $19 for adults.