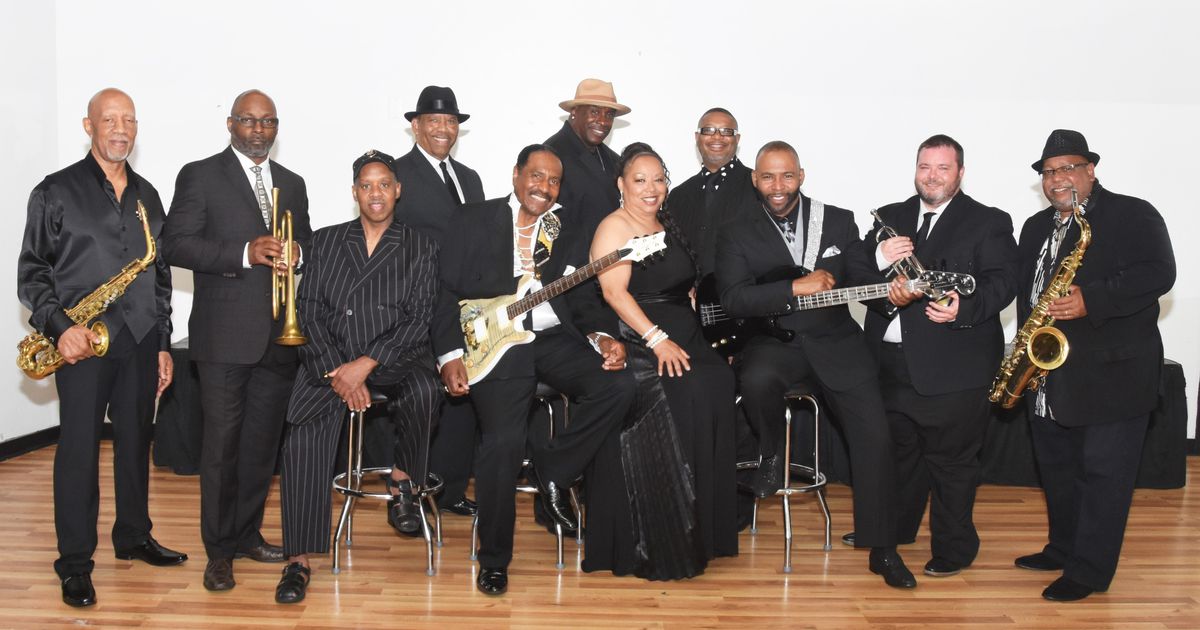 The Dayton Funk All-Stars and a few very special guests will join the Dayton Philharmonic Orchestra for “Dayton Funk: A Tribute to Dayton’s Funk Legacy” at the Schuster Center in Dayton on Saturday November 6th.

The concert is the closing event of the Dayton Funk Symposium which opened on Wednesday at various locations around the city.

The Dayton Funk All-Stars performed at the Levitt Pavilion in downtown Dayton this summer. They will be joined by the Dayton Philharmonic Orchestra for “Dayton Funk: A Tribute to Dayton’s Funk Legacy” on Saturday November 6th. CONTRIBUED / TOM GILLIAM

“Last week I had my first rehearsal with the Dayton Funk All-Stars,” said DPO Artistic Director Neal Gittleman. “I went over to them and sat down, so to speak, during their rehearsal and they sound great. I was sort of playing and making sure the arrangements and everything worked out and it was just great because they’re a fabulous band. They really cook.

“The Motown Sounds of Touch sang on a few numbers with us and they sound fabulous,” he continued. “It was a bit loud for my classic tender ears, but I put on my protective earplugs and typed on my small portable keyboard. I’ve never played in a rock band and I never will, so it was a lot of fun. Artistic Director Neal Gittleman will conduct the Dayton Philharmonic Orchestra and the Dayton Funk All-Stars during “Dayton Funk: A Tribute to Dayton’s Funk Legacy”. This concert, at the Schuster Center in Dayton on Saturday, November 6, is the closing event of the University of Dayton’s second Dayton Funk Symposium. CONTRIBUTED

Today’s funk numbers incorporated elements of jazz, rock, and pop into this filthy brand of R&B. They weren’t just four-man garage groups. The Ohio Players, Sun and other bands had additional brass sections, keyboards and percussion, so much of the material is perfect for a symphonic presentation.

“Some of these funk songs really lend themselves to the orchestra,” Gittleman said. “While they were writing some of these songs, they deliberately created spaces for the brass section, a string section and even the harp in a few places. Once synthesizers started having string patches, in some places those keyboard parts mimicked the sounds of stringed instruments.

The concert features symphonic versions of indelible classics like “Always and Forever” by Heatwave, “Love Rollercoaster” by the Ohio Players and “Fantastic Voyage” by Lakeside. There will also be lesser known songs like “Dancing in the Moonlight” by Platypus and “Wait for Me” by Slave.

“These are basically recreations of the original songs,” Gittleman said. “We have a string orchestra and we have brass, flute and harp, so these songs will sound pretty much like they sounded in the original, but with fuller and deeper accompaniment in the background. Ken Burns is a crackerjack arranger so that will be great.

HOW TO GET THERE

Terence Blanchard’s opera: “The fire goes out in my bones”