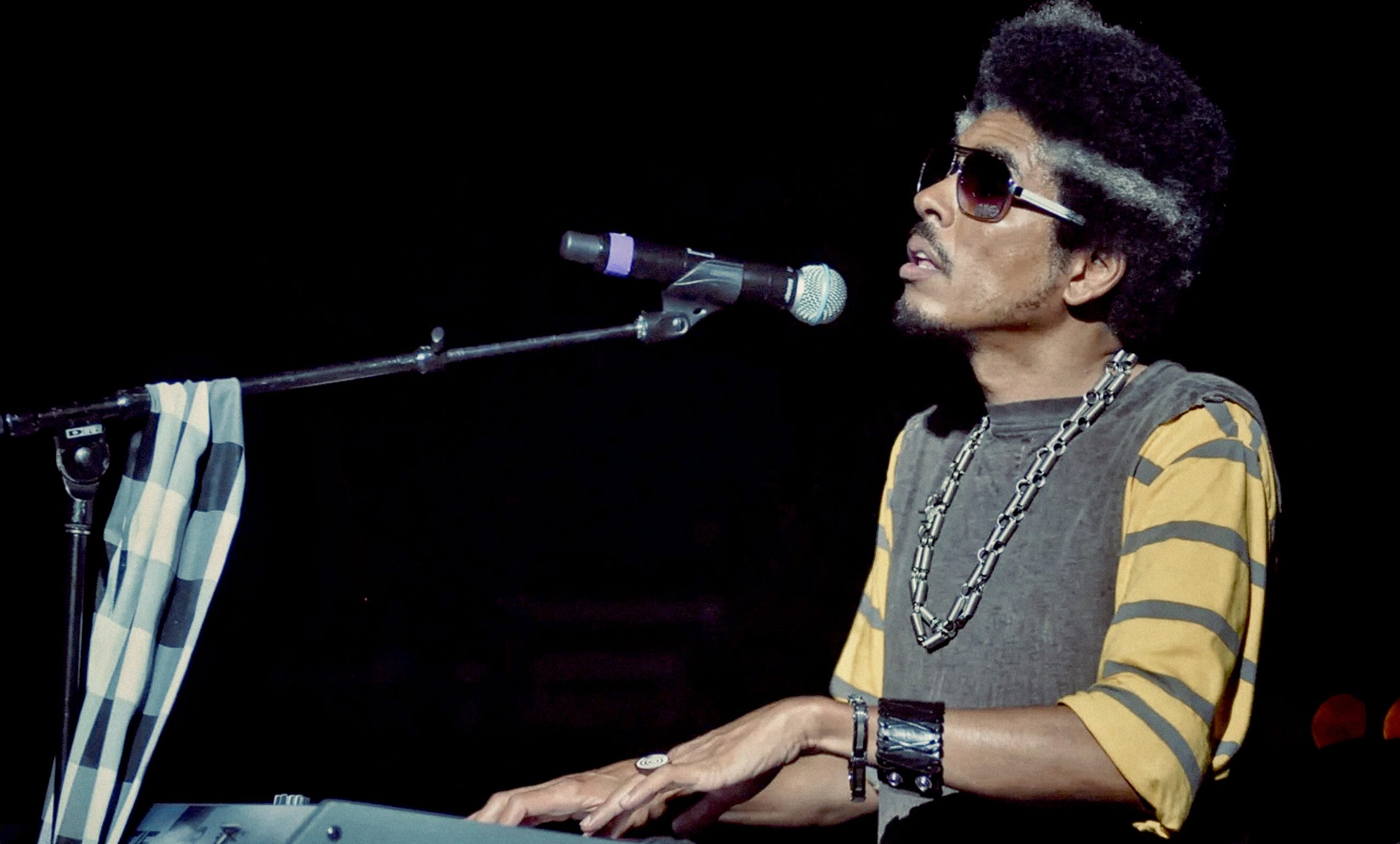 Digital Underground leader’s musicality to be featured in posthumous album

Gregory “Shock G” Jacobs, the late frontman of legendary Oakland hip-hop group Digital Underground, didn’t immediately take to the piano when his parents taught him lessons as a child. In fact, “he hated it,” recalls his brother, Kent Craig. “We never sat down to talk about it, but I thought it was because his piano teacher never taught him the songs he wanted to learn.”

But with the musical influences surrounding him, it was only a matter of time before Jacobs managed to type notes on the family’s old piano. “Our pops had a case of records -” Band of Gypsys “by Jimi Hendrix was in there,” Kind of Blue ” [by Miles Davis] was in there, and ‘Straight No Chaser’ by Thelonius Monk was there too, â€said Craig. â€œThat’s how he learned to play. He would sit and play the records.

Her grandmother, Gloria Ali, taught her how to play Monk’s “Round Midnight” and from there Jacobs took off. He figured out how to play more songs by ear and eventually became a mainstay of piano bars in Tampa, Florida, where he lived before moving to Oakland. According to Craig, Jacobs tried to study the piano formally during a stint at Hillsborough Community College, but was kicked out of the class (for reasons unspecified by Craig).

Jacobs was much younger than the other musicians he played with in piano bars, Craig said, testifying to his skill level and self-confidence even at a young age. â€œCome to think of it, I think he was really talented. That word is used a lot, but I think he was good in that he could hear a song and then he could just play it.

Jacobs, who died suddenly in April, was not widely recognized for his musical talent during his lifetime – most casual fans remember him today for his raps and various stage characters with Digital Underground – which makes ” The Piano Man “, a loose collection of jazz-style solo piano songs played by Jacobs, so remarkable. The title of the next album, slated for release in 2022, is a reference to one of the many aliases Jacobs used during his time with Digital Underground. TNT Recordings released the album’s first single, “To Zion,” on October 26, a cover of Lauryn Hill’s 1998 classic.

Jacob’s started recording the album a few years ago, with the help of his longtime friend and former Digital Underground manager Atron Gregory, who also helped the band secure their recording deal with Tommy Boy, the label that released the band’s first classic album. , “Sex Packages.”

â€œI sent an engineer to the hotel he was staying at and said, ‘I’m just playing,’â€ said Gregory.

The end result was two hours of free Jacobs riffs, which ranged from dark blues chords reminiscent of Duke Ellington’s rendition of his song “In a Sentimental Mood” in 1963 to lighter, more jovial flourishes that could establish comparisons with Thelonius “Monk’s Dream”.

Longtime Gregory and Jacobs engineer Michael Denten is now breaking up the session into songs, while keeping the fluid nature of Jacobs playing intact. â€œThe good thing about jazz is that imperfections are sometimes okay because it’s a feeling, so we made a point of never taking the feeling away and staying true to who it was,â€ said Gregory. .

Recording of the project may have started a few years ago, but recording a Jacobs jazz album was a long time coming. â€œKent has known he’s been talking about it for decades,â€ Gregory said. “[Well-known jazz musicians] Stanley Clarke and Chick Corea had heard him play the piano and they were like, “You have to make a jazz record.”

When Gregory played a sample of one of the songs for him in his living room, Craig said he “felt like my brother was in the room playing like he always does.”

The release of the new song collection, Gregory said, is part of a larger effort to showcase the talented musician who often hid behind the Groucho Marx-style fake nose and wide-rimmed glasses donned by his Quirk. most famous ego, Humpty Hump.

â€œHe didn’t let a lot of people know who he was, so they didn’t know he produced the music, wrote the music,â€ Gregory said. â€œCasual fans know ‘The Humpty Dance’, ‘Freaks of the Industry’ and ‘I Get Around’. What they don’t know is that he did a remix for Prince, he worked with George Clinton, he worked with Murs.

Jacobs, as “Shock G”, founded Digital Underground alongside Jimi Dright, Jr., also known as “Chopmaster J” and the late Kenneth “DJ Kenny K” Waters in the late 1980s. The band relied on their musicianship and incorporated live instruments into their songs, such as when they performed parts of Herbie Hancock’s â€œCameleonâ€ and Parliament’s â€œAqua Boogieâ€ on their song â€œUnderwater Rimesâ€.

â€œThese weren’t just samples to create the rhythms, but samples to combine with live playing and piano,â€ Craig said of Digital Underground’s music. â€œThey weren’t the first because there were people doing it early on, because they couldn’t erase the samples, so they brought in musicians to play it a little differently. But I think Shock definitely took him somewhere else.

Gregory feels responsible for representing Jacobs and his music in a way the artist would have wanted if he was still alive. For him, that means consulting various members of the artist’s family and former members of Digital Underground. â€œI’ve always said this is about what the family wants and if they don’t want something to happen then it isn’t going to happen,â€ Gregory said.

Six months after his death, Gregory and Craig continue to sense Jacobs’ absence. Gregory has a piano at home but does not know how to play it. Jacobs was the one who kept the piano seat warm and the house filled with music, he said. The two have a plethora of heartfelt stories to share about the late musician.

One of Gregory’s most defining moments was a time in which Jacobs, Tupac Shakur and the group Public Enemy participated as the artists accompanied each other on tour. “He was sitting playing the piano in the lobby – we’re all relaxing in the lobby – when suddenly the hotel door opens and this guy comes running up, dives over the counter where he is.” found the staff, and after him was Tupac, â€said Gregory. “Tupac is suing this guy because he thought he stole Chuck D’s Raiders jacket backstage at the concert.”

Craig recalled a story DJ Charlie Chase of the Cold Crush Brothers told him about dating Jacobs. According to Chase, Craig said, the two musicians were in Tampa and they were going to a show in “a really expensive hotel.” Jacobs spotted a Steinway grand piano in the lobby, and he couldn’t resist the urge to play.

â€œCharlie said Shock just walked over to the piano, took the chain off, locked it back, sat down, took off his rings, and everyone at the hotel was like: “Who is this fool? Because he wasn’t dressed like everyone else. I know he looked great, but they looked at him in a special way, â€Craig said. “Charlie said to Shock, ‘are you sure you can do it’, because the staff started walking, but he said, ‘No, I get it.’ As soon as he started playing people started to come out and within minutes there was a crowd around the piano.

The excitement felt by those random onlookers when they heard Jacobs play the piano that day is exactly what Gregory and Jacobs’ family hope to spark with the new song collection. “I think most people would interpret that as being beautiful,” said Craig, “as if they would be impressed and think it was beautiful based on her sheer ability.”

“The Nutcracker” in Columbus and other Christmas 2021 musical events

“A World Anew”: singing together, playing music together