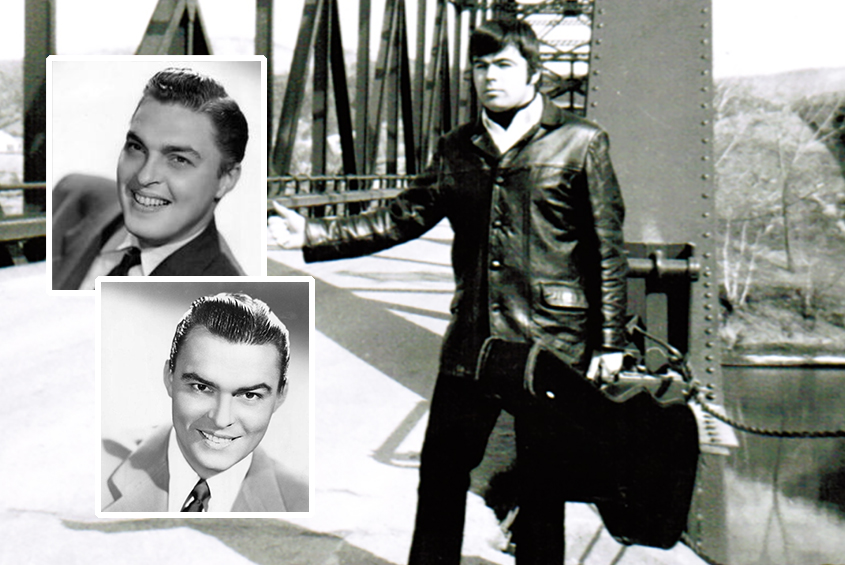 A pair of Mechanicville brothers who led separate WWII-era bands that repeatedly appeared on the music charts, and a North Country musician who toured the United States and recorded numerous albums during a 56-year career, are among those in third class to be inducted into the Capital Region’s Thomas Edison Music Hall of Fame at 7 p.m. on Wednesday, October 27 at the Universal Preservation Hall.

The ceremony will include live musical performances and tributes to inductees. On the program, artists playing the music of the inductees: Dylan Perillo; Sean Wendell; Brown Liquor Social Club with Chris Dollard and J Yager; and Peter Pashoukos and Greg Greene (from the Perennial group). Tickets are $ 20 in advance, $ 25 on the day of the show.

â€œThis is our largest class to date and brings the total number of inductees to 15,â€ said Jim Murphy, co-founder and co-producer. â€œThe judges have nominated nearly 100 people and groups since we started the process, so there is no end in sight to celebrating our local music scene as more and more groups and individuals enter. line of account. “

Bob Eberly – who changed the spelling of his last name Eberle when he started singing professionally – was hired by the Dorsey Brothers Orchestra after winning an amateur hour competition on the Fred Allen radio show and shortly before Tommy Dorsey left the band to form his own band. He stayed with Jimmy Dorsey and in the early 1940s the Jimmy Dorsey Orchestra recorded a series of Billboard hits with Eberly and Helen O’Connell. He also recorded the original version of “I’m Glad There Is You” in 1942 for the Dorsey Orchestra which has become a standard in jazz and pop. Bob’s younger brother, Ray eberle, joined the Glen Miller orchestra in 1938, and recorded several hits and songs for this group until 1943. After a brief stint with Gene Krupa’s group, he began a long solo career. From 1940 to 1943, he was a Billboard College Poll finalist for male vocalist; he also appeared in several films in the early 1940s and on several television variety shows in the 1950s and 1960s. The brothers are natives of Mechanicville.
Jim Barrett’s The local music show “Kaleidoscope” enters its 55th year of broadcast this fall. The show was founded in 1967 on the Rensselaer Polytechnic Institute’s university station, WRPI, and then transferred to Albany Broadcasting, then to WVCR-FM and later to WAIX-FM 106.1.
Originally known as Sonic Undertones, figs have recorded 13 studio albums and several EPs, live albums, compilations and singles. The Saratoga-based group has served as the Graham Parker backing band since 1996 and has also toured with Tommy Stinson of The Replacements. Founded in Saratoga Springs in 1987, the original lineup of Mike Gent (guitar), Pete Donnelly (bass) and Guy Lyons (drums / guitar) went to high school together. Pete Hays (drums) then joined the group.
Eddie Ade Knowles was a mainstay of African and Caribbean music in the capital region since he joined Rensselaer Polytechnic in 1977 until his death in 2020; there he served as Dean of Students, Vice President for Student Life, and Professor of Practice in the Arts and Humanities. An accomplished musician with 50 years of performance, residency, workshops and recordings as a percussionist, his artistic interest focused on African, Afro-Cuban and New World music and dance. He was for many years a member of the board of directors and chair of the music program at Troy Music Hall. In 2004, he founded the Ensemble Congeros, a group dedicated to the study and interpretation of Afro-Cuban, African and New World percussions.
native of Albania Pass Parsons and his Skip Parsons Riverboat Jazz Band have been staples of the Capital Region jazz scene since 1956 and have performed with a long list of notables. Albany Mayor Kathy Sheehan issued an official proclamation declaring September 7, 2019 â€œSkip Parsons Riverboat Jazz Band Dayâ€.
In 1977, Kay (Andy) Spence and the late Bill Spence and a few like-minded people organized and created old songs. Inc., a non-profit organization in Voorheesville dedicated to maintaining traditional music and dance by presenting festivals, concerts, dances and educational programs. Bill, who died in 2019, was a prolific photographer and musician, sound engineer and owner of the Front Hall music label. He formed a skiffle group while in high school in Iowa City, Iowa, and performed for community organizations and dances. He later discovers the hammered dulcimer which soon leads him to form a string orchestra.
native of Ticonderoga Marty wendell, while in college, met a New York arts agent who introduced him to Johnny Cash. In the mid-1960s, he ventured into New York’s Greenwich Village with his guitar and was discovered by a producer; a subsequent recording session resulted in her debut album â€œHey, Hey Mamaâ€, which sold over 10,000 copies. In August 1968, thanks to this song, he was engaged in opening act for Johnny Cash and his troupe which included The Carter Family, Carl Perkins and the Statler Brothers. Marty has been touring and recording ever since.

The Metropolitan Opera stages the first opera by a black composer