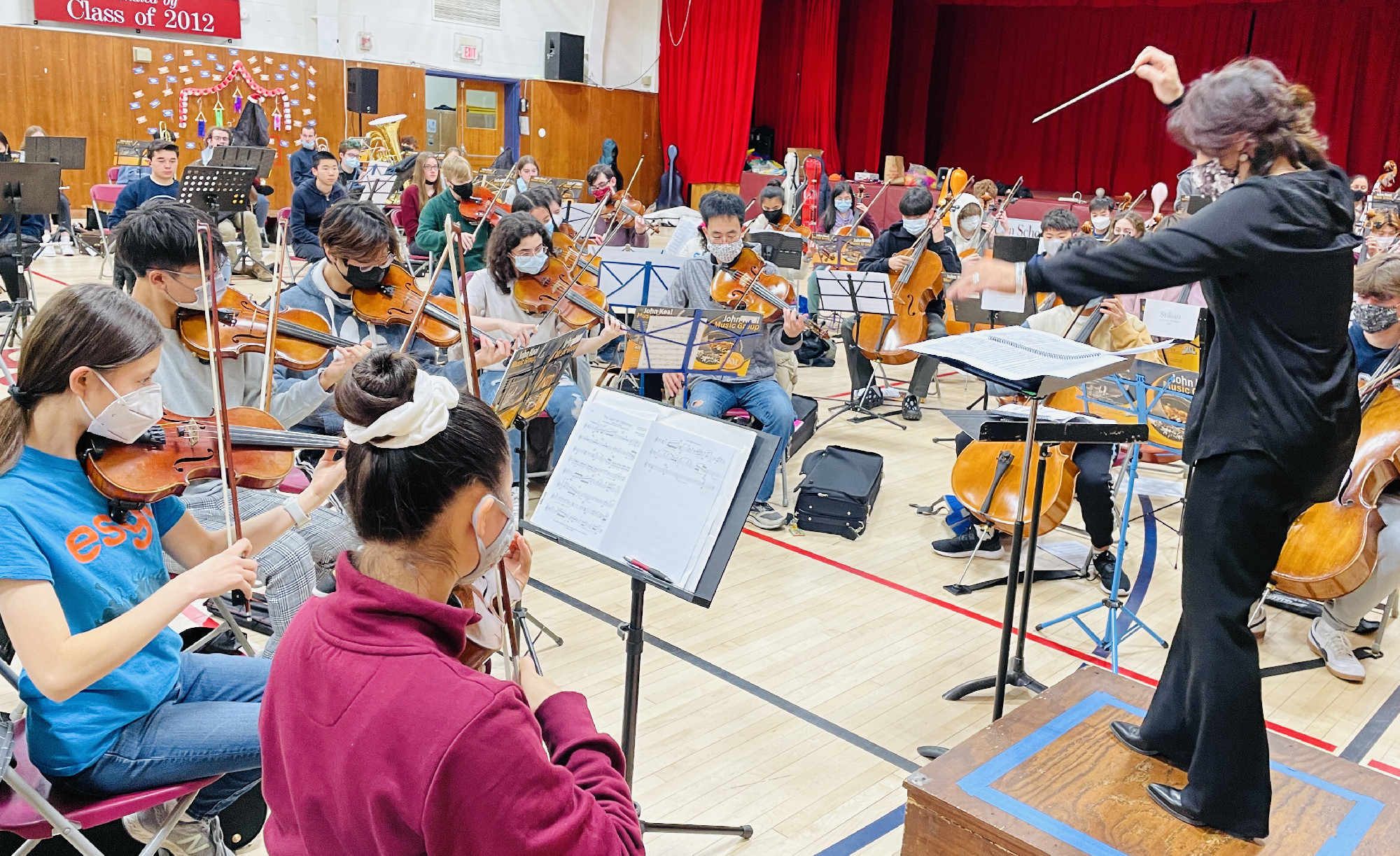 For the past forty years, the four days of Christmas Songs have been a traditional outing for local families. The pandemic changed all that last year. But the staff of the Empire State Youth Orchestra decided that the young musicians and the community needed something musical to celebrate the holidays. A Magical Musical Sleigh Ride, a holiday show, will be presented on Sunday December 19 at Proctors.

â€œMusic is the best accompaniment for the holidays,â€ said Rebecca Calos, executive director of ESYO, in an email. “We think our musicians and our community could use a magical sleigh ride and sparkling music to rekindle the light and love of the holidays.”

In addition to featuring around 85 musicians among the ESYO Orchestra, the New String Chamber Orchestra, the Youth Jazz Orchestra, as well as American Idol 2019 finalist Madison VanDenburg, the afternoon event welcomes back Helen Cha-Pyo, the former musical director of ESYO. Cha-Pyo had conducted the orchestra for sixteen years and left it four years ago to become artistic director of the Wharton Institute for the Performing Arts and principal conductor of the New Jersey Youth Symphony.

â€œI’m really, really excited to be invited to work with the current musicians of ESYO,â€ said Cha-Pyo. â€œESYO is like a house. I have a lot of wonderful memories, especially this time of year – 16 melodies, four performances each – it’s a lot of time on stage. And this year there were two students who had played under me and are now seniors. They brought me a beautiful bouquet. The first time I had received one during a rehearsal. I feel a lot of love. It has been an incredible journey for me. It’s like I never left.

While Cha-Pyo’s concern is directing, the concert itself has a theme: a sort of musical journey around the world. To do this, Calos asked famous local children’s author Vicki Addesso Dodd to write a story. Dodd had been a medical researcher at Columbia Presbyterian Hospital in New York for 13 years, particularly in the organ transplant team where she was the author of numerous medical publications.

â€œI worked 70 hours a week and loved it,â€ Dodd said. â€œBut when my husband and I moved to Saratoga Springs in 2004, I decided to try writing – it was on my to-do list. The stories have just formed. I took art lessons. . . It was amazing. “

Among his popular titles, including the Moose series, based on the moose that roamed Saratoga racetrack in 2009, Dodd’s books have received several awards. It also has its own publishing house, Saratoga Springs Publishing, which represents some 20 local authors.

For this concert, however, Dodd focused on the repertoire that David Bebe, ESYO’s pedagogical director, had finalized with Cha-Pyo and Pete Bellino, the conductor of the Jazz Orchestra.

â€œI wrote a story to complement these pieces,â€ she said. â€œSo if history made everyone stop at a frozen pond, then they would play ‘Skaters Waltz’ by Waldteufel.

Anne-Marie Gorman Doyle will tell and two children, Annabelle and Elliott Brin, will play the scenes.

Because so many bands are involved, everyone will be on stage. The concert will open with the Jazz Ensemble and the holiday classic “There is no place like home for the holidays” by Robert Allen from Glenville, then everyone will travel through Europe. and maybe play a bit of Mozart; then visit Russia (“How can you not,” said Cha-Pyo).

There will also be stops in England with music by Samuel Coleridge Taylor (“an incredible composer”) who wrote “Bamboula”, which is an energetic Caribbean dance perhaps once associated with the slaves who landed in Haiti but which is still celebrated in places like New Orleans. , said Cha-Pyo.

“It’s a happy dance and I love this piece.” she said.

VanDenberg will also premiere his new song, “The Light of Christmas” and return later to join in a traditional Christmas carol.

To make sure everything is going well musically, Cha-Pyo gave his players three instructions: â€œThey must have a lot of fun; they must play with confidence; and they need to have a lot of empathy to listen to and support their colleagues.

In these times when everyone has to wear a mask – even some instruments have their bells covered and always have to think about everyone’s safety, Cha-Pyo said the celebration was “difficult.”

â€œBut I feel like we’re coming back: live and in person,â€ she said. “I hope the music connects us emotionally, spiritually, and physically so that we all feel that energy.”

The concert will also be broadcast from 4 p.m. on Christmas Day on ESYO’s virtual concert hall.

Back in the swing