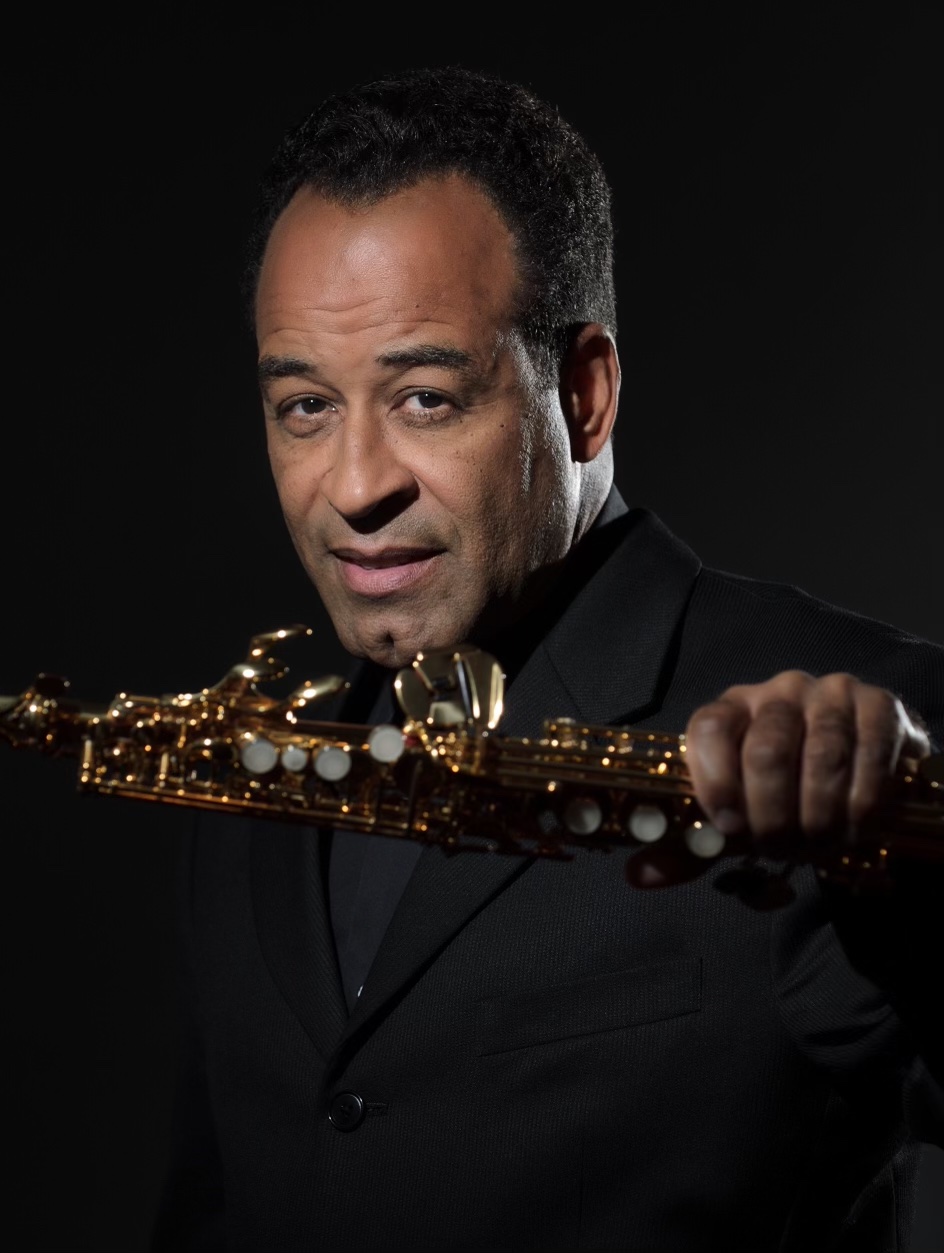 Although it may be hard for students to imagine, Loyola professors lead complex lives outside of teaching, grading, and worrying about their students.

In fact, some Loyola staff transform into rockstars, artists, storytellers and more when they leave campus. Here are just a few of the many Loyola teachers who have found ways to nurture their passions outside of the classroom.

Surrounded by the support of his family, Professor Dave Badie developed an appreciation for music during his formative years.

“I come from a family of musicians,” he said. “I started very young. I started around 4 or 5 years old and I really started studying around the 3rd year who was 8 years old and I haven’t stopped yet.

By day, Badie educates Loyola students on the ins and outs of video journalism, covering everything from the basics of using a professional camera to complex editing methods. However, at night (and on weekends), Badie transforms into a renowned saxophonist playing jazz.

His career as a jazz musician has seen the saxophonist travel the world, perform to diverse crowds and spread the joy of jazz around the world according to Badie.

“Being active kicks you out. It gives you that platform to meet people, to learn,” he said. “I think it makes you grow as a person, as a musician, as an artist, and it keeps you active and gives you a good spirit, lets you meet people and engage with people. others.”

“Art and science have always been mutually inclusive for me,” Cole said. “As an artist and practicing scientist, my approach to art integrates science through the use of creative and innovative techniques and methodologies. I reinterpret science as art.

Cole said she was not limited to one medium or style of art and featured paintings, photography, digital art and live art, all inspired by bioluminescent bacteria.

His more recent art explores more complex techniques, including the creation of figurative compositions such as portraits and nudes, Cole said.

A scientist and an artist in equal measure, Cole said she values ​​her work as an artist just as much as her work as a geneticist and teacher.

“I don’t like it when people call my art a hobby. My art is part of who I am. I can’t imagine living without my art,” Cole said. “It feeds me creatively and as a human being.”

Sodexo employee and DJ Donovan Doughty has been interested in music and art since he was a child. Doughty got his start as a DJ in his youth and quickly began learning various instruments as his passion for music deepened over the years.

“My other sense is music,” Doughty said. “It’s my favorite pastime.”

When he began his exploration of the music industry Doughty lacked many industry standard tools such as a laptop computer and electric speakers, this did not stop him from pursuing his interest in music, Doughty said.

Doughty found other ways to engage in music until he could afford the equipment needed to start becoming a professional DJ. During these years, Doughty learned several instruments, including piano and bass guitar.

Doughty had one of his first on-campus shows last month in Orleans Hall while his colleagues served lunch to the Loyola community. Doughty also live-streamed his sets from home on Youtube and Facebook Live under the stage name DJ Old Soul.

A chemistry teacher and mixed-gender musician, Shane McGlynn grew up immersed in a musical environment. McGlynn said his family exposed him to the “classics” at a young age, which prepared him for a lifelong love affair with songs and songwriting.

“My parents were awesome to me,” McGlynn said. “They were really encouraging and really allowed me to try things that I wanted to try when I was young,”

The music McGlynn heard as a child filled him with aspirations to play music like his CD artists and thus began his journey as a musician.

McGlynn said that when he was 10, he started taking piano lessons at the behest of his parents. According to McGlynn, at the time he intended to play guitar, but soon developed a passion for music after his first piano lessons. McGlynn currently plays a wide range of instruments and has played and played alone and in different local bands over the years.

“I ended up taking the piano for 5 years. I fell in love with it. It’s a beautiful instrument and it’s a magical feeling to be able to play it,” he said. “At that time, I didn’t even really care about the guitar. I didn’t worry about what instrument I played, I just realized that I had learned music.

Today McGlynn said he is using his knowledge of the arts and music to develop his passion for science and make time to reconnect with the things he loves.

“I always tell people that I’m not a teacher, I’m a creator. I learned that science and art are the same thing,” McGlynn said. “Without the ability to have a creative outlet or any outlet, I wouldn’t have the ability to be as good at what I do. All of these things give me space and energy to so I can get back to my job and enjoy it.

English teacher and photojournalist Kevin Rabalais has traveled the world to capture scenes of joy and sadness through his writings and photographs. While her classes focus on the technical aspects of literature, Rabalais said her experiences with journalistic storytelling most define her teaching methods.

“I use my camera as a passport to access people, places and situations that I would otherwise never be able to access on my own,” he said. “The camera pushes me to look deeper. And looking deeper gives us the privilege of feeling rhythms and impulses that we usually fail to detect.

Rabalais has worked as a freelancer for several newspapers, magazines and literary journals, including The Sydney Morning Herald, The Age and The Monthly, The New Zealand Listener, The Brick, Tin House and The Kenyon Review.

Last year, Rabalais won the New Orleans Press Club’s “Best Multi-Photo Feature” award for his photo essay on a vanishing community of net fishers in Avoyelles Parish, Louisiana. His photographs have also been featured in solo exhibitions in the United States and Australia.

Despite these accomplishments, Rabalais’ enthusiasm for photography stems primarily from his love of the craft.

“What motivates me is the possibility of going out into the world, observing and sharing what I encounter with others through this language of photography, which does not need translation”, said Rabalais.