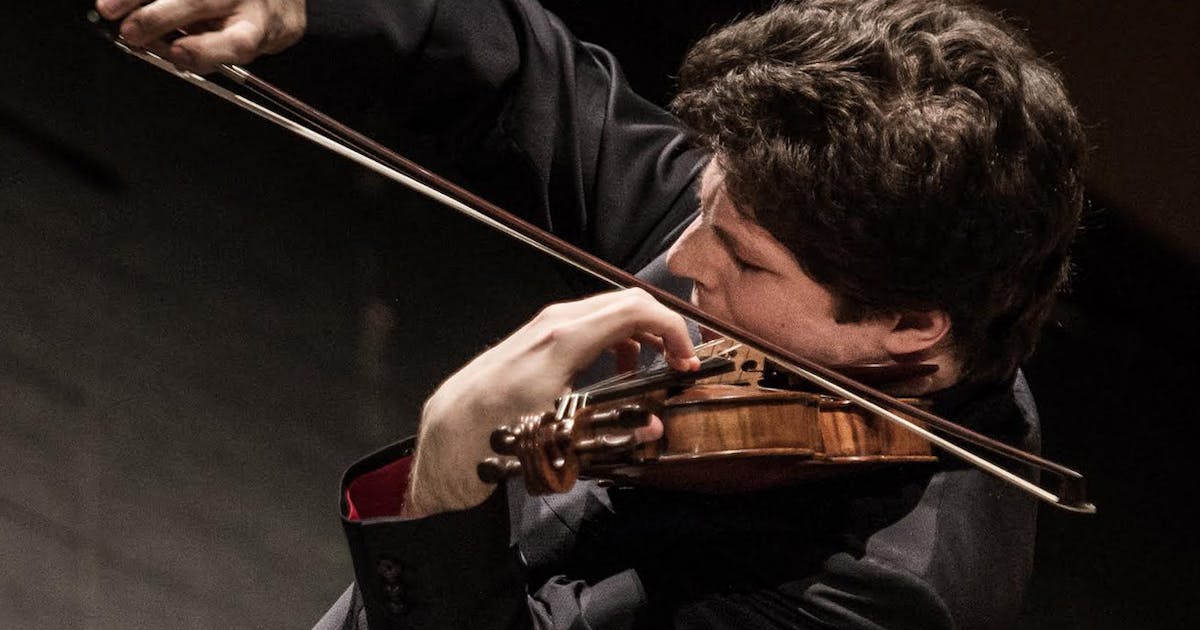 Augustin Hadelich has the blues.

This may sound strange to one of the the best violinists of classical music, but the blues that caught his attention is the genre that came from South America and gave birth to jazz. Judging by Tuesday night’s opening concert of the Schubert Club International Artist Series season, Hadelich fell in love with the genre.

While his program with pianist Orion Weiss featured impeccably performed works by Beethoven and Igor Stravinsky, the passion truly poured out when Hadelich unleashed a blues-inspired triptych by the African-American jazz composer and pianist. Coleridge-Taylor Perkinson, gave in to Maurice Ravel’s love of jazz in his Second Violin Sonata, then kissed with a piece by jazz violinist Eddie South.

You might even say a jazz jam has broken out at St. Paul’s Ordway Concert Hall. Okay, it was more scripted than improvised, but it turned out to be an exciting and adventurous turning point in the musical journey of a highly skilled 37-year-old violinist.

Originally from the Italian region of Tuscany, Hadelich came to the United States to study at the Juilliard School in New York. He has been a New Yorker since and an American citizen since 2014. There are few more decorated violinists in recent years, as he received a Grammy in 2016 and was nominated. Musical America’s “Instrumentalist of the Year” in 2018.

Music remained safe in the classical realm when Hadelich and Weiss opened the evening with a suite Stravinsky gleaned from his. Ballet score “Pulcinella”. For those who were used to hearing these themes played by an orchestra, it seemed like a sparse soundscape, but it worked well for a haunting Serenata and an intimidating, relentless Tarantella.

However, it was with “Blue / s Forms for Solo Violin” by Perkinson that the concert really started. After having thrilled the slow movement of the work, Hadelich went wild with a final without ties and flawless. The energy level in the room seemed to double.

After this solo work, pianist Weiss became a full partner in the evening’s offerings, recorded for a virtual revival which will be broadcast on December 2 via schubert.org. It helped make the opening movement of Ravel’s sonata ghostly, but it was the slow movement – dubbed “Blues” by the composer – in which the skillfully folded blue notes and playful rhythms of the duo proved captivating. . The conclusion “Perpetuum Mobile” turned out to be a beautiful showcase for the violinist’s unwavering energy.

As for Beethoven’s popular Sonata No. 9, the “Kreutzer” – which occupied the entire second half of the concert – I came out of the first movement feeling that here, at last, was the belated birthday tribute that I ‘had wanted since the closure of COVID concerts on the occasion of the 250th anniversary of the birth of the composer. There was drama and passion, explosions of the piano and high energy bows that made Hadelich’s shaggy black mane fly.

But the theme and the variations that followed reminded me that the “Kreutzer” sounds more like a piano sonata with violin accompaniment than a violin sonata. Hadelich just didn’t have much to do, even though the theme of the finale provided a lot of bouncing fun. He and Weiss played the proto-romantic sound of the work, full of frills and open-hearted emotional expression. Would it be a better showcase for the musicality of Hadelich.

However, his enthusiasm resurfaced during the recall of “Black Gypsy”, a piece circa 1930 by South, who led his own American group before collaborating with Parisians like Stéphane Grappelli and Django Reinhardt. This left the impression that more blues and jazz might be on the way for one of classical music’s most famous soloists.

Berkeley High jazz bands return to the stage this week

The Arts 48 LIVE series, featuring artists from Arizona, will debut November 5-6 at the Tempe Center for the Arts