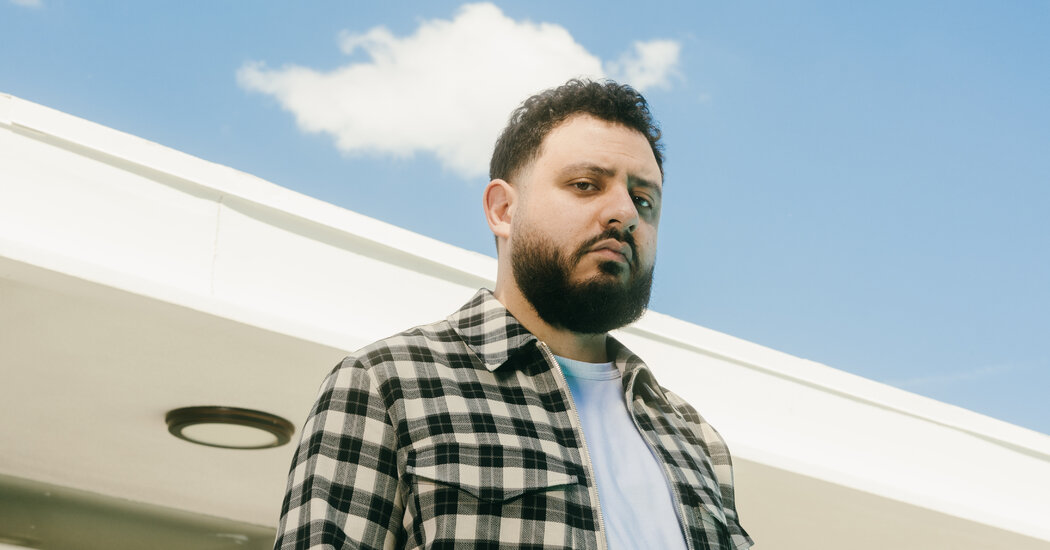 For Grammy nominee Rogét Chahayed, pop is not far from Mozart

Two very different types of upbringing went into the music that earned Rogét Chahayed a 2022 Grammy nomination for Producer of the Year, Non-Classical. One was a traditional music school: the San Francisco Conservatory of Music, where Chahayed studied classical music and jazz and earned a degree in piano. The second was a studio apprenticeship of late nights and split-second decisions: playing keyboards and creating beats for Los Angeles hip-hop mogul Dr. Dre.

“The real me is a mix of classical music, jazz harmony and technique, all together,” Chahayed said, speaking via video from his home studio in Los Angeles, where rows of electronic keyboards filled a wall of shelves, “So you’re going to hear Debussy and Ravel voicings and stuff like that, which I really like, in my left hand, but maybe in the right hand I could try some Art Tatum. I like to try to see the connection between everything.

Chahayed’s massive catalog includes Doja Cat’s “Kiss Me More”; “Far Away” by Jessie Reyez; “Bad at Love” by Halsey; “ZTFO” by Big Sean; “Sky Walker” by Miguel; “I want war (but I need peace)” by Kali Uchis; “27 Summers” by Nas; and two Grammy-nominated songs from previous years, Drake’s “Laugh Now Cry Later” and Travis Scott’s “Sicko Mode.” Her nomination on Sunday is for songs with Kali Uchis, Doja Cat and Anderson .Paak, among others.

Chahayed’s studio work draws on a storehouse of music theory and music history as well as instinct, attention and luck. As a producer and songwriter, he can put together complex harmonies and subtle multi-track orchestrations, reflecting his studies at the conservatory.

But Chahayed can also deliver skeletal, gripping, ear-to-ear riffs that he often enriches, spatially and harmonically, as a track unfolds. He doesn’t mind repeating only two or three chords. “A lot of my composer and classical instrumentalist friends might think of it as, ‘Oh, it’s so simple,'” he said. “In fact, producing music today reminds me a lot of how Mozart would compose. Obviously, much of Mozart’s music is very simple and very digestible, and it’s so open that if you make a mistake, you can hear it all. The difficulty is to find simplicity, to find that golden chord progression.

Chahayed deftly navigates the way songs are made in the 21st century: a process that is at once musical, technological, intuitive and brutally Darwinist. Hooks and beats that have been recorded in moments can sit on a hard drive for months, to be discovered, tweaked and augmented by collaborators who have never met. All that matters is if someone hears that a lead has potential, wants to finish it, and finds something that works.

“If I have a philosophy, it’s that I want to be able to execute the artist’s vision first,” Chahayed said. “But also to do it in an innovative way is always to find a way to push the limits of sound.”

Colombian American songwriter Kali Uchis has only released a few tracks with Chahayed’s production – including “Aguardiente y Limón”, cited in his Grammy nomination – but they live near each other in Los Angeles, and she often visits his studio to work on the music.

The ceremony, originally scheduled for January 31, was postponed for a second consecutive year due to Covid and is now scheduled for April 3.

“He just loves to create, create, create,” she said by phone from Los Angeles. “Just for the sheer satisfaction of creating unique things, not for capitalist ulterior motives. If it ends up being a great song, then so much the better. But with me and Rogét, I never got into the studio and I I felt a weird pressure to go in any direction, it was always very organic, very natural and very, just, free.

After graduating from the conservatory in 2010, Chahayed returned to Los Angeles, where he grew up. his mother is Argentinian, his father Syrian. He performed jazz and chamber music concerts and taught piano lessons; he also found a mentor: Melvin Bradford, better known as Mel-Man, one of Dr. Dre’s main producers since the 1990s.

“I would go to his house and do five to eight beats a day. From 1 p.m. until sometimes 2, 3 or 4 a.m.,” he said. “We were sending countless beats to Dre every day, just hoping that maybe something would click.”

He added: “It was definitely a big difference from sitting in a class learning Bach chorales or ear training.”

Chahayed has also collaborated with others, including producer Wesley Singerman. In 2013, they sold outright some pieces they made; their music appeared, uncredited, on Kendrick Lamar’s 2015 album “To Pimp a Butterfly” in “For Sale?” and you.”

In 2014, Mel-Man once surprised Chahayed by taking him to an unmarked building. It was Dr. Dre’s studio. “This door opens and I just see a giant SSL and Dre is sitting there, turning knobs with his hands,” Chahayed said, referring to a Solid State Logic recording console. “He told me he heard I was nice on the sidelines and he was going to put me to the test.”

He passed the milestone and started working on the productions of Dre. “You have a responsibility to be the best you can be all the time and to consistently represent musical excellence: technique, taste, flavor, rhythm,” he said. “I had Dre right there standing over everyone going, ‘Hey, what’s the matter with you?’ And when you have the biggest and most influential producer and rapper in the world telling you that, you have to act.

One of Chahayed’s early hits was Dram’s “Broccoli” (now going by Shelley FKA Dram), featuring Lil Yachty, which has been streamed over a billion times. His steady piano chords, Chahayed said, were a happy accident. He had packed up his gear after a session with Dram, only to get a last-minute call that Lil Yachty was on his way to the studio. He unboxed and plugged in a keyboard, playing a few chords to test the connection; these chords became the central loop of the song.

“Where and how I find most of my success as a producer and songwriter, you know, is just showing up,” Chahayed said. “Finding a sound and finding the progression, or a riff, or something recognizable that grabs people’s attention.”

“Kiss Me More”, Doja Cat’s hit with SZA which is nominated for record of the year (recorded track), song of the year (composition) and as part of the album of the year, could have ended up as a more misplaced computer file. Chahayed was working with Doja Cat’s longtime executive producer Yeti Beats in what he called “a beat-making session.” Yeti Beats suggested a few “keywords” – “anime music” and “cuteness” – with Doja Cat in mind.

“I grew up with four younger sisters, and we all bonded a lot over anime stuff and video games,” Chahayed said. “That cute jazzy vibe of a lot of games kind of seeped through. So I tapped into that area that day, and we did some ideas.”

He chose a guitar sound and recorded a scintillating little riff that “came naturally in the moment,” he said. “I knew there was something special about that track.” Yeti Beats repeatedly pitched the riff to Doja Cat, and in one session he sped it up; it clicked.

As Chahayed’s reputation grew, so did his control over his music. He sometimes refuses requests to use his beats for particular songs. And, whenever possible, he tries to work alongside the main artist in real time.

“For most people, a general procedure is to prepare tons of rhythms, melodies, ideas and things like that. Many artists have different attention spans and may respond better to ready-made things. But I adapted more to the spontaneity of presenting myself with the instruments. I love working with artists who let me cook from scratch.

He also looks ahead. “I always have a five to ten year plan,” he said. “Fortunately, I was able to reach my last five-year goal: you know, getting number 1s, getting Grammy nominations, racking up tons of record sales and stuff to chart. And that’s cool, but that only motivates me to go further. My real passion is that I want to score movies. I want to do what John Williams, Danny Elfman, Hans Zimmer and Bernard Herrmann are doing. Those guys are my real heroes.