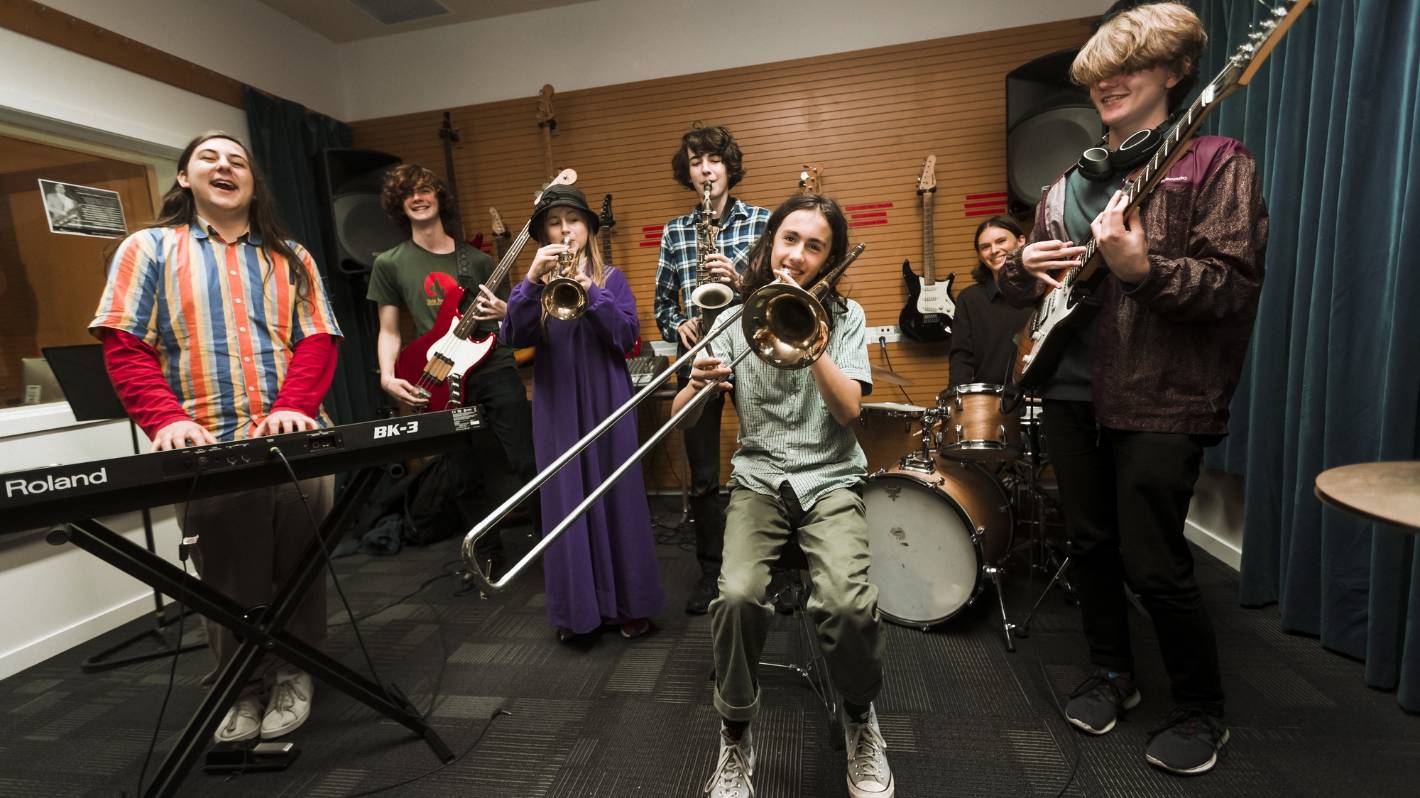 From busking to the big stage, a teenage jazz band ready to take on the world

Is the jazz band “Mel Stevenson” named after a doctor who saved one of the band members after he slipped on a banana peel and got stung by an electric eel?

Or was another limb abducted by aliens and both words marked on its foot?

The teenage group members might tell you where the name came from, but they should probably kill you afterwards.

Founding members Louis Holland, 15, his brother Miro Holland (14) and Jack Harris, founded the group about six years ago, after meeting at the Wellington Music Center.

READ MORE:
* Beyond the Headliners – some of the top picks for the Wellington Jazz Festival
* Student jazz band Bring on the Chops grooves Timaru
* Thousands of people enjoy a hot start at Nelson’s JazzFest
* What’s new in Wellington: Arts, culture and events

â€œMiro and I used to play at Harborside Market,â€ Louis said. “And then we invited Jack, and then we started training at Jack’s.” “

Over time, the group grew and now has seven members, with Nico Buhne, Max Ware, Harry Lentell and Theo Thompson having joined the top three.

And while the students are all still in school (six at Wellington High, with Theo at Hutt Valley High School), the group moves on.

He recently performed at the Wellington Jazz Festival and won several awards at the 43rd National Youth Jazz Competition in Tauranga, Louis, Miro and Nico winning all top prizes for their mastery of their respective instruments.

As for the Jazz Festival, Louis, Jack and Theo spent three hours performing between Mel Stevenson and their second group Crumbly Jack.

The group also performed at the Gardens Magic in the Botanical Gardens, where 1,000 people showed up for their performance.

â€œThe nervousness is gone, and all we need to work on is have some fun for the audience,â€ Nico said. “Our theme is to have as much fun as possible.”

In the long term, the group’s goal is to play WOMAD in New Plymouth. In the short term, their goal is to work on original pieces.

People can keep an eye out for upcoming concerts on the band’s Instagram page, @melstevensonband.