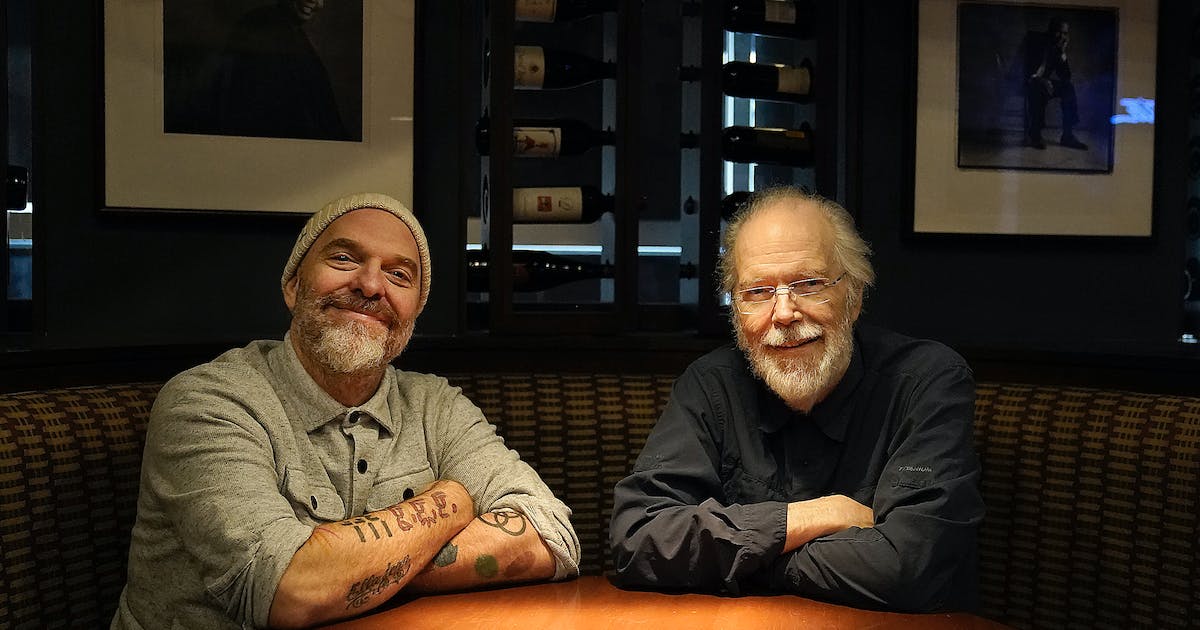 Leo Kottke’s fingers flew over his acoustic guitar with determined fury. Dave King’s brushes skipped over his snare and drum with understated skill. The two musicians had found a groove in their unchoreographed pas de deux.

And they knew it.

Kottke’s feet involuntarily danced a jig. A blissful smile flooded King’s face as he stared at the guitarist’s fingers. Both actors appeared oblivious to their audience at the Jamf Theater, an intimate black box theater in Eau Claire, Wis.

Meet Minnesota’s latest super duo – and potentially the greatest: Kottke, the dazzling Hall of Fame guitarist, and King, the gonzo percussionist of Bad Plus, Happy Apple and over 20 other bands.

â€œThe Kottke King Experience! The guitarist joked backstage after the new duo’s recent concert, only their fourth or fifth ensemble. They will debut in their hometown Dakota in Minneapolis for three nights starting Monday.

Both musicians have a quick but quirky sense of humor. The socks they wore in Eau Claire hinted at their lightness: black and white horizontal stripes for the percussionist and cartoon ghosts with the word â€œhootâ€ for the guitarist.

Even though they are 25 years apart, the personalities, funny bones and musical sensibilities of the musicians have mingled.

“The first time I went to his house we played [music] a little and Dave ate some of my food, â€Kottke recalls. â€œI’ve stabbed people for it with my fork. Corn [with King] that made sense. We cracked. “

So Kottke and King just made music together and “we found out it worked,” the guitarist said.

Aside from a break forced by the pandemic last year, it’s a 40-year holiday tradition for the guitarist to perform in the Twin Cities around Thanksgiving.

â€œFor us to meet in Minneapolis, I have to say it’s a sexy booking,â€ King said with a smile that was both cheerful and mischievous. “It’s a couple of prolific foreign artists who finally play a duet together.”

Strangers who are shrewd. Kottke plays his version of the American fingerstyle guitar that owes to folk, blues and jazz, and he sings an occasional song in a baritone that he once described as “goose farts on a hot day.”

King is a versatile and sensitive percussionist who has performed with jazz stars (Joshua Redman), rock stars (Jeff Beck) and budding local stars (12 Rods), not to mention his own bands, the Bad Plus, Happy Apple. , Love-Cars and Halloween Alaska, among others. He’s known to bring a vast arsenal of instruments, including toys such as a 1970s Fisher-Price Happy Apple.

Kottke and King did four or five recording sessions together and jam in King’s basement. Although he has studied his partner’s many albums, the percussionist does not know the names of Kottke’s tunes except for the vocals numbers. He’s just going to start vocalizing a beat so the guitarist knows which song he’s referring to.

At 76, Kottke feels revitalized during the pandemic. Last year he released his first recording in 16 years, “Noon”, a duet album with Phish bassist Mike Gordon. In December, Kottke and Gordon will give nine concerts together on the East Coast.

Then there is the chance meeting of the guitarist with King. They have enough recorded music to look for a label.

This year, Kottke juggles solo jobs (his tenure) – his modus operandi for decades – with duet performances.

He now finds it difficult to work solo. â€œIt’s a lot happier and a lot more fun doing that,â€ he said backstage at Eau Claire. â€œThere is nothing about this that is not new to me. For an old man who’s also an old number to find something new to doâ€¦ â€He was just beaming. “I would like to continue this.”

The new group has already recorded an album, scheduled for May, and has given a few concerts. It will make its Minnesota debut December 25-28 on its traditional multi-night Dakota vacation tour.

“The silver lining [of the pandemic] for me has been rejuvenating in a creative way, â€King said. â€œThe Bad Plus thing is a huge challenge. And that’s a challenge. It’s a different way of thinking. You have to be very alert. “

Or let Kottke explain it in his inimitable way.

“I’m a dense player. And I don’t make room for anyone. Because there never was anyone,” he said. “But with Dave it can work.”

King, who has performed with such distinguished guitarists as Bill Frisell and Julian Lage, relishes the challenge of “playing with a master accustomed to playing alone. Solo performers have a lonely language. You have to think totally different. I’m focusing on the inventive and forward-thinking nature of what he does. You don’t just go with him, it’s more of a classic duo situation. “

Except that King’s presence tends to surprise the public. Because everywhere except Minneapolis, the concerts were billed simply as “Leo Kottke”.

“I know some people get nervous when they see the drums,” Kottke said, “and then they’re happy when they hear them.”

Happy wouldn’t begin to describe what Minneapolis musicians think of playing together. Enthusiastic might be more appropriate.

â€œLast night I drooled on my guitar twice,â€ Kottke said of their job in Milwaukee. “It hasn’t happened for about 30 or 40 years. Twice. It’s because of him. His game. And the spit flies through the lights.”

“Do you have?” Kottke asked.

Even though Kottke is used to being the entourage of one man who drives himself and his two acoustic guitars to concerts, he enjoys having a traveling companion as well as a musical companion.

â€œWe’re talking about being fathers,â€ King explained. “I met his son when Bad Plus played in Oakland. We talk about records, about musicians we both love. He plays old radio shows, which I love. We used to listen to ‘Gunsmoke’, we listen to us. ‘Dragnet’.

â€œI was starting to storm the last round,â€ King continued. “You were looking at me, like ‘Alright!’ My COVID and traffic rants are pretty A-list. “

On stage, however, Kottke speaks, as he is accustomed to doing at solo concerts. They can be twisted stories interrupted by musical selections or simply shifted non-sequences that elicit laughter from viewers.

“It’s an extension of the way he plays,” King noted. “It’s a fantasy of abstraction. I lean and listen and laugh pretty hard.”