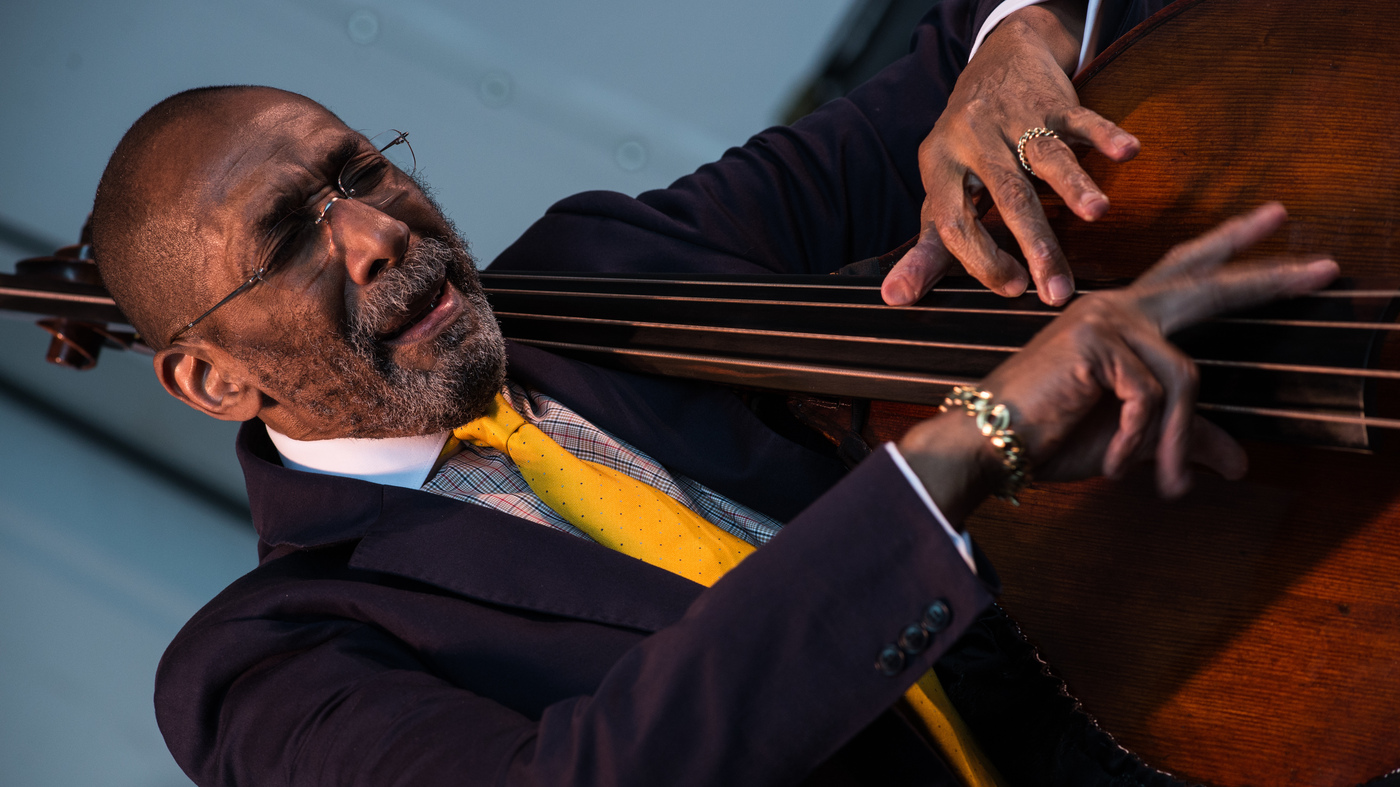 Walk into any record store, head to the jazz section, and pull out a random album (or tune into your favorite jazz public radio station) – chances are NEA jazz master Ron Carter appears on whatever recording you end up listening to. Carter is the most recorded jazz bassist, officially certified by Guinness, and across 2,200 albums and counting — from his tracks with Miles Davis in the 1960s to his Grammy-winning album with Jack DeJohnette and Gonzalo Rubalcaba in 2022 — Carter’s discography reads like a definitive history of the jazz. His chameleonic mastery of musical situations combined with his technical skills have made him a first-choice bassist since his arrival on the scene, as well as outside of it. Records with artists like Aretha Franklin, Paul Simon and A Tribe Called Quest further illustrate Carter’s reach.

To celebrate Ron Carter’s 85th birthday, Jazz night decided to do something special: an evening of listening with Ron Carter and our host, Christian McBride. For the occasion, McBride and Ron have hand-picked tracks to discover from his mind-blowing catalog, unmissable stories and a moment in the spotlight for the GOAT of jazz bass. “Like most bass players, we always feel like no one knows we’re there.” Carter said. “We’re really back here doing something.”

16 things to do in Wilmington, NC including concerts, comedy, and more