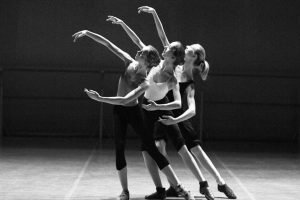 Here are 10 interesting dance facts you need to know!

Do you know some of the interesting facts about dancing? Dance is an integral part of life and recorded performing arts and cultural industries. It is often collaborative and provides creative and work opportunities for artists working in a range of other art forms including music, design, film, sculpture and theatre. Additionally, dancers and choreographers frequently contribute to other art forms.

Here are 10 interesting facts about dancing:

The earliest historical records show the origin of the dance in cave paintings in India dating back to 8000 BCE. Even 5,300-year-old tomb paintings in Egypt identify the origin of ancient dances. According to archaeologists, the dance originated between 5,000 and 9,000 years ago near modern Pakistan. Some earliest forms of rock art suggested that 10,000 years ago the Bushmen of Africa performed a trance-like dance to communicate with the spirit world.

The invention of Moonwalk movements:

Moonwalk reminds you of the name of the late superstar Michael Jackson. He created the iconic Moonwalk moves that were different from the popular backslide dance moves. The King of Pop first performed this Moonwalk in his famous song “Billie Jean” in 1983. Jackson and his dancers used to lean at a 45 degree angle defying gravity with their patented shoe design special.

Bandana Nepal holds the Guinness World Record for the longest dance marathon, lasting 126 hours. Nepalese dancer, she participated in the dance marathon from November 23 to 28, 2018.

In the 18th century, the waltz was considered an outrageous dance form, which led to its banning. The reason was the closeness between the dance partners which made the waltz indecent. In European countries, the maximum dance time was 10 minutes. Once Napoleon Bonaparte won Austria in 1815, the allies of European states celebrated the victory with a waltz.

After that moment, the waltz was no longer an outrageous dance. It has gained popularity all over the world.

In 1518, the city of Strasbourg (France) witnessed a dancing mania that lasted a month and killed dozens of people. The reason behind the continuous, uncontrolled dancing was not just the spirit and energy of the dance. It’s still a mystery waiting to be solved. The dance mania caused uncontrolled movements, exhaustion and heart attacks and people didn’t stop until they collapsed. At least 400-500 people gathered for the dance to death.

Stick Dance or the slave dance:

Stick dancing was developed by African Americans on American plantations during the time of slavery. The stick dance was a type of drill where the stick was used in the dance as a disguised weapon. The dance was a training session to fight against the plantation owners. It was an element of resistance. The dancers clapped rhythmically and sang in a call-and-response style where the other caller led the crowd.

Before becoming a full-time rapper and hip-hop artist, Tupac Shakur was a ballet dancer. He attended the Baltimore School for the Arts, where he took classes in ballet, poetry, jazz, and acting. He played the role of Mouse King in the Nutcracker play where he had to make abrasque movements.

Eileen Kramar is a 107 year old Australian dancer. It forbids the word old. Her career as an iconic dancer began at the age of 22. She leads an iconic dance career in Sydney. His lifelong wish is to create, learn and be new.

Athena – Israel’s National Council for the Advancement of Women’s Sports holds the Guinness World Record title for hosting the largest dance class in the world in 2010. There were nearly 10,000 attendees at the Athena event who s took place in Tel Aviv, Israel. The participants were all women.