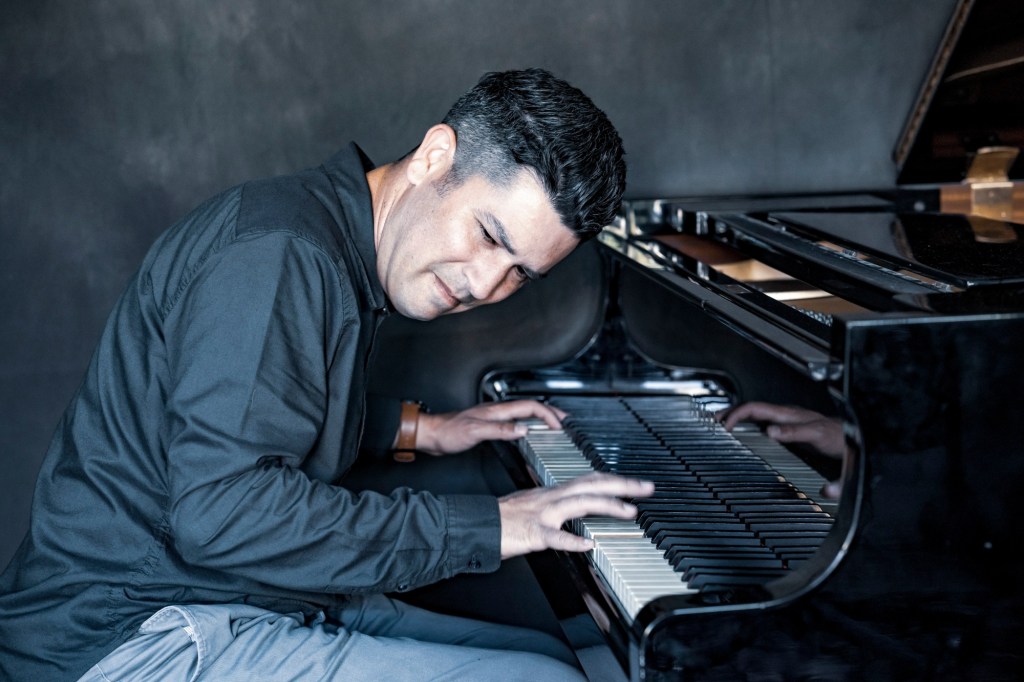 After the annus horribilis of 2020, this year has passed in a fog of apprehension and uncertainty. Outside of my family, I knew the only thing I could rely on for my emotional sustenance was music. Old friends like Miles Davis, Duke Ellington, and Dinah Washington kept my spirits up, while every new album that arrived by post or email provided at least a few minutes of fun.

Reluctant pessimism has regularly clashed with efforts to maintain cautious optimism, a struggle that has been undermined by the drumbeat of losses in jazz and beyond. Before we take stock of my favorite 2021 releases from Bay Area artists, let’s have a moment of silence for the late masters who have made significant contributions to the Bay Area scene, including singer Jewlia Eisenberg, bassists Dean. Reilly, Paul Jackson, James Leary and George Ban- Weiss, guitarist John Finkbeiner, saxophonist Sonny Simmons, trumpeter Al Molina, drummers Jerry Granelli, Dottie Dodgion and Colin Bailey, Gregory “Shock G” Jacobs of Digital Underground and Steve Gaines, aka Baba Zumbi, MC for Bay Area rap group Zion I.

Last week, the toll grew exponentially with the death of Denise Perrier, the San Francisco jazz and blues singer who embodied class on and off the stage. In her final months, she was working on a farewell album produced by saxophonist Howard Wiley, a project that I hope I can add to next year’s roundup. In the meantime, here are my picks for the best Bay Area versions, in alphabetical order.

Keshav Batish, “Binaries In Cycle” (Woven Strands Productions): One of the most impressive debut albums of the year, Santa Cruz-raised drummer and songwriter Keshav Batish’s album focuses on his singular blend of jazz and North Indian classical music. Recorded in 2020 as part of the Kuumbwa Jazz Center Virtual Performance Series, the concert featured pianist Lucas Hahn and bassist Aron Caceras, Batish’s musical collaborators since college, and made exceptional use of the alto saxophonist from Israeli descent Shay Salhov, an already well established player.

Dahveed Behroozi, â€œEchosâ€ (Sunnyside Records): San JosÃ© pianist Dahveed Behroozi’s second album is marked by mysterious harmonies and calm melodies that take unexpected turns. The superlative trio include East Bay-raised Thomas Morgan, one of New York’s most sought-after bassists, and brilliant drummer Billy Mintz. The music is restless and unstable, and it’s a project that holds surprises with every listening.

Bryan Dyer, “Power of One” (auto): With five tracks and less than 20 minutes of music, this EP delivers a maximum of soul in a minimum of time. As the title suggests, Bryan Dyer’s vocals provide most of the sound, from basslines to his velvety falsetto. A veteran of some of the best vocal ensembles in the Bay Area, he has taken on hits like “Rainy Night In Georgia” and “Wanna Be Starting Something”.

Ben Goldberg, â€œEverything Happens To Beâ€ (BAG Productions): Guitarist Mary Halvorson, bassist Michael Formanek, and drummer Tomas Fujiwara have recorded prolifically as a collective Thumbscrew trio, and their loose grooves are perfect for this set of originals by Goldberg, a songwriter with a knack for cover-up. hides melodies. Tenor saxophonist Ellery Eskelin courageously joins the search.

Daggerboard “The Last Days of Studio A” (Wide Hive Records): Recorded just days before Fantasy Studios closed, this dispatch from keyboardist Gregory Howe’s Berkeley label maintains a relaxed late-night vibe that feels more like a celebration than an elegy. Led by trumpeter Erik Jekabson, who wrote the tunes and arrangements, the session features Kasey Knudsen on alto and tenor saxophones, drummer Mike Hughes, keyboardist Mike Blankenship and the great Roger Glenn on vibrations.

Larry Ochs and Donald Robinson â€œA Civil Lawâ€ (ESP-Disk): A founding member of the ROVA Saxophone Quartet, tenor saxophonist and soprano Larry Ochs has worked and recorded extensively with drummer Donald Robinson since the 1990s, but in recent years their duo has grown into an ever-revealing setting. Ochs is a relentless sound seeker and Robinson keeps the pulse and feels unpredictable by regularly alternating between sticks, mallets and brushes.

Sarah Wilson “Kaleidoscope” (Brass Tonic Records): Trumpeter and singer deeply informed by jazz but also inspired by indie rock, avant-pop and Afro-Caribbean grooves, Sarah Wilson pays tribute to half a dozen mentors on her third album. Great pianist Myra Melford is one of them, and she looks like she’s having a blast at this celebratory session. With an exceptional cast including drummer Matt Wilson, violinist Charles Burnham, bassist Jerome Harris and guitarist John Schott, “Kaleidoscope” offers exhilarating sight at every turn.

Here are 10 more albums worth a listen or five.

“Everyone Wants to Know How Much I Make”: Noddy Holder on Merry Xmas Everybody | Music