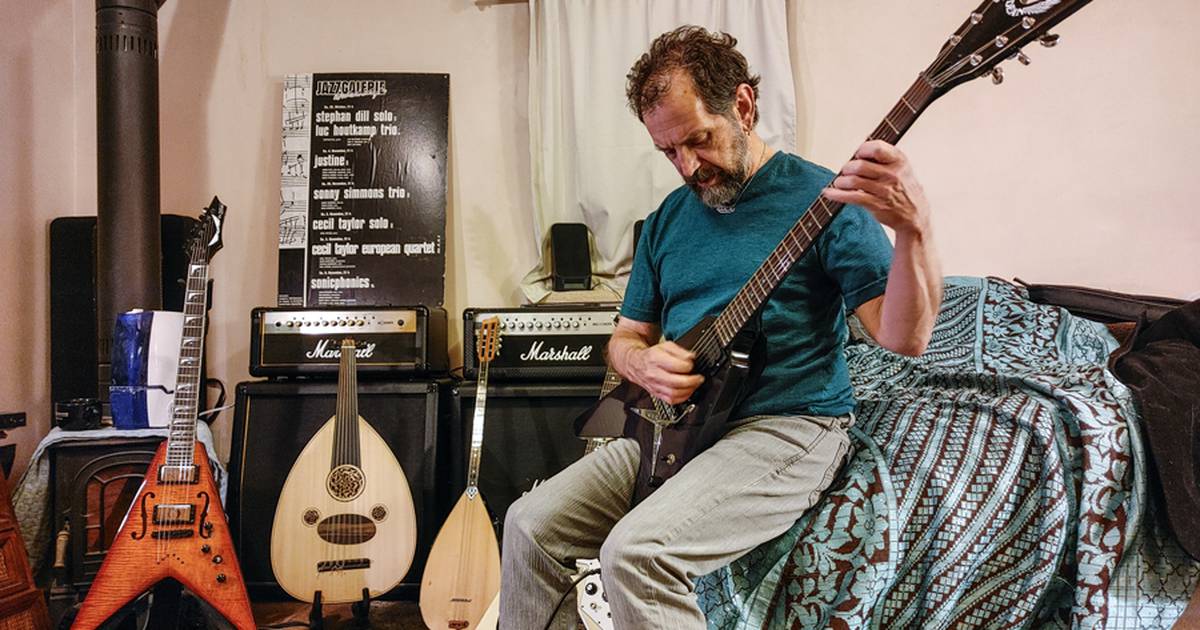 Years ago, back when bands from Santa Fe and Albuquerque were releasing albums a little more regularly, or, perhaps, were a little more willing to submit them to SFR for review, the multi- local instrumentalist Mustafa Stefan Dill used to play guitar with a band called Pray For Brain, and I absolutely loved them.

As a guitarist, Dill channeled artists like Robert Fripp of King Crimson and Steve Howe of Yes, but at the heart of his instrumentation he laid an intoxicating foundation of free jazz and improvisation. The music was complex and layered, but it remained accessible and, at times, simply rocked. Today, Dill brings a similar ethos to his current project, Love Unfold the Sun, which performs for the first time in years this week alongside Rumelia Collective’s Alysha Shaw, who goes by the moniker Nocturne Spark for her solo stuff. This time, however, Dill takes a little more interest in the oud, a stringed lute-like instrument that originated in Turkey and the Middle East. You may not know the name, but you certainly know the sound of the instrument. And although it appears more often in certain types of regional music from distant lands (and played by bigger names like Naseer Shamma), Dill’s approach to decidedly more modern musical styles proves the universal nature of the music: it’s the one thing we all have in common, really, and an experienced player can sometimes insert any type of instrument into any type of music.

Of course, this implies a high bar for entry.

“I don’t think about it at all,” Dill told SFR during a recent afternoon meeting at a downtown cafe. “Or, I take that away, actually, because I think there’s a balance in finding what connects and resonates with your audience, and yet doesn’t flatter them. I firmly believe that if you play something with passion and honesty, it will win.

Dill and his loyal band of local notables, including bassist Ross Hamlin, drummer Dave Wayne and trumpeter Dan Pearlman, indeed prevail with Love Unfold the Sun’s most recent recordings, namely a 2019 live performance by the now gone Duel. Brewery, which closed the same year. Well titled Living in the duel, it’s a triumph for many reasons, not the least of which is Dill’s forays into the oud. Again, you may be more familiar with the instrument than you think, but generally speaking its old sounds placed at the forefront of experimental and improvisational jazz are new. In reality, Living in the duel sort of undoes possible preconceived notions of what free jazz means (thanks to Wayne’s talent as a percussionist), says Dill. As his professors at the New England Conservatory told him as he earned his master’s degree in composition in the 1980s, if the purveyors of the new jazz style of the day wanted him to take hold outside of niche markets, the musicians had to get weird with it and they were going to have to take it very far. The oud isn’t remotely weird, though it’s not quintessentially American, like jazz tends to be; you wouldn’t expect it to pop up with mathy, jazzy riffs and syncopated signatures – it’s perhaps more common in big city nightclubs and conservatory classrooms, but in Santa Fe , the use of Dill is more singular.

But then you would expect such commitment from the guy.

“Music has been with me since day one,” says Dill. “My mother will tell you the story of me approaching the piano to make sounds before I could see the keys; I could read music before I could read words; I took piano lessons, but my teacher at the time abandoned me because I didn’t want to practice the written stuff – I was writing and improvising.

Dill came to Las Cruces and has deep ties to Santa Fe, Albuquerque and Taos. When he was a young child, however, around 8 or 9, his then-stepfather, an educator, took a sabbatical and brought the family to France. There, says Dill, he fell in love with the disparate international musical styles that had made their way to Europe from Algeria and Morocco and beyond.

“It was like being in a trance,” he says, “but then, of course, we came back to the States and I discovered rock ‘n’ roll, so I had to plug in and play electric guitar.

After college and throughout the mid-90s, Dill enjoyed some success on the road as an anachronistic guitarist and niche festival mainstay. He even teamed up with free jazz pioneer Cecil Taylor, whom he originally met at Boston University, for a series of shows. Yet, he says, instruments other than the guitar often called out to him, and a chance encounter with an energy worker he won’t name ultimately made him feel like the oud was more of a fatality than ‘a decision. Beyond that, he always wanted to redefine the boundaries.

“Here’s the thing – you can say being grungy or edgy is bold, but being truly fearless is playing something that’s inside of you,” he told SFR. “I said to people, ‘It doesn’t matter what kind of music it is, if you’re authentic to yourself, it can come out a lot of ways; and I don’t care what genre it is, whether it’s loud or complicated or simple or whatever, the one thing music can never be is lazy or complacent.

Dill doubled down on that philosophy last year when, amid the COVID pandemic, he was diagnosed with tongue cancer. Surgery removed the troublesome tissue from his mouth, and more than once during our interview, he expresses concerns about the way he speaks because of it. In this way, the resurgence of Love Unfold the Sun takes on a kind of melancholy meaning. It’s by no means depressing music, but it represents Dill’s best means of communication: oud, free jazz, improvisation, experimentation? They are more revealing of its essence than words and speech can explain.

“When I die and you write my obituary, there is the common pivot of tradition,” he says. “The common thread that you will find in my work, in the sounds of flamenco, mariachi, oud, country, rock… all this goes into the composition.”