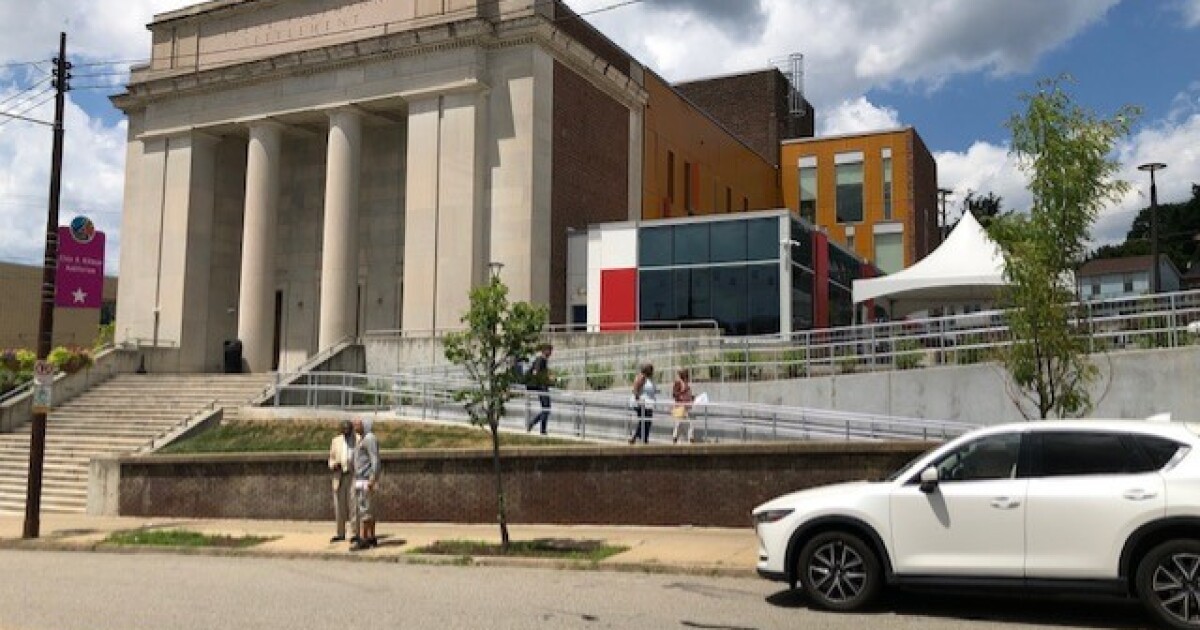 Tyian Battle was in tears more than once Friday as she hosted the grand opening of the ACH Pathways Kaufmann Center. The $4 million addition to the historic Kaufmann Center in the Hill District allows his group, ACH Clear Pathways, to expand its visual and performing arts educational programming for children and families.

Battle founded the nonprofit in 2010, a year after his son, Amon C. Harris, died at age 7 from an undiagnosed congenital heart condition. The opening of the new annex was just the latest step in the journey that led to the Hill District native launching the group and acquiring the famed Kaufmann Center.

“I feel so wonderful, excited and blessed to be able to have such a landmark facility for community and youth in the arts,” said Battle, group chief executive.

Over 100 people attended the grand opening on Center Avenue, which took place on the new patio outside the 2,700 square foot addition and accessed by a new ramp. Speakers including Jake Wheatley, chief of staff to Mayor Ed Gainey, praised Battle as someone who achieved his dream despite beginning his journey with no connection to politics or philanthropy.

“She saw something, and she did something in her own community that will stand the test of time, which is to give back tenfold,” said Wheatley, who when he met Battle for the first time, was a Hill State representative. He called Battle a role model for young people in The Hill, a predominantly black neighborhood that has long struggled with poverty and disinvestment.

As Wheatley spoke, dozens of children inside the center worked with instructors on the development of a production of Lin-Manuel Miranda’s hit musical “In The Heights,” slated for performance on August 12.

Other speakers at the groundbreaking included: Neil Weaver, director of the state’s Department of Community and Economic Development, who contributed approximately $2 million to the project; State Senator Wayne Fontana; and Ty Gourley, executive vice president of the Hillman Family Foundation.

Battle created ACH Clear Pathways to honor his late son, who wanted to take martial arts classes the family could not afford.

ACH currently offers classes in everything from visual arts, dance and theater to music and, yes, martial arts. Battle said about 75 children are currently enrolled in the summer program. Programming for seniors is expected to resume in September.

Less than a decade after its founding, and with the help of its board members and elected officials like Wheatley, ACH raised funds to purchase the iconic Kaufmann Center. The Hill District building once housed the Irene Kaufmann Settlement House, funded by the Kaufmann department store family more than a century ago to help the Jewish immigrants who were then settling in large numbers on the Hill from Europe .

For decades, the center was owned by the Hill House Association, a community development group that provided essential services to the neighborhood, from health care to meeting space. ACH Pathways purchased the building after financially-struggling Hill House went out of business in 2019. The land for the new addition was severed in 2020.

In addition to its dance studio, writing center and visual arts studio in the basement, the addition features, in its first-floor hallway, a famous sculpture: “Together”, a 1975 bronze by the black artist Selma Burke who once graced the original center. facade. The sculpture depicts a woman and a man cradling a baby.