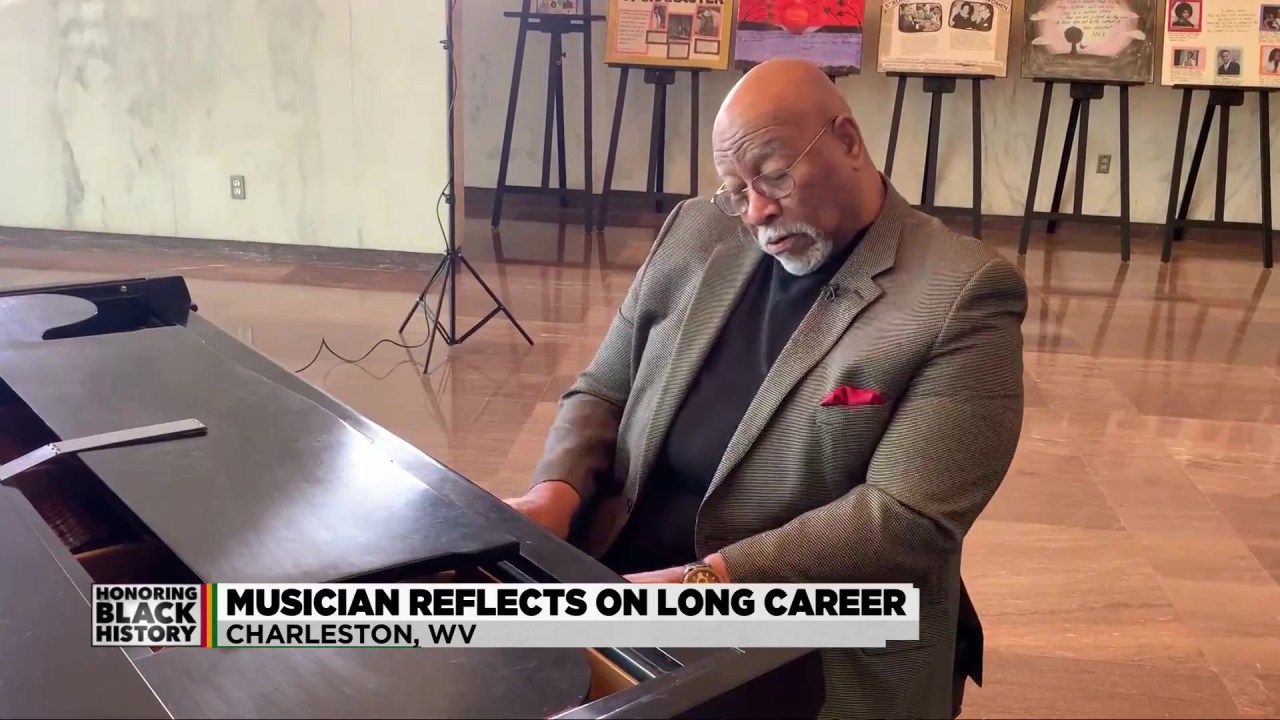 Originally from Jamaica in Queens, New York, he has been playing in West Virginia for over 50 years!

STAY INFORMED: Sign up for the daily WOWK 13 News newsletter

“I came to go to West Virginia State College and then fell in love with this area and have been here on and off ever since,” Thompson explained.

Since 1991, he has been the pianist and featured artist on West Virginia Public Broadcasting’s national show “Mountain Stage.”

Thompson has played all genres, from jazz and country to rock and blues.

“It’s interesting, you never know until you show what it’s gonna be and that’s what makes it fun,” he said.

Some of his favorite musicians to play with during his career include the late jazz guitarist Larry Coryell, the late violinist John Blake, former musical director and “Tonight Show” guitarist Kevin Eubanks, and drummer Omar Hakim.

“Anyone coming into the show immediately says who this guy is, if they don’t already know him. If they’ve been there they say hey it’s Bob because he impresses them with his talent and especially his style,” Groce said.

Thompson started in music as a teenager as a bass singer in a do-wop band called The Chanters.

He was playing trumpet when he came to West Virginia, but a jazz band he wanted to join needed a pianist.

“So I started having fun with the piano and once I did that I found that the piano was my home. It was the instrument that felt most natural to me,” said Thompson.

And since then, the piano has been his instrument.

When it comes to piano, Thompson says you never stop learning. During the pandemic, he spent a lot of time writing new music. And he has this advice for promising young musicians.

He said they should be prepared, get to know their instrument and listen to music to hear what they like and dislike.

Thompson said he learned this years ago when he pitched his music to the president of United Artists.

“He told me my door is always open to you but when you come back bring something that if I want to release this music I have to have you so it’s being yourself and bringing your person into the music that’s important”, he mentioned.

Thompson was able to be himself on the many albums he released over the years.

“Bob will never get old because he’s constantly learning and listening. Now if you want to learn, you can learn from him, but he’s going to learn from everyone,” Groce said.

And he’ll be the first to tell you that music is good for the soul.

Thompson said he was able to create opportunities to play music in West Virginia.

In addition to his work with “Mountain Stage”, Thompson performs with his jazz band, The Bob Thompson Unit.

He has also written music for a new album and plans to record it soon.