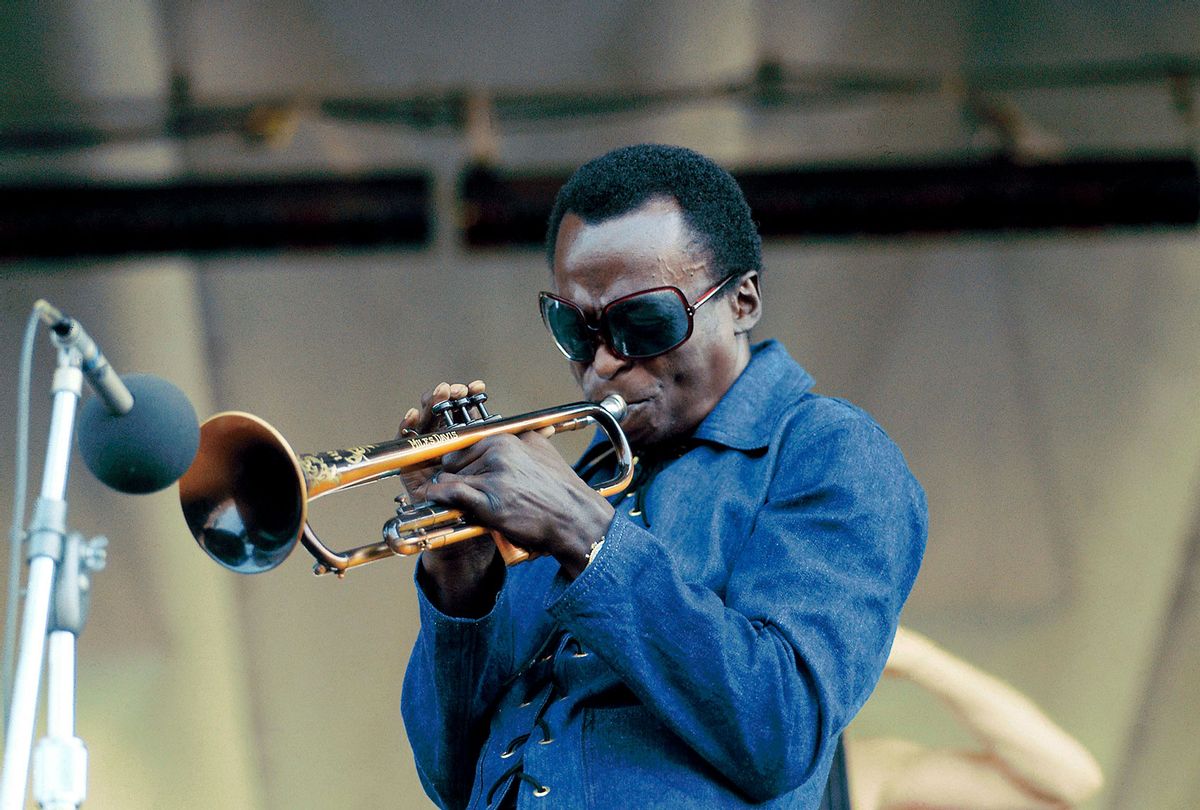 Thirty years after his death, the music of Miles Davis is in full swing. Davis defined the sound – and the sounds – of modern jazz like no other in the way he integrated the electric instrumentation of genres like rock, funk, and soul. He is one of the most influential musicians of the 20th century, in all genres.

This can be seen for example how often it is sampled by modern musicians.

For example, Davis can be heard providing a smooth, relaxed accompaniment to Trademark Da Skydiver’s more energetic and accentuated rap on the track Super Sticky. Listen, and after the velvet tones of John Coltrane’s tenor sax, you’ll hear the immediately recognizable plaintive moan of Davis’ muffled trumpet from his song “Flamenco Sketches” – one of Kind of Blue’s most famous tunes (1959 ), the best-selling jazz album of all time.

Hip-hop artists like The Roots, Mobb Deep, The Beatnuts, Black Moon, Heavy Da and The Boyz, Notorious BIG, Diddy, Outkast, Queen Latifah – to name a few – have all sampled the trumpeter from jazz.

Davis seemed destined for greatness from the start. His recording debut could not have been more auspicious. In 1945, failing to complete his studies at the prestigious Julliard School in New York, he replaced Dizzy Gillespie in a recording session for saxophonist Charlie Parker – the most famous jazz musician of that time, if not of any other. A night in Tunisia by Dizzy Gillespie is a good example of this session.

While Davis’ schooling in the fast-paced and aggressive 1940s bebop proved essential, it is his later work as a conductor that he is primarily remembered for.

He forms a Nonet (group of nine musicians) with an unusual formation, including French horn and tuba. Although the recordings were not an immediate success, they heralded the “cool jazz” that would prove popular with musicians unhappy with the stereotypical nature of bebop and its emphasis on virtuosity. It would be the 1957 release of the album “Birth of the Cool” containing recordings dating back to 1949, which brought the music to greater recognition.

During those intoxicating years one style quickly followed another and Davis was at the forefront of most of them. After cool jazz came “hard bop” – a return to the edginess of bebop combined with emerging “rhythm ‘n’ blues”. This can be heard in the song “When Lights Are Low” (1955). There was also the rise of “modal jazz”, using scales as the basis of melodic invention, rather than the underlying chords. The result was “Milestones” (1958), one of his masterpieces, which was soon followed by the legendary “Kind of Blue”.

These works cemented his reputation, making Davis arguably the most admired jazz musician of the 1960s. It is characteristic that Davis did not settle for this adulation but continued to experiment.

Fascinated by rock, funk and soul, he added electric instruments – electric guitars, pianos and keyboards – as well as a catchy rhythm to his music. The result was the “fusion” and from there was born the album I “na Silent Way” (1969). Then came the “jazz rock” of “Bitches Brew” (1970). As with folk artist Bob Dylan, electrification proved risky for Davis. Part of the jazz community never forgave her for what they considered a “sellout”. However, beyond jazz, his reputation has grown steadily.

In 1975, Davis retired from the public sphere. He had long suffered from health problems, made worse by drug addiction.

It was part of the dark side of his life. While he courted controversy during his lifetime due to his drug addiction and often brooding and moody demeanor, it is his often abusive and violent treatment of women that threatens to overshadow his legacy. In 2006, his ex-wife Frances Davis claimed that she “quit the race to [her] life – more than once, ”further detailing how the musician pushed her to give up her career because, as he put it,“ A woman should be with her man. Some of his other wives and partners have made similar statements.

Davis resurfaced in 1980 and managed to continue his career until his death on September 28, 1991.

During this time, he remains open to new influences, including hip-hop, which he incorporated in his last studio album “Doo-bop” (1991). So he would almost certainly have approved of his work being sampled.

His unique talent as a composer and conductor was to bring together an often diverse group of uniquely talented, often young, musicians and to feed off their ideas – to the point that the authorship of many of his best-known pieces is contested.

For example, many believe that pianist Bill Evans composed “Blue in Green” from “Kind of Blue”. However, while it’s not always clear who contributed which rating, the results are almost always unmistakably Miles.

This article is republished from The Conversation under a Creative Commons license. Read the original article.