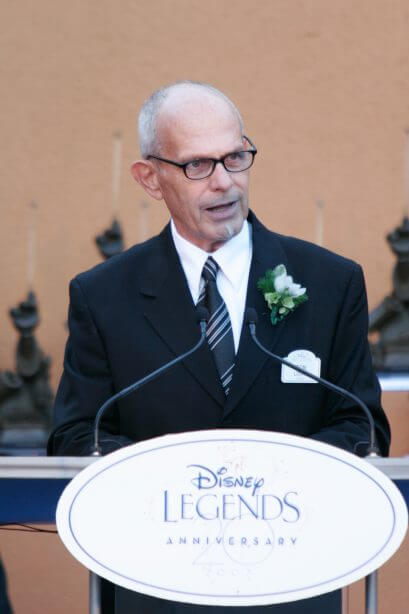 In the summer of 1961, Ron Logan traveled with the UCLA band for a tour of Europe. The principal trumpet player led a jazz band that performed for King Frederick of Denmark. Walt Disney was present as a special guest of the king.

It turned out to be an omen. Logan, a UCLA graduate with bachelor’s and master’s degrees in music and music education, began working for the Walt Disney Company in 1960, playing trumpet. He also worked elsewhere, both as a musician and as an educator. Logan served as director of bands at James Monroe High School in Sepulveda before becoming director of bands and jazz studies at Long Beach City College, where he served until 1978.

Then he went to work full time for Walt Disney. He started out as music director at Walt Disney World in Florida, leading the park’s marching band. He became executive vice president and executive producer of Walt Disney Entertainment Worldwide.

Logan has produced large-scale live entertainment for Disney parks, including Fantasticwho performed at Disneyland in 1992 and Disney’s Hollywood Studios in 1998, Indiana Jones Epic Stunt Spectacular!who performed at Disney’s Hollywood Studios in 1989, Lion King Partywho played at Disney’s Animal Kingdom theme park in 1998, and Buffalo Bill’s Wildwest Show who played at Disneyland Paris in 1992. He was part of the production team that brought The beauty and the Beast on Broadway, and he helped found Walt Disney Theatrical Productions, of which he served as president.

School of Music honors Ron Logan’s career and work, from his accomplishments as a trumpeter at UCLA, to leading a high school marching band, to producing so much live entertainment . He brought joy to countless people.