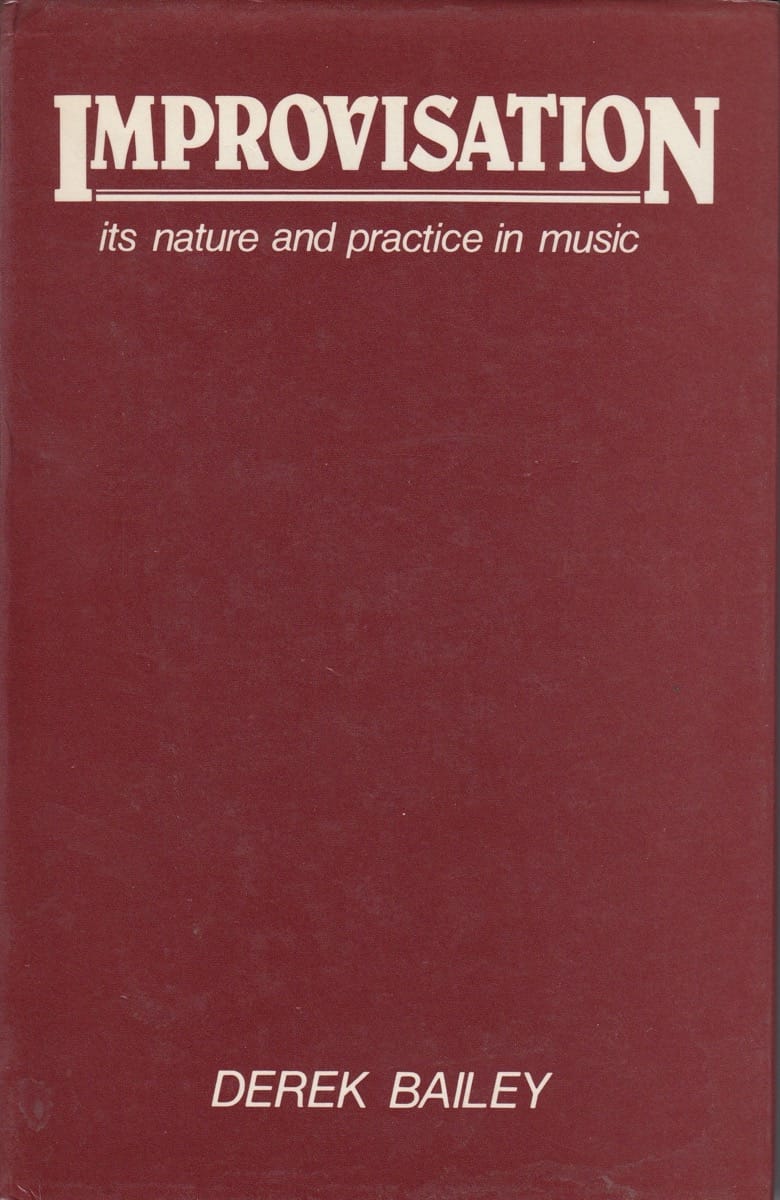 JJ 10/81: Improvisation – Its nature and practice in music

Guitarist Derek Bailey, a key figure in free improvisation, based this book on radio interviews with the main representatives of various music using improvisation. By nature, improvisation is fleeting and elusive, which on the one hand explains the lack of documentation about it, and also results in the musicians’ narratives of the process being mainly in abstract and aesthetic terms rather than technical.

One conclusion that emerges from discussions with many musicians (from India, baroque, flamenco, organ, rock, jazz and free music) is that improvisation is concomitant with vitality and development of all kinds, thus allowing the spontaneous and unhindered flow of new ideas. Baroque illustrates the fate of music with little improvisation: formerly very spontaneous, it no longer presents improvisation except as decoration, a petrified and non-evolving music.

Jazz is the subject of unequivocal treatment, reasoned along similar principles: “The most important contribution to the revitalization of improvisation in Western music in the 20th century was that of jazz. A contemporary assessment later renders: “Once rightly described as the sound of surprise (it) is now primarily listened to as a reliable reminder of yesteryear.” Interviews with Ronnie Scott and Steve Lacy represent conventional jazz and free jazz respectively, with Lacy providing a good summary of the development of jazz: “Jazz from the beginning was concerned with degrees of freedom” (each consecutive innovator being more free of freedom). expression than its predecessor).

Much of the book is about Bailey’s specialty, non-idiomatic free improvisation. The links with jazz are not denied, but the music essentially strives to transcend categories. The pursuit of novelty and the maintenance of complete freedom of expression are the basic principles: while many music superimposes improvisation on a motif, free music is the opposite, fundamentally avoiding the motif.

After the 2020 cancellation, the Gadsden St. Jazz Festival ’21 is upgraded to 2 days