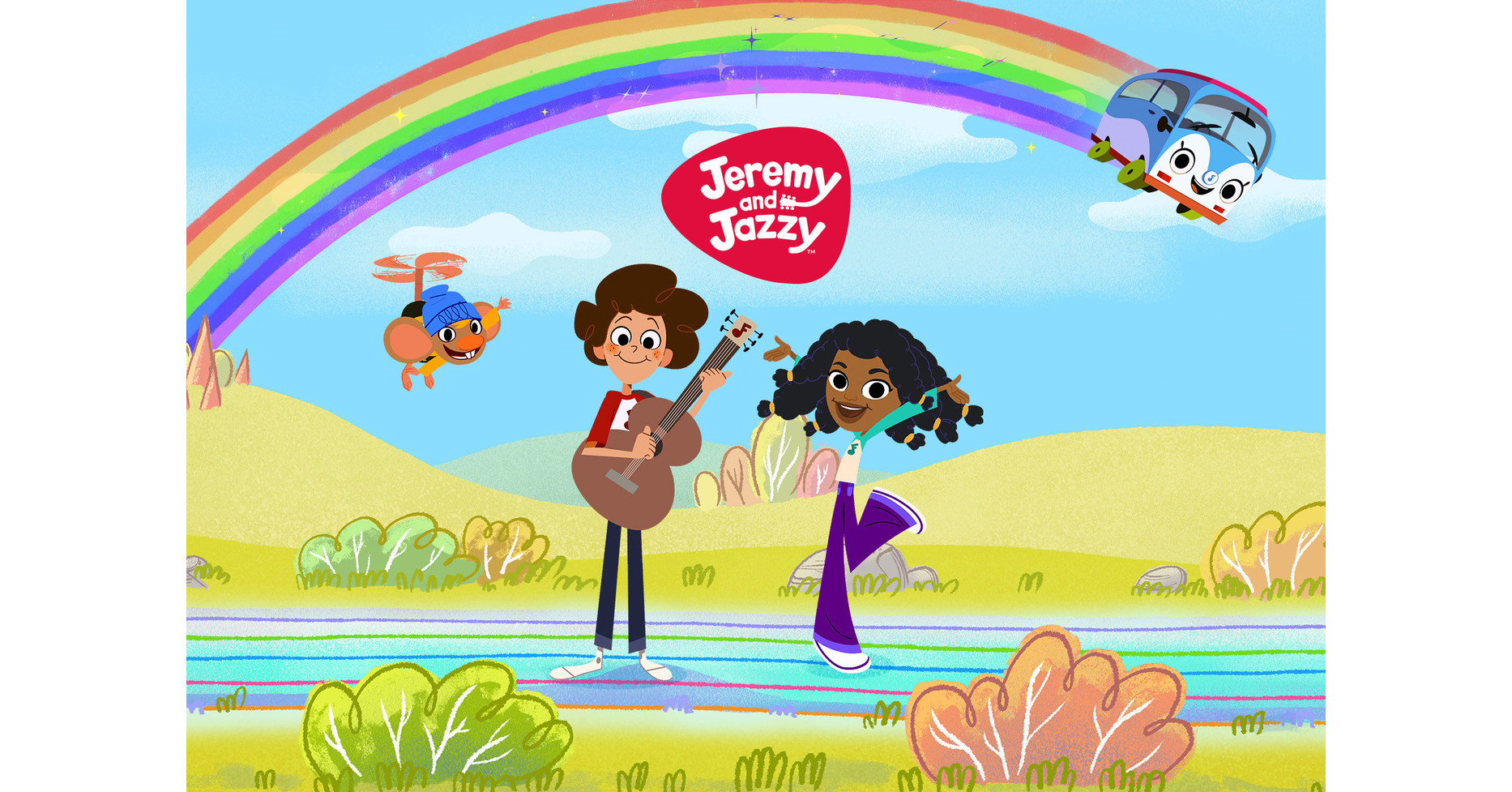 The stars of the series Jeremy Fisher (Jeremy) and award-winning artist Aiza Ntibarikure (jazzy). It takes place in Creation Station, a world brought to life through the magic of music. The first 26 two-minute episodes and a special 11-minute episode (featuring a guest appearance by the musician Joel Plaskett) will be available to stream at launch. A preview of the first short film, “Jeremy and Jazzy (Theme)”, is available here.

Also, today Jeremy and Jazzy released the album Say helloa collection of 26 new songs via Hidden Pony Records and Universal Music Canada on all streaming services. Led by Jeremy and Aiza, the tracks feature a diversity of styles – from vocal jazz and folk blues to funk, hip-hop, pop and more. The songs are supported by children from Dixon Hall School of Musicthe Canadian Children’s Opera Companyand Music for young children in Bedford, Nova Scotia. To listen Say hello here.

“When I became a father in 2018, I wanted to create music that kids and adults could enjoy together.” said Jeremy Fisher. “Originally a side project, it just kept growing. As a new dad, I loved it and it felt really natural. Then the pandemic hit. I spent the next two years home, being a full-time parent. Our days were filled with impromptu family dance parties, making up silly rhymes for laughs or to soothe hurt feelings. I captured every little moment in creaky voice memos, which are transformed into a collection of dozens of songs and a great collaboration with Aiza Ntibarikure.

“This project was a gift that came to me during the pandemic,” said Aiza Ntibarikure. “It was a joy to collaborate with Jeremy and the team on the music, character design (I love Jazzy’s hair!) and the message this project sends to kids and families about the power of friendship. and music.”

On September 6to celebrate the launch of the series on CBC Gem, Jeremy and Jazzy’s song “Paper Heart” will be included in the CBC Canadian Music Class Challenge, and the court will be available here. Classrooms throughout Canada can submit their own version of the song for a chance to win musical instruments for their school or for a chance to win a virtual classroom concert with Jeremy Fisher. Details are available at cbc.ca/musicclass.

September will also see the launch of Jeremy and Jazzy learna series of free and fun educational resources for K-2, developed in collaboration with Sheridan College, which brings music into the home and classroom to help children read and write. Activities will be available on JeremyandJazzy.com.

“Jeremy and Jazzy’s goal is to bring joy to children, families and teachers through the power of music,” said Virginia Thompsonseries co-creator and president of Vérité Films. “This project is a massive collaboration and has inspired everyone who has come into contact with it, and we’re thrilled to partner with CBC to bring Jeremy and Jazzy to Canadian kids as the back-to-school season begins.”

After Jeremy and Jazzy short films and songs are already in production and set to launch with CBC Kids and Universal Music Canada in 2023, as well as touring shows, books and more educational content from Jeremy and Jazzy Learn. Jeremy and Jazzy will inspire kids and parents to sing, dance, create and learn about JeremyandJazzy.com, Youtube and Facebook .

CBC Kids’ mandate is to inform, enlighten and entertain Canadian children ages 2-13 and their caregivers on CBC TV, CBC GEM, cbckids.ca and cbckidsnews.ca, cbcparents.ca as well as on top Youtube, Facebook and instagram.

CBC/Radio-Canada is from Canada national public broadcaster. Through our mandate to inform, enlighten and entertain, we play a central role in strengthening Canadian culture. As from Canada A trusted source of information, we offer a uniquely Canadian perspective on current affairs, current affairs and world affairs. Our distinctively local entertainment programming draws audiences from across the country. Deeply rooted in communities, CBC/Radio-Canada offers diverse content in English, French and eight Indigenous languages. We also deliver content in Spanish, Arabic, Chinese, Punjabi and Tagalog, as well as both official languages, through Radio Canada International (RCI). We are leading the transformation to meet the needs of Canadians in a digital world.www.cbc.ca