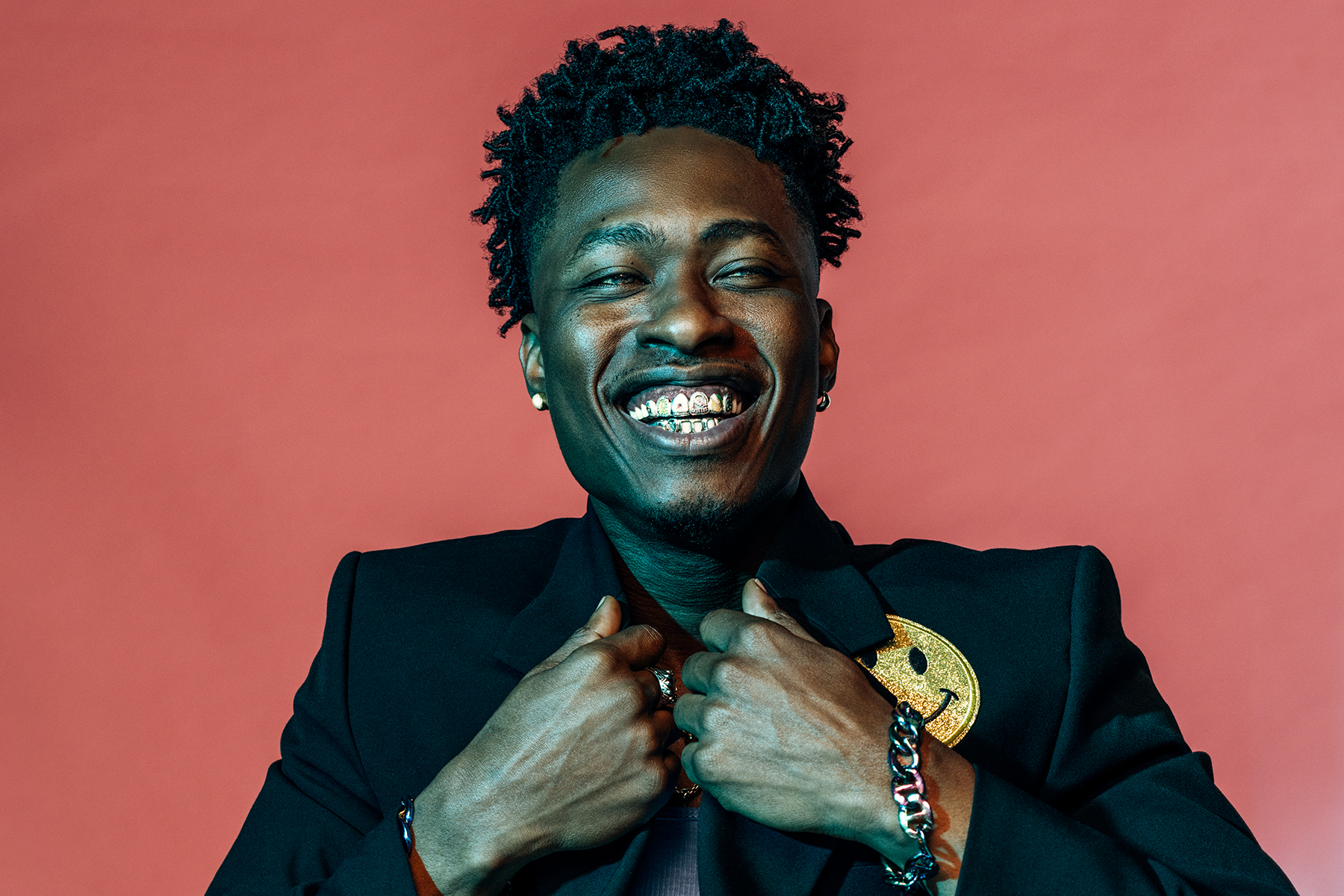 When Lucky Daye attended the Grammy Awards in Las Vegas last weekend, he was thinking optimistically. “I quit every time they name me,” the 36-year-old singer said shortly before the ceremony, where he won Best Progressive R&B Album for his 2021 EP. Table for two. “It feels good to be nominated for any award.”

Daye reunited Table for two recruiting a range of impressive singers, including Ari Lennox, Joyce Wrice, Yebba and Tiana Major9, for duets. For his latest project, Drop candies, released in March, he thought with even more ambition. When he talks about the versatile 17-track project, he sounds like a master chef.

“I wanted it to be a matter of taste,” he explains during a Zoom call from a studio in Burbank, Calif. “Some people like things that someone else hates. You could get super sweet or super salty [sounds]. I’m just looking for a new creative angle to approach the music.

The new album opens with a smooth intro where Daye sings softly but confidently of his love for someone who doesn’t seem to pay him much attention in return. “If I knew where to start / I’d probably have your heart,” he rhymes over a harmony of vocals that then turns into a background of strummed harp and funky bass that makes Daye’s lyrics dance.

The album seems to be split into two parts, with the first half being more upbeat pop tunes, including features from Smino on “God Body” and Lil Durk on the gangster-yet-bluesy song “NWA.” This last song, he notes, is not about the pioneering West Coast rap group, but rather a feeling about his own experience in the world.

“Growing up, when I heard the term ‘NWA’, I never thought of the band,” he says. “It was how people perceived me. When I’m in the elevator and someone doesn’t want to ride with me, it’s probably because they’re scared of me. In my mind, that’s always what makes me special – people fear the greatness in me.

In the second half of the album, the songs slow down a bit, get sexier, and move into what seems to be Daye’s natural sonic habitat, as heard on her favorite song from the new album, “F* *** N Sound”.

“If a chef offered you something sweet and savory on a plate, that would be it,” he says. “It’s the sweetest and saltiest you can get on a song.”

Daye’s exquisite taste is heard throughout the project, and in true Daye fashion, each song has a musical exit that leads into the next song, a pattern he has incorporated into his music since his 2019 debut. “It’s all intentional,” he said. “I like to link clues to the people who have been with me since day one. What you hear at the end of songs always has a reason – they either tie into the start of the next song, or they continue from the end of the last song.

His own story began in the heart of New Orleans, where he was born and raised. Growing up everywhere and especially in the Seventh Ward, Daye was exposed to the city’s rich history of jazz music, as well as other influences. “The first songs I started hearing were on the bus, and I didn’t know what I was hearing,” he recalls. “At home, I listened to everything I did, because that’s how I started making music. I didn’t start by listening.

As a child, he made songs and melodies from the nursery rhymes he learned. “We had to make drums with our hands, and I started singing while singing my nursery rhyme books when I was a kid,” says Daye. Even in church, Daye did not sing gospel per se; his church encouraged congregants to compose their own music and create their own melodies.

“I do it for fun now, although I’ve learned to adapt,” Daye says. “I don’t write physically, I just go into the booth and let my brain work. When I write with other people, I understand that everyone does it differently, and it helps me to practice and also to learn something. Once I saw someone who already had words, but they needed a melody and I was like, ‘Oh! I bet I haven’t done this in a long time, let’s try!”

Although the album has different genre touches, everything has an element of sexiness that Daye says is part of her character. “I sometimes catch myself withdrawing into sexuality, [but] it’s who I am and something everyone can relate to,” he says.

During the creation Candydrip, Daye and his manager kept an eye out for the album cover’s honey-gold color, which references the Ohio Players’ 70s sounds. He’s a man of many sounds, and he doesn’t try to be defined as one type of artist.

“How do you see Amy Winehouse?” he says when asked to define his gender.

“Exactly – that’s what I want here,” he continues when I tilt my head to the left. “I just want to keep making music that inspires and music that can push the trend. I don’t want us to get stuck. We have a train coming, we have to make noise, we can’t enter quietly.