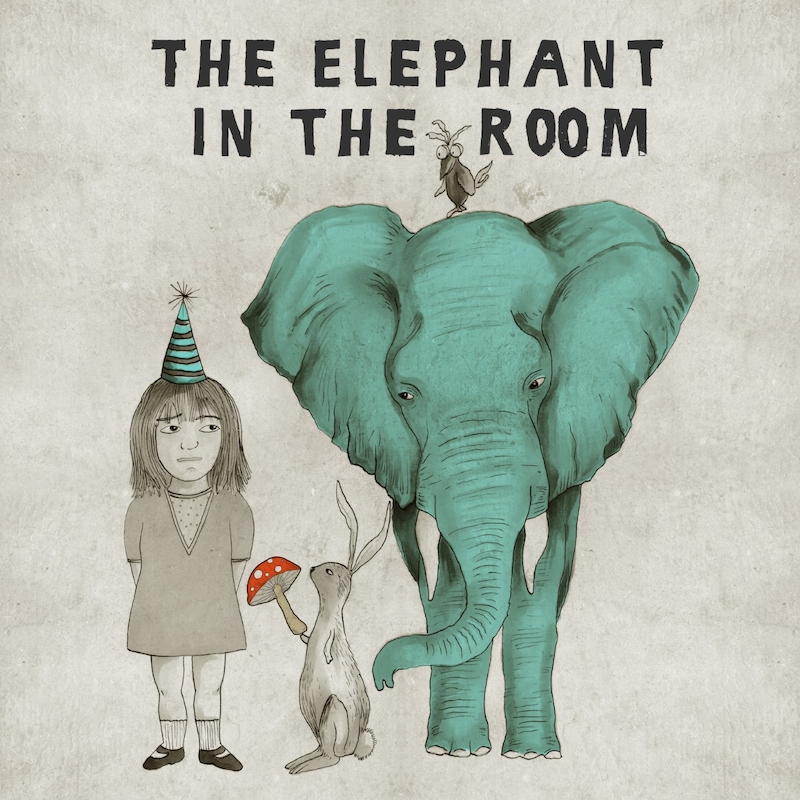 Melanie Greenberg presents her show, The Elephant in the Room, until January at the Apple Tree Inn in Lenox. Image courtesy of the interpreter

To his heart, Melanie Greenberg believes in the healing power of stories. In fact, the writer and artist views story sharing as the key to understanding oneself and others – a practice requiring equal amounts of vulnerability and authenticity, for both storytellers and listeners.

Rather not go there? Join the crowd. Staying in your comfort zone, at the expense of arousing empathy and truly understanding another person’s point of view, has become such a pervasive problem that it cannot be ignored. Talk about the elephant in the room. Fortunately, Greenberg is changing this paradigm, through his show, The elephant in the room, which was extended until January at the Apple tree inn at Lenox.

â€œHistory is everything,â€ Greenberg told The Edge. “There was this story about me that I’ve heard all my life, and that’s where I start.” Greenberg uses additional anecdotes from her journey off the beaten track to date – like when, at age 15, she pawned her mother’s fur coat, ran away from her home on the Upper East Side of Manhattan and joined a Pentecostal family born again in Houston – not only to dive deep, but also to come to a new understanding of herself.

“I have to rewrite this story, and I have to claim it, and I have to tell it in a way that is authentic to me – that I sign,” she said of the creative process that preceded her on stage. . . (Her show debuted in October at the 2021 United Solo Theater Festival in New York City). Developing empathy for one another through storytelling quickly became Greenberg’s goal.

“The connections people make and the ability to suddenly understand each other [through story], are amazing, â€she said,â€œ and yet it seems so basic. Much like her show’s nickname (and the metaphorical idiom it derives from), Greenberg is both aware of the resistance to – and attached to the power that lies within – laying it all bare and find common ground.

Greenberg’s love for the theater began when she was very young. “[For] anyone who is interested in theater, there is an inherent interest in history, â€she explained, in particular how we to share stories. She stumbled upon storytelling “as a means of personal transformation … and as a way to develop empathy and connect on a deeper level” when she started working with a nonprofit called Open doors. The organization, an arts and justice initiative as part of the Center for transformative action, takes the lived experiences of black and brown people who use wheelchairs to focus on disability justice and community building. What Greenberg saw, through his interaction with people working to overcome traumatic experiences (then related to gun violence), was “how empowered they were to learn from those experiences, to learn from them. to make stories – and to art, really, in all its forms. – and share these experiences. The best part was that the feeling of empowerment had reciprocal effects on the members of the collective, as well as those who were privileged to hear their stories.

This work really ‘paid off’ for Greenberg who – in a fortuitous moment, having moved from Brooklyn over a year ago – was eager to go to a Berkshires-based stage to share his moment ‘ah -ha â€. She realized that there is always common ground to be found when we come together and seek to understand others, even those in the world with whom we think we have the least in common.

Building community through storytelling remains Greenberg’s passion, in large part due to his view that life is a series of interconnected relationships. She is currently launching The sanctuary of history, a non-profit organization inspired by its work with Open Doors, where individuals from all walks of life, including communities in conflict, can come together to develop empathy and self-awareness through storytelling. It’s a philosophy that permeates the Apple Tree Inn, where Greenberg returns four consecutive Friday nights in January.

The place, built on the belief that art and creativity enrich the life of every human being, is set in an awe-inspiring location at the foot of Richmond Mountain. His Ostrich Room currently offers live music five nights a week in genres ranging from blues and jazz to the occasional late night DJ. It’s poised to be a destination for music and culture, much like its neighbor across the street, Tanglewood, and the now defunct Music Inn, which once occupied the barns and outbuildings of Wheatleigh.

â€œThey create spaces for artists,â€ Greenberg said of the place, â€œwhich is so important, [especially] during this difficult time. We start to believe the stories that other people tell about us, â€she said of the danger of avoiding storytelling all together, which creates a fascinating kind of dance:â€œ In some ways, l history is everything; in some ways it’s an illusion, â€she mused. Best to see for yourself.

David Surette, teacher at the community music school, “performed as he lived” – with an open ear and a lot of heart