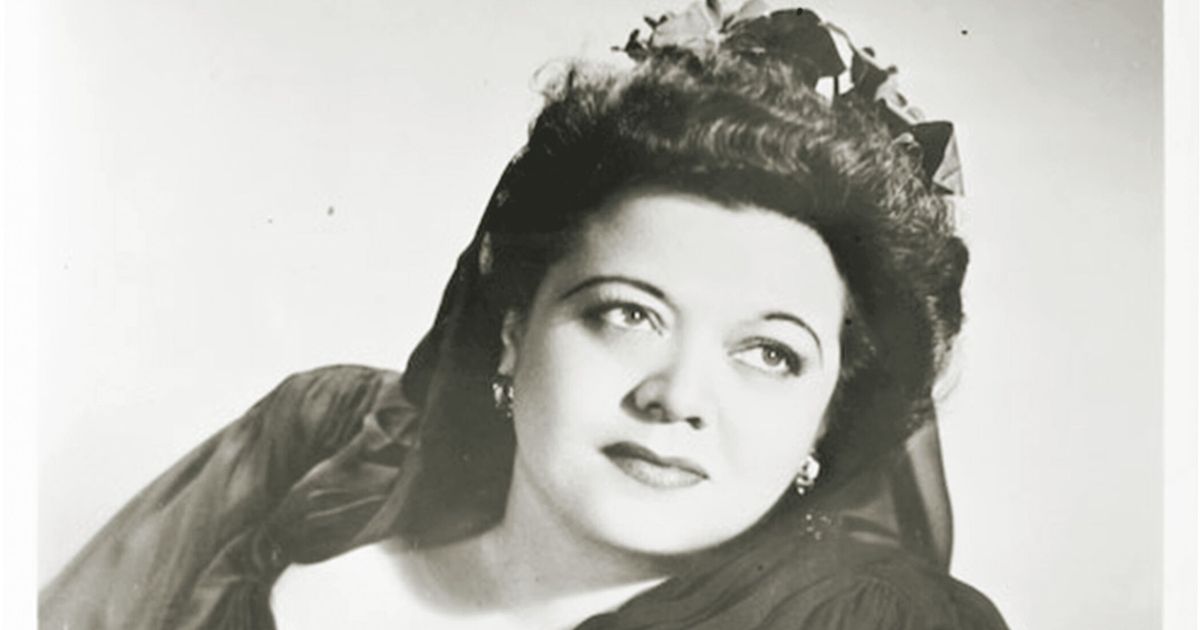 It’s a special occasion when guitarist and bandleader Garrin Hertel and vocalist Julia Rinker pay tribute to jazz icon Mildred Bailey. But when the Spokane multimedia artist and Bailey’s niece tip their hats to Bailey on Friday at the Montvale Event Center, Hertel’s Zonky Jazz Band will be joined by Ken Peplowski, who is one of the world’s greatest clarinetists.

“I can’t express how excited I am to be a part of this event,” Peplowski said on a call from New York. “Mildred Bailey had such a great sense of timing and feeling in her singing. She had everything. And it’s not like we’re talking about someone who is ancient history. Music fans should know what she accomplished because she was so awesome, and there was no one like Mildred Bailey.

Sadly, Bailey, despite being a big star during the Roaring Twenties, has slipped through the cracks of history. Bailey was born in 1900 in the Tekoa area and her family moved to Spokane when she was 13. Her brothers, Al Rinker and Miles Rinker, formed a band with Bing Crosby, who admired Bailey. When Bailey was 17, she moved to Seattle to work as a sheet music demonstrator at a department store.

She moved to Los Angeles soon after to establish her career. Bailey found work for Crosby and his brothers in LA Bailey headlined Hollywood clubs in 1925, performing jazz, pop songs and vaudeville standards. She exploded when she landed a gig with the Paul Whiteman Orchestra in 1929.

“Paul Whiteman and his band were the biggest stars of their time, and Mildred became the biggest thing in his band,” Hertel said. “Mildred was the first woman to conduct a national orchestra. Mildred paved the way for the careers of Billie Holiday and Ella Fitzgerald.

Although Bailey had great success with what became her signature song, “Rockin’ Chair”, and was nicknamed “Mrs. Swing” (her husband, xylophonist Red Norvo, was Mr. Swing), the dynamic entertainer is a relative footnote in music history.

“My aunt’s musicality was subtle,” Rinker said. “I think that’s another reason why she’s not as well known as Ella Fitzgerald, who could scatter like no one else. She was so supportive of Billie, who was also brilliantly talented. Before Holiday reached the upper echelon of jazz, Bailey employed Holiday’s mother as a housekeeper.

“My aunt was a huge influence on Ella, Billie and myself,” Rinker said. “I know she was fiery. Every time I acted like a kid, my dad would say, “You act like your aunt,” which I took as a compliment. I wanted to be like her.”

Bailey died of a heart attack at age 51. “I was only 7 at the time, and it hurt a lot,” Rinker said of calling from Los Angeles. “But she had a huge impact on me.” Rinker, 76, has carved out a laudable career as a singer. The stylish entertainer has been an in-demand session singer for over four decades. Rinker has recorded with icons such as Frank Sinatra, Dean Martin and Olivia Newton-John.

Rinker sang the “Come and Knock on Our Door” theme for the hit sitcom “Three’s Company.” “I had to re-record this song every year,” Rinker said. “It was such a great time with ‘Three’s Company,'” Rinker said. “John Ritter, Suzanne Somers and Joyce Dewitt were like family.

“Looking back, it’s been an incredible career, but I want to do more, especially when it comes to my aunt.”

Rinker hopes to work on a solo show honoring Bailey, and Hertel would like to make a film about Bailey’s life. “I think Mildred’s Life would work well as a biopic,” Hertel said. “She was funny, smart and found these phrases amusing. The word was that she came up with the phrase “he sends me”. ”

In the meantime, Hertel and Rinker will keep Bailey’s memory alive through concerts. “I’m looking forward to the show because I feel so connected to this city,” Rinker said. “Spokane is a special place for me and my family.”

Rinker’s father, Al, grew up in Spokane, but his children grew up in Los Angeles. “When I was growing up, Doris Day and Johnny Mercer, people like that, would come to our house. The music was always there, and when I was really young, Mildred, who was such a special person, was there. I love my family. I have such great memories.

The Zonky Jazz Band is like an extended family to Rinker. “They’re like my siblings,” Rinker said. “I love the energy I feel from Garrin and the Zonky band. I feel like I’m joining my dad’s past when I sing with them.

“I can smell my dad and my aunt when I play. I feel like I’m seeing my father through Garrin’s eyes. We are all connected to this energy every time we play Spokane. When I go back it’s always like coming home.

Rinker will sing a third of his aunt’s songs. Zonky Jazz Band vocalists Olivia Brownlee of Liberty Lake and Liv Tracy, a 19-year-old from Mead High School, will handle the rest of the songs.

Many songs from “Home” will be returned to the Montvale Event Center. “We won’t play the whole album, but we will play a good portion of it and a number of songs that aren’t on the record,” Hertel said.

“But the concert and the album have the same goal, which is to celebrate Mildred Bailey and inspire music fans to learn more about her. Much of her music has had an impact on pop culture, and most people don’t realize that.His song “Home” was part of the soundtrack of “The Shining”.His music is there.

The Zonky Band often plays Bailey’s tunes at the Lucky You Lounge. “We’ll be there over the summer working and polishing those tracks before we fade away and focus on recording,” Hertel said. “The arrangements are complete, and now we’ll work on the easy part.

“What we hope we can achieve with the album and the live shows is to move people, and if Mildred was there to move them in hopes that she would stomp or rock her chair for what we do , which we think is very special.

To contribute to the GoFundMe for “Home: A Swingin’ Tribute to Mildred Bailey”, go to zonkyjazzband.com.