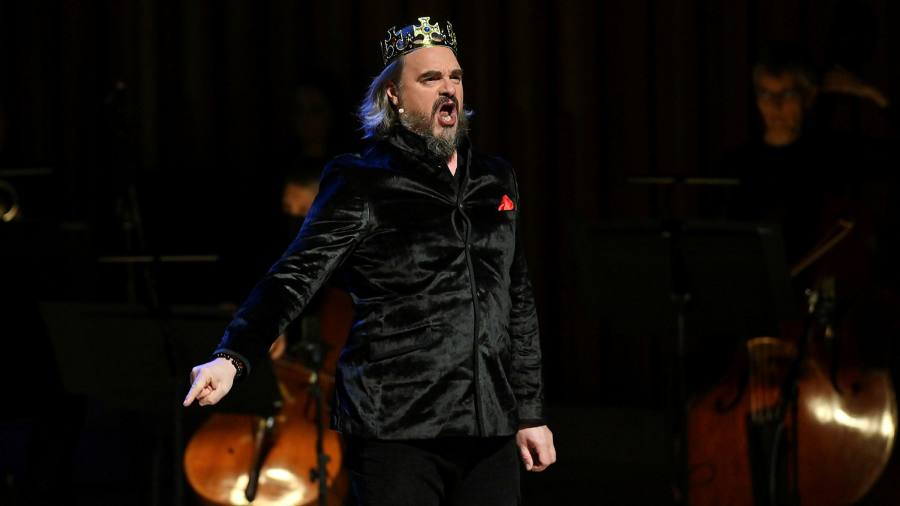 For Marianka Zadikow May, survivor of the Theresienstadt concentration camp, the representations of Verdi Requiem given by her and other prisoners were unforgettable. As she told the Defiant Requiem Foundation:[The conductor] explained: it was our fight, good against evil, music against violence and death. And we will survive. This music will be carried to the highest heights from the deepest depths for in a place like this it has never been sung before.

Located in Terezín in what is now the Czech Republic, Theresienstadt was presented by the Nazis as their “model camp”, sometimes referred to as a ghetto. Central to the positive orientation they wanted to fabricate was a cultural program, and propaganda films were made about the musical activities. In fact, it is estimated that more than 30,000 people died there.

Verdi’s representations Requiem maybe an important point for some, but there were many other things. In addition to concerts of symphonic and chamber works, jazz and operas, there was new music written mainly by Jewish composers of Czech descent, such as Pavel Haas, Hans Krása and Gideon Klein, and l ‘Austrian Viktor Ullmann.

Ahead of Holocaust Memorial Day on Thursday, the BBC dedicated one of its full immersion days to their music last weekend. Entitled “Music for the End of Time”, it included a documentary, a lecture and three concerts, shared between students from the Guildhall School of Music & Drama and the BBC Symphony Orchestra.

It is remarkable that any music could have been composed under these conditions, not only because of the immense suffering, but also the practical difficulties, such as obtaining instruments and manuscript paper. Works were designed to fit the resources available, as in Haas’ violently rhythmic String Quartet No. 2, Monkey Mountainswhere percussion is unexpectedly added to the mix.

It was a feature of the afternoon program, in which choral and chamber music was interspersed with readings. Most moving of these was a parent’s diary following the rare birth of a baby in the camp, to which Ullmann’s Yiddish Songs, wonderfully performed by the BBC Singers, added poignant accompaniment. The last diary entry told of the family’s upcoming deportation from the camp. Ullmann himself was then deported to Auschwitz, where he was killed.

The evening concert paired two major works. Ullmann’s The Kaiser of Atlantis is a biting satire, half-cabaret, half-opera, with the flavor of Kurt Weill. His allegory of Emperor Overall, a dictator who declares universal war, fell under Nazi censorship before it could be performed, but unexpectedly the manuscript survived. The piquant mix of instrumental sounds, including banjo and accordion, was well captured in this semi-staged performance directed by Josep Pons, but despite (or perhaps because of) the amplification, few words appeared.

Meanwhile, Olivier Messiaen is interned in a prisoner of war camp in Görlitz, in eastern Germany. Finding a violinist, a cellist and a clarinetist among his fellow prisoners, he composed his chamber masterpiece Quartet for the end of time (Quartet for the end of time) with himself as pianist. In a very beautiful interpretation of the young musicians of Guildhall, this visionary music seemed indeed timeless, a still living voice of the past not to be silenced.

Jelly Roll explains his transition from hip-hop to rock