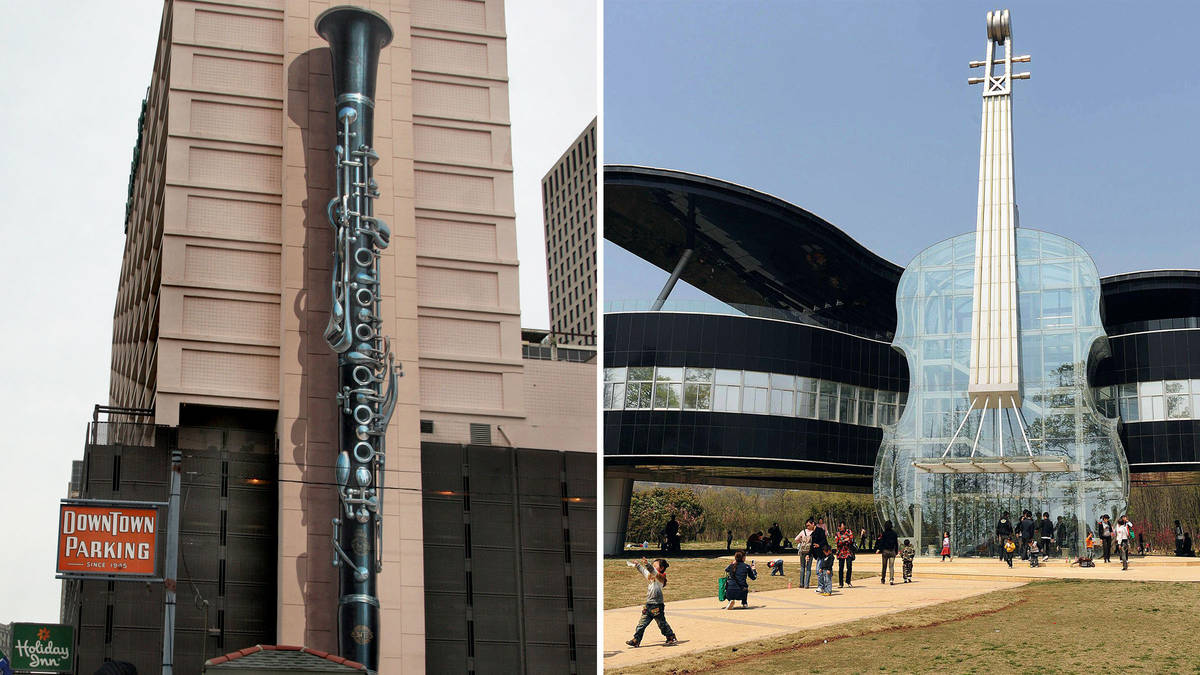 We explore the most breathtaking music-themed buildings and spaces in the world.

We saw classical music housed in some pretty spectacular spaces – from ornate operas and iconic, vaulted concert halls, to sensational architectural monuments and a natural environment of breathtaking beauty.

But the music, in turn, inspired real buildings. And the most inspiring of them, for us, are the architectural wonders that are literally music–shaped and built around giant musical instrument designs.

Here are some of the most amazing examples from around the world.

Read more: Discover the most beautiful concert halls in the world