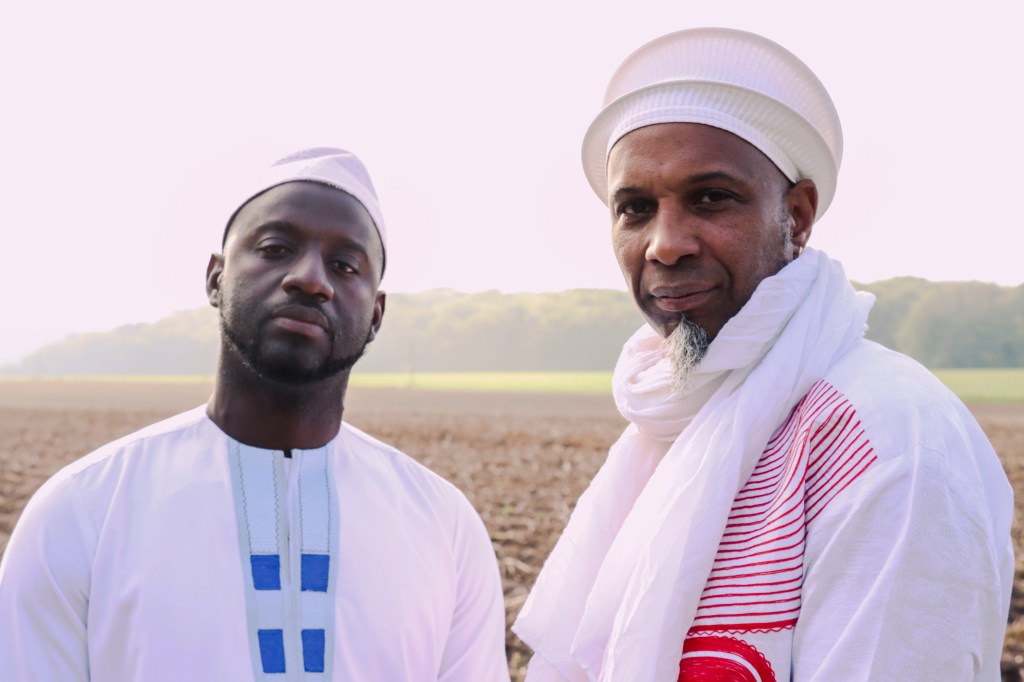 In the summer of 2020, during an easing of the lockdown restrictions in the event of a pandemic, Omar Sosa and Seckou Keita traveled to the island of Menorca to start collaborating on their second album “SUBA”.

After developing the songs, the album was recorded in Osnabrück, Germany, and on October 22, SUBA will be released worldwide on the bendigedig label. SUBA also stars Venezuelan percussionist Gustavo Ovalles and follows the trio’s 2017 debut album Translucent Water. SUBA is the word for “sunrise” in Mandingo, Seckou Keita’s native language.

Cuban-born Sosa is a seven-time Grammy-nominated jazz pianist who mixes traditional Afro-Cuban rhythms and melodies with contemporary styles. Sosa started playing percussion and marimba at the age of 8 and only started playing the piano due to the lack of marimbas in Havana. On September 16, Sosa presented the world premiere of his multimedia production “Motherland Journey” at SFJAZZ with Kenyan-born sculptor Githinji Wa’mbire and drummer Amaury Acosta. Sosa left Cuba in 1993 to live in Ecuador before coming to San Francisco. He lived in the Bay Area from 1995 to 1999 when he moved to Barcelona.

Keita was born in Senegal and started playing the kora (African harp) at the age of 7, under the tutelage of his grandfather. Keita’s mother’s family has been made up of griots (storytellers-musicians) and kora players for three centuries and her father is a descendant of Sunjata Keita, founder of the medieval empire of Mali. Keita also sings and plays talking drum and djembe on SUBA.

Sosa and Keita first met in 2012 and their collaboration has been creative, spiritual and rhythmic. Sosa’s devotion to the Afro-Cuban Santería religion matches Keita’s Islamic faith. Sosa describes the new album as “a hymn to hope, to a new dawn of compassion and real change in a post-pandemic world, a visceral reiteration of humanity’s eternal prayer for peace and unity” .

Music based on freedom

Q: “Tell me about being together to create SUBA”.

Sosa: “The creative process must have all of these ingredients; good environment, good food and good company. When you have them together, it’s a perfect setting for making music. I said to Seckou: ‘Let’s go to my home in Menorca facing the sea and create music based on freedom. Let’s see how nature can express itself through us! We cooked and ate together; it was a beautiful creative process. Every day, Seckou would come in the morning and we would walk on the beach. I would do my yoga. And you see the result in the file. It is a peaceful testimony of contemplation.

Keita: “It was a special and privileged moment in the midst of all the madness of the pandemic. We had this little window where it was possible to meet in Omar’s house in Menorca and I thought it would be a great opportunity to spend time with my kids as well. Having them with them and Omar’s family brought a different energy and a reminder of what matters in life. There was a lot of laughter, great food and time to think.

The ocean is the mother

Q: “The ocean is so vast, calm and powerful at the same time. The song “Voices of the Sea” has a sadness, touching the role of the ocean as a passage for migrants and slaves. “

Keita: “The ocean is a constant reminder of the distance, travel and fragility of the world and the need to be close to those you love. In Senegal and Gambia, the sea plays an essential role in our history; he brought the British and the French to our shores and took our people as slaves. Can you imagine the terror these people must have experienced? They were forcibly taken on a dangerous journey into the unknown. The sea evokes a lot of sadness but also nostalgia for me, to be on the beach with family and friends. And that gives rise to hope.

Sosa: “In my religion – Santería – the sea is the mother of the world. And the mother always gives love to the child. And that’s what the ocean is for the entire planet; it is love and light. The ocean for me is optimism. One of the best places to meditate is by the ocean, man.

Q: “One of the songs is called ‘Korason’ which of course sounds like the Spanish word for heart – ‘corazon’.

Sosa: “I always like to play with words. When you say the name it sounds like “corazon” because it comes from the heart. But we decided to spell it like the instrument, the kora. More “son” like a montuno sound (Afro-Cuban style of music). A Korason is like a montuno sound played with the kora. Basically it was one of the songs we wrote in Menorca and the idea was to touch the souls of people in a positive way by saying “Hey, it’s all about peace, love and love. ‘unity”. When we created the song, that’s what we thought. And indeed, Seckou plays a bit of the montuno sound a la kora! It’s a little mix between African music, Venezuelan music, Western music, Afro-Cuban music and a bit of electronics.

Q: “The pace is so important to both of you. In addition to piano and kora, you sing, play marimba, talking drum and djembe on SUBA.

Sosa: “Personally, every record I make, I play the balafon; sometimes I play the marimba and sometimes the xylophone. It is an important instrument in all African countries of the continent. And this is really my main instrument! I started with percussion. I don’t want to forget that I am a percussionist! (laughs) So for me playing the balafon on this record, it’s like I always say, it’s a way for me to say thank you to Africa for giving me the opportunity to learn how to play Tanzanian balafon, and a little bit the way they play in Mali. I combine that with traditional Afro-Cuban rhythms and have fun when I play. Really funny!”

Keita: “The talking drum is a means of communication without words. Friends can communicate without words. For my collaboration with Omar, being a drummer at heart gives us an additional golden tool. It allows us to feel the tempo. In the studio, we sometimes barely use the metronome. Our polyrhythmic encounter of instruments is done with less effort.

Q: “This album is so beautiful and soothing. “

Sosa: “This album is our response to COVID! Seckou and I decided to go to the studio during the lockdown. As soon as they open, they give us the opportunity to travel. First of all, we went to Menorca to prepare the music and develop the compositions. And as soon as we had the chance, we went to Osnabrück, Germany, to record with Gustavo Ovalles on percussion. It was a small team and we worked really well together. I’m really happy with the result because, in my humble opinion, this world needs peace, man. This world needs love, unity and hope. It is through this music that we present peace and light. We called the record SUBA, a word from Seckou’s Mandiko language. It means sunrise.

Keita: “We have this connection. There is joy in being on stage together – to be free to go into the unknown with our music, but at the same time secure with the contribution of Gustavo (percussion). We also have a spiritual bond, which comes from having been brought up in different places but with a strong bond with our homeland. Suba to me is a smiling sunrise, hope for a new day, leaving the darkness behind with prayers, determination and blessings for the future. If only we could look ahead to see every sunrise in the future, even with the darkness and the unknowns, and face them with positive vibes to start the day.

Sosa: “I am a positive person and my mission is to create music and art that spreads peace and unity. And that’s what I keep doing. We have no choice, man. You know? We have a mission and we must continue our mission. It is what it is.

Listen to this interview with Omar Sosa and songs from SUBA Thursday lunchtime on Transformation Highway with John Malkin on KZSC 88.1 FM / kzsc.org.

COLUMN: Tribute to a beloved volunteer shows the art of generosity