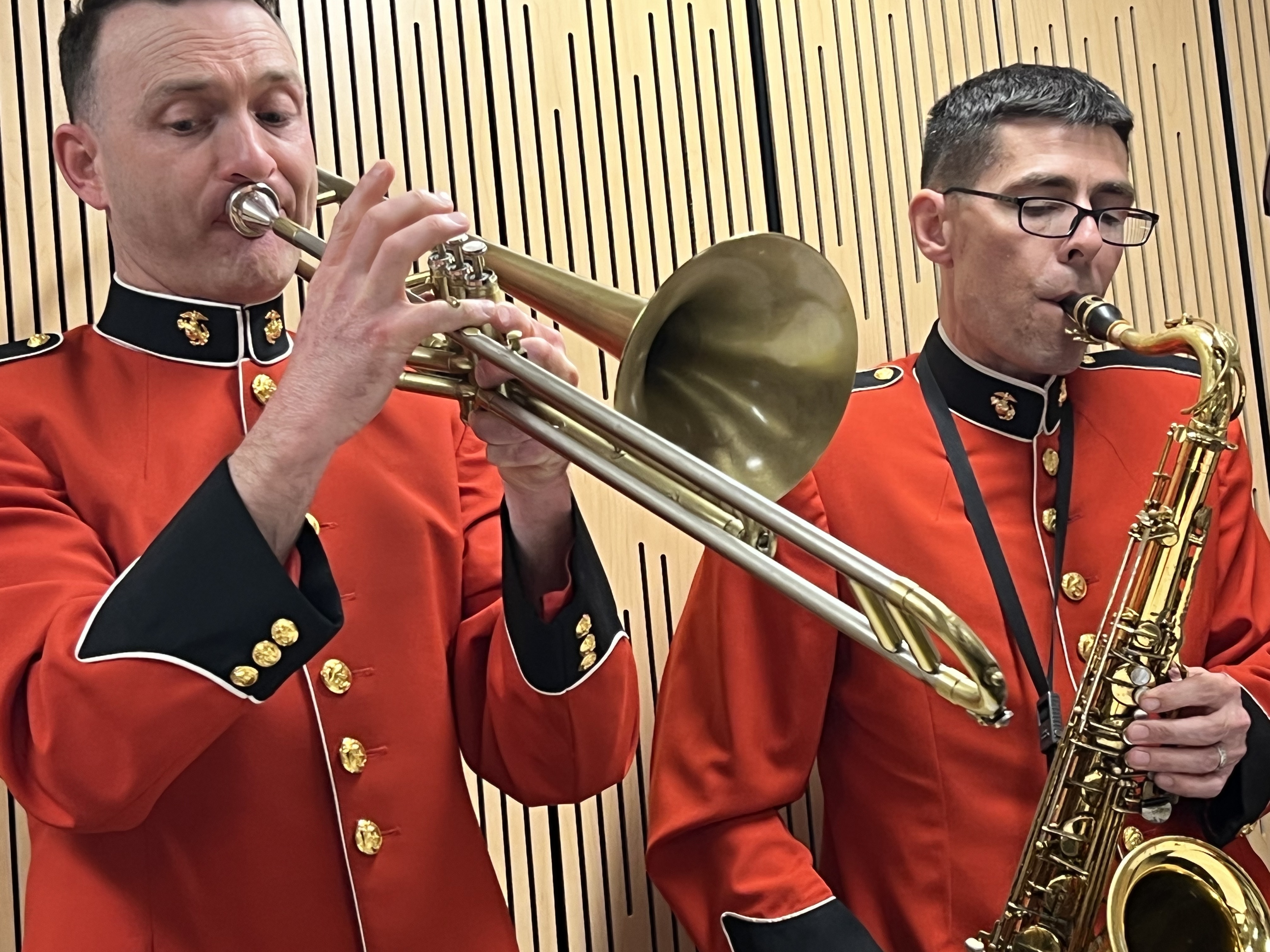 It might have been Friday the 13th, but if you’re a music lover, Juneau afternoon was your lucky day.

The President’s Own US Marine Jazz Band was live in our studios. It’s the band that plays for the President of the United States at the White House and at other diplomatic functions, featured at this year’s Juneau Jazz and Classics spring festival.

Also on the program:

Andy Kline hosted Friday’s show. You can catch Juneau Afternoon, Tuesday through Friday, live at 3:00 p.m. on KTOO Juneau 104.3. The replay airs at 7:00 p.m. on KTOO. You can also listen online at ktoo.org.

For more information on Juneau Afternoon or to schedule the show time, email [email protected]

The President’s Own US Marine Jazz Band was one of the crowd favorites at this year’s Juneau Jazz and Classics Festival. Trombonist Ryan McGeorge even wrote a song for the band’s Juneau tour called Malamute Strut, inspired by his Alaskan sled dog, who lives with McGeorge in the Washington DC area but seems to be full of Alaskan attitude. Greg Ridlington, who plays saxophone and is also the band’s frontman, explains some of the band’s history, dating back to presidents John Adams and Thomas Jefferson.

It is normal for the classical artists of the Juneau Jazz and Classics Festival to improvise like their jazz counterparts. But Zuill Bailey didn’t expect that to happen with the concert schedule. Due to flight schedule issues, two of the Arianna String Quartet members were stranded in St. Louis and unable to attend two of the quartet’s scheduled performances on Monday night. Thus, the two members who arrived joined forces with Zuill Bailey on cello to form a trio. With just half an hour to learn new music, Bailey shares how the ad hoc trio pulled off their one-of-a-kind performance.

Guests: Margaret Luedke, Juneau Public Libraries Marketing and Programs Coordinator
There’s a lot of excitement at Juneau Public Libraries this month, which started offering a new digital service called Hoopla. Library card holders can download an app and use it to access e-books, videos, music, and other media 24/7. Also on Saturday, May 21, there will be no shooshing at the Mendenhall branch of the library, where a group of students from the Nagoonberry Music Program will play a children’s rock concert at 3:00 p.m.

Here are 10 interesting dance facts you need to know!