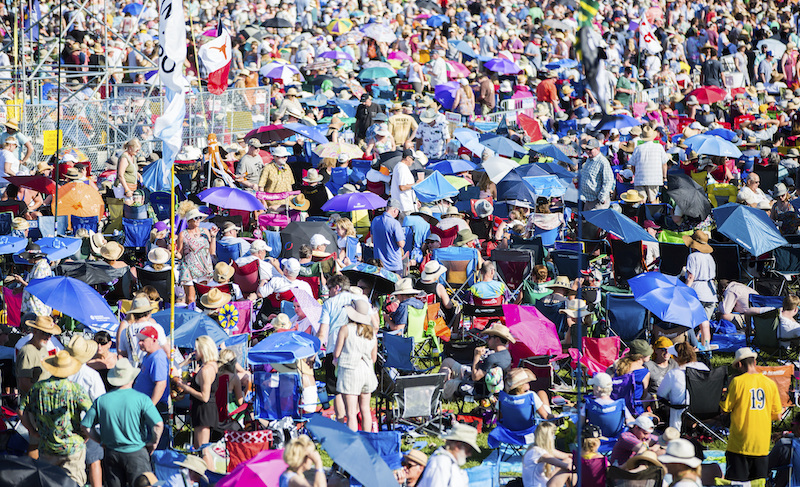 Review of the week, April 25-29: the return of the jazz festival crowds

NEW ORLEANS – Here are the top business stories of the week:

the New Orleans Jazz and Heritage Festival returns for the first time in three years. The two-weekend production draws tens of thousands to the city’s Fair Grounds Race Course, where up to 80 musical acts perform daily on more than a dozen stages, complemented by art exhibits and crafts and an array of stalls featuring foods from Louisiana and beyond. . Lionel Richie, Death Cab for Cutie, The Who and the Red Hot Chili Peppers are some of the headliners, but the festival is perhaps best known for showcasing a dizzying array of talent, styles and musical genres from Louisiana. (from the Associated Press)

All three Pinkberry frozen yogurt stores in the New Orleans area will close for good in September. Local Pinkberry franchise partners – Rob Stumm, Courtney Stumm, Celie Howard, Sibyl Lapeyre and Lon Nichols – said their agreement with Pinkberry expires that month and they have no plans to extend it. This means stores at 5601 Magazine Street, 300 Canal Street and 411 N. Carrollton Avenue will all cease operations. “We enjoyed our time as franchisees with Pinkberry; we learned a lot from this experience and built strong bonds with our team and our guests,” Courtney Stumm said in a statement.

Liberty Bank and Trust Company’s Board of Directors announced that Todd O. McDonald has been named president of the bank starting May 2. Liberty’s current president and CEO, Alden J. McDonald Jr., Todd’s father, will continue to lead the Liberty Financial Holding Company. The young McDonald, 41, takes the reins of an iconic financial institution with over $1 billion in assets. He joined Liberty in 2003 after earning an undergraduate degree from Morehouse College. He earned an MBA from the Kellogg School of Management at Northwestern University in 2013.

A bill to transfer authority over medical marijuana and expanding cultivation in Louisiana won approval from the House Committee on Health and Welfare. Committee members voted unanimously to approve House Bill 566, sponsored by Rep. Larry Bagley, R-Stonewall, to transfer licensing and regulatory authority over the marijuana program State Medical Service from the Louisiana Department of Agriculture and Forestry to the Louisiana Department of Health. The bill passed Wednesday would also remove the limit of two in-state production licenses, which are currently granted to agricultural centers at Louisiana State University and Southern University.

Baptist Community Ministries, the faith-based Christian foundation headquartered in New Orleans since 1995, announced Inman J. Houston as CEO. Currently senior pastor of First Baptist Church in Lawrenceville, Georgia, Houston becomes the first ordained minister to lead the foundation. Slade Simons, chairman of BCM’s board of directors and a member of the CEO search committee, applauded the nomination. “BCM is such an important entity for the whole community,” he said. “Inman has shown his leadership skills and commitment to the community as pastor of his church over the past 14 years. Combined with his five years of service in New Orleans, Inman is uniquely positioned to honor BCM’s Baptist roots and continued commitment to Greater New Orleans for years to come.

Best bets: a quick guide to online and in-person entertainment and experiences