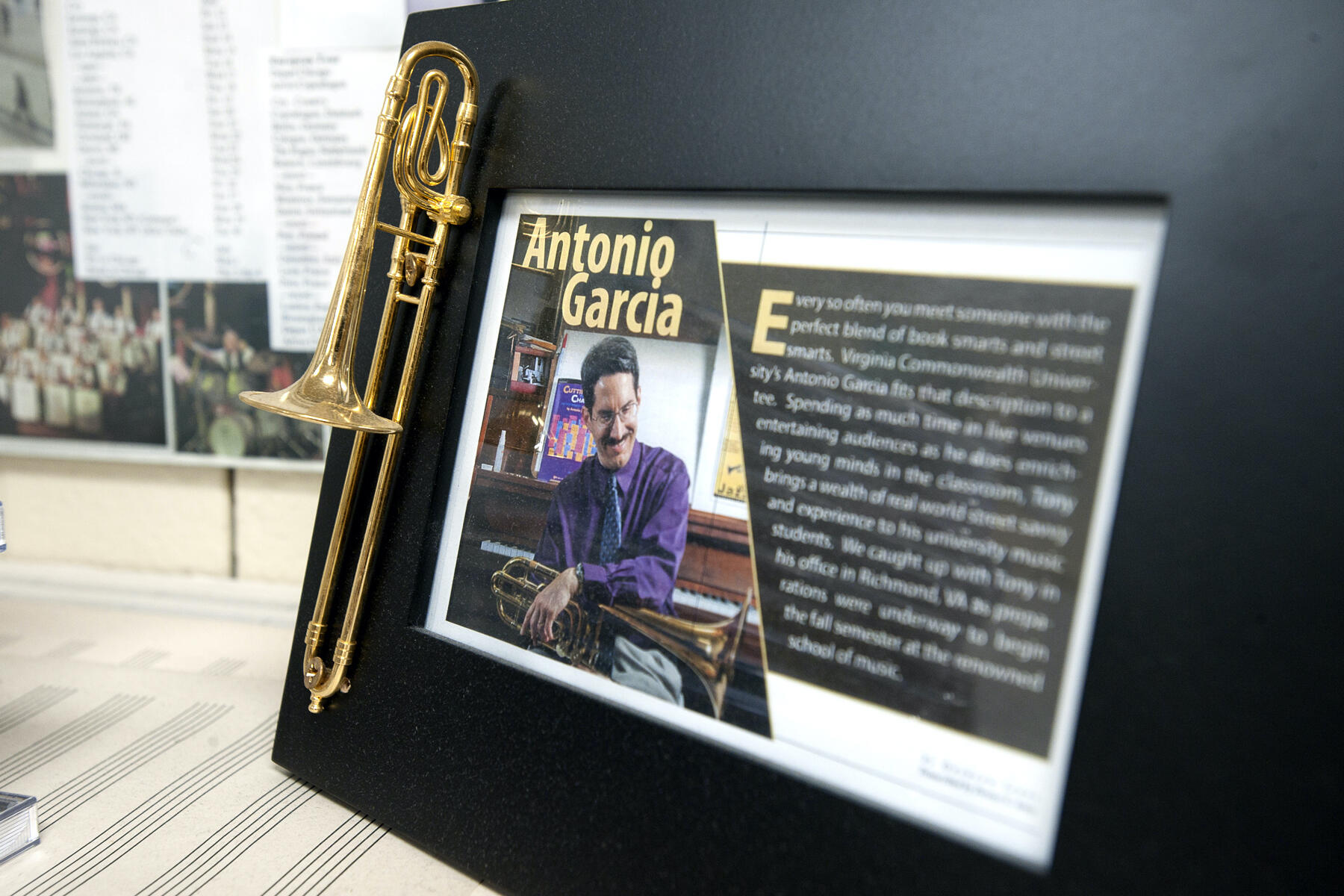 Antonio GarcÃ­a believes that the key to appreciating the music of another culture is to learn the culture and language that influences the music.

â€œAll music comes from people and all people have a culture and a language,â€ said GarcÃ­a, director of jazz studies and trombone instructor, small jazz ensemble, jazz theory and the music industry at the Virginia Commonwealth University School of the Arts.

GarcÃ­a, who has worked as a freelance trombonist, bass trombonist or pianist with more than 70 nationally renowned artists including Ella Fitzgerald, Doc Severinsen and Phil Collins, bases his philosophy in part on his own experiences growing up with different cultural influences. . The son of a mother from Iowa and a father from Puerto Rico, GarcÃ­a and his family lived in New Orleans, where the sound of jazz and Latin-inspired music permeated every corner of the city.

â€œI didn’t grow up knowing music. But by studying it formally and performing it professionally, I learned the language and culture through music, which gave me more respect for the heritage, â€GarcÃ­a said.

GarcÃ­a is a longtime student of jazz and Latin music, a genre that represents diverse styles, cultures and geographic influences. It includes music from Latin America, Spain and the United States.

â€œIt’s hard to define jazz now after more than 100 years,â€ he said. â€œIt’s like a vacuum cleaner. It sucks the influences of all music.

â€œThere are the Afro-Cuban street rhythms of New Orleans,â€ he said. â€œBrazilian music is influenced by French and Afro-Cuban. In Brazil, besides the indigenous population, the country had more enslaved individuals than the United States at the height of slavery. It’s just a way the music of a country is influenced.

Listen to the beat

The rhythms of Latin music are equally varied and influence dance music such as salsa.

â€œBrazilian music has countless rhythmic variations,â€ GarcÃ­a said. â€œYou have bossa nova and samba. There are easily eight varieties in these two categories. You have Colombian jazz or the rhythms of Venezuela or the Salvadorian rhythms.

Latin rhythms are also found in the music of many singers such as Shakira, Santana and Beyonce.

On October 7, GarcÃ­a will participate in the VCU Fall Jazz Festival, with the VCU Jazz Orchestra I and II and the VCU Jazz Faculty in the Sonia Vlahcevic concert hall at the WE Singleton Center for the Performing Arts. Free entry. The concert will also be broadcast live. Masks are mandatory for all participants. Performers will wear masks and cover the bells of all aerosol-producing instruments.

“Language into Music: The Latin Beats”, the video of the recent VCU Office of Multicultural Student Affairs presentation, is now in line and includes a downloadable PDF document and a link to a related article with music notation.

GarcÃ­a, a research faculty member at the University of KwaZulu-Natal (Durban, South Africa), likes to involve his students and familiarize them with different cultures.

It has hosted guest artists in class like musician Tito Puente and has occasionally taken students to South Africa, which is “the musical heart of everything,” he said.

â€œWe visit people in their homes and cities. We go on safari. You can stand in the great plains of Africa and hear percussion instruments through birds and animals. Everything from the food to the architecture to the rhythm of the language emerges in the music. It helps the music to have more meaning, â€he said.

Understanding how culture influences music is different from just learning music, he said.

â€œMusic is rarely written just to be beautiful. It’s written to express something and promote language and culture, â€GarcÃ­a said.

Subscribe to VCU News on newsletter.vcu.edu and receive a selection of stories, videos, photos, news clips and event listings delivered to your inbox.