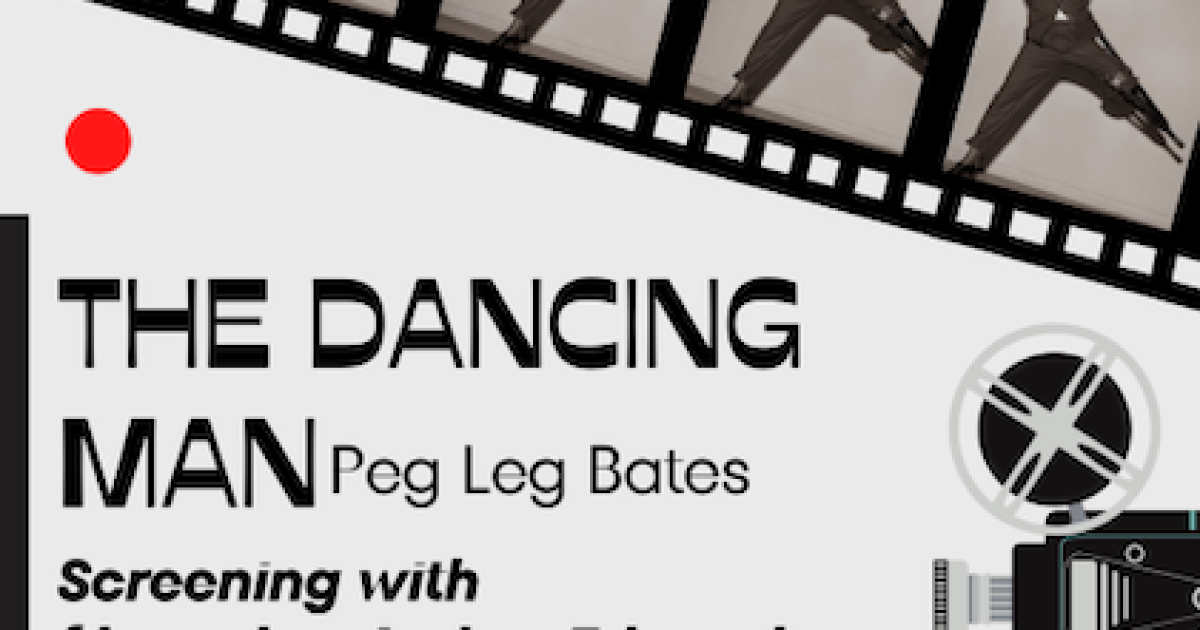 Join us for a special screening of “The Dancing Man – Peg Leg Bates” documentary in partnership with the Coronado Island Film Festival.

About the film: When he was 12, his leg was amputated on his mother’s kitchen table. At 40, he was a world-famous tap dancer and a regular on the Ed Sullivan show. He is “The Dancing Man” – Peg Leg Bates. As a disabled African American, Clayton Bates fought discrimination on two fronts, eventually becoming jazz dance royalty. Stunning archival film clips and commentary from tap-dancing greats such as Honi Coles and Gregory Hines demonstrate that Peg Leg Bates was much more than a novelty act. Determined to be financially independent, Bates saved his money and opened a Catskill resort that catered to African Americans. R&B legend Ruth Brown sums up her influence on African-American culture in her day: “At that time, there were two big things for black people. One was that Peg Leg Bates was going to be on TV, and the other was that Joe Louis was going to fight.

This is a free event open to the public.