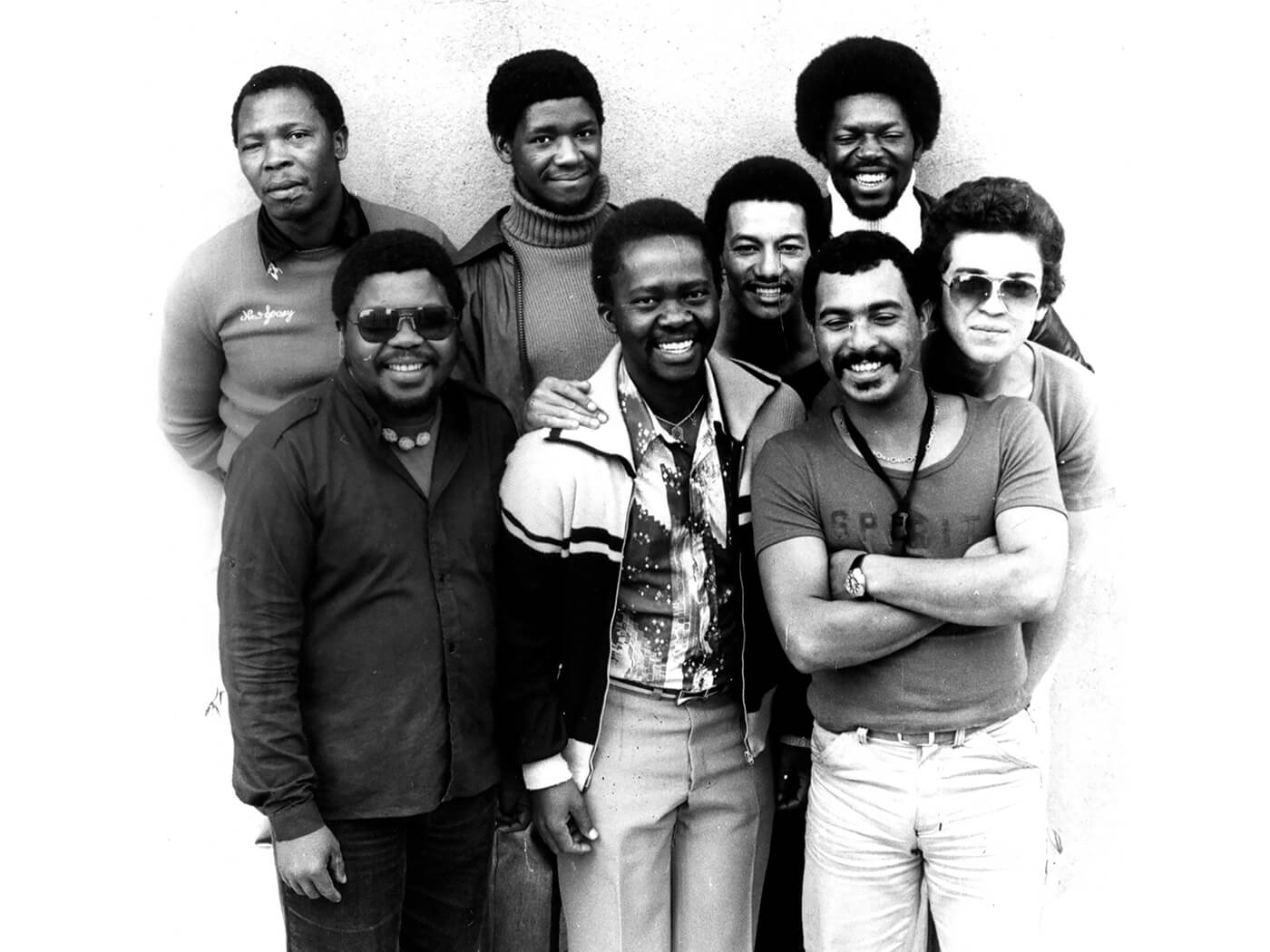 Jazz has always had a strong resonance for millions of South Africans. Maybe it was music that was created 8,000 miles away, but the underlying themes – an art form born out of struggle, a stylistic fusion created in the face of segregation, an attempt to create joy in the face of racism and oppression – had a strong attraction for a nation living under apartheid. By the early 1960s, Cape Town, Johannesburg and their surrounding townships had become established centers of a new form of fusion blending American jazz with indigenous Kwela, Mbaqanga and Marabi music.

But in a country where musicians of different races were not allowed to work together and where black people were barred from coming together in groups, many of the country’s biggest names struggled to make a living and ended up by fleeing the country, and many were not allowed to return. until the end of apartheid. Some, like Hugh masekela, Myriam Makeba, Abdallah Ibrahim and Hotep Galeta, found fame and fortune in the United States; others, like Chris Mac Gregor, Dudu Pukwana, Harry miller, Louis moholo, Julien bahula and Mongezi Feza, have become cult figures in London. Some settled in different parts of Europe, such as Switzerland (drummer Makaya ntshoko) and Sweden (bassist Johnny dyani); even more (like the trombonist and composer Jonas Gwangwa) established a base across the border in Botswana. All of them led the struggle against apartheid in exile.

The challenge for the musicians who remained in South Africa was, however, greater. Not only were they to fight the system from within and lead a quiet musical resistance without drawing the wrath of the authorities, but their music was to act as a balm for those suffering from apartheid. Some, like the alto saxophonist Kippie Moeketsi and the pianist Gideon Nxumalo, were shattered by this struggle and – hunted down by the authorities for having supported the struggle against apartheid – ended up tragically dying young; others had to jump through hoops to earn a living. Few South Africans were allowed to tour overseas, and their records were hard to come by in Europe and the United States. But many musicians, like that of Philippe Tabane group Malombo – tried to assimilate the advances of jazz, funk and fusion by listening to them on the radio.

A lesser-known name to emerge from Johannesburg in the mid-1970s is that of Spirits rejoice. Most committed jazz aficionados won’t know about their work, but many of the band’s alumni have become quite famous in their own right. The two occupants of the group’s piano seat – Bheki Mseleku and Mervyn Africa – then moved to the UK as part of the second wave of South African exiles arriving in the 1980s, alongside people like Brian Abrahams and Claude Deppa. Robbie jansen, a saxophonist in the band’s latest incarnation, ended up forming Juluka with Johnny clegg. Their drummer Gilbert Matthews had previously played in the United States with Ray charles and Sarah vaughan – in the 1980s, he moved to Sweden, where he played with dozens of avant-garde Scandinavian jazz groups. Their bassist Sipho Gumede formed the Zulu jazz group Sakhile and conducted the house orchestra at the gigantic Wembley Stadium concert in 1990 celebrating the 70th anniversary of Nelson Mandela. One of the singers of Spirits Rejoice, Felicia Marion, formed the R&B vocal trio Joy, including the 1980 single Paradise Road dominated the South African charts for months and became a massive anti-apartheid anthem. And, in the early days of the controversial resort town of Sun City in 1979 and 1980, all Spirits rejoice were often called upon to accompany visiting American and British musicians such as Clarence carter, Leo Sayer and Gray Dobie.

But the two albums that these musicians recorded under the Spirits rejoice banner – their 1977 debut and its eponymous sequel in 1978 – are unlike anything any of these band members have done before or since. It is indeed the sound of musicians who grew up with the jazz of the townships of Abdallah Ibrahim and Hugh masekela now embracing the delicate jazz-rock of Weather report and Miles davis and the jerky funk of Devious stone and James brown. Usually, the attraction of listening to such faithful tributes is to identify the points where they â€œgo wrong,â€ where the awkward mistakes inadvertently create something entirely original. But here, the musicality is too refined for that. Some of the uptempo funk tracks, such as Joy and Sugar Pie, are reminiscent of Britfunk bands like Hi-Voltage or Beggar and Co., and that of Russell Herman The shredded playing of the effects-laden rhythm guitar often has an almost punky quality. But where the brass lines of Britfunk tracks (and even a lot of US R&B) are often martial and aggressive, here the brass arrangements are silky, tightly harmonized, and filled with space for elegant improvisation. Bass player Sipho Gumede plays with remarkable agility, dancing the full length of his key, harmonizing wildly, playing delicate counter-melodies.

More self-aware jazz-rock pieces such as Mulberry funk are filled with complex, chromatic, slightly aggressive riffs reminiscent of Chick Corea’s Back to forever or Soft machine. The episodic, stop-start narrative of Wild Dance And African Spaces sounds like a dialogue between the South African Jive township and the Anglo-American fusion, as the Mahavishnu Orchestra engaged in a soundclash with a dismal ballad. Electric chicken is a wonderfully angular jazz-funk track reminiscent of Herbie Hancock’s Head hunters album. It’s such an effective and compelling jazz fusion track that the album’s essential “Africanness” only begins to become apparent after repeated listening. Where some afro-jazz fusion see bebop and funk riffs played to African-inspired rhythms, it is here the melodies and improvisations that borrow from a myriad of African sources.

Running in South Africa has never been a strictly black / white thing; Spirits rejoice featured a mix of musicians from across the country and several ethnolinguistic groups. The core of the group – pianist Mervyn Africa, guitarist Russell herman and drummer Gilbert Matthews – were MÃ©tis English speakers from Cape Town and were therefore classified, under strict apartheid racial laws, as Colorful Cape. Sipho Gumede was a Zulu from a predominantly Indian region of Durban; others were Xhoso speakers from Cape Town, Sotho speakers from the Orange Free State, and IsiZulu speakers from Durban and Natal. During this time, folk melodies from all parts of the country were incorporated into Spirits rejoice music. Mervyn Africa remembers how shocked he and others in the band were when they tried to incorporate some traditional melodies into compositions, only to be told they were sacred phrases that could not be reproduced outside of religious rituals.

African spaces is a funky fusion track as good as anything that came out of North America in the mid-1970s. But it’s more than that. It is a document of the musicians of a nation creating a new path for themselves in the absence of their most famous names. It’s the sound of a nation desperate to make contact with the outside world. It is a symbol of the capacity of music both to affirm regional characteristics and to create a universal language.

Jazz on tap Friday at the RAC

American Road Shortcuts: May the Fourth Be With Us!