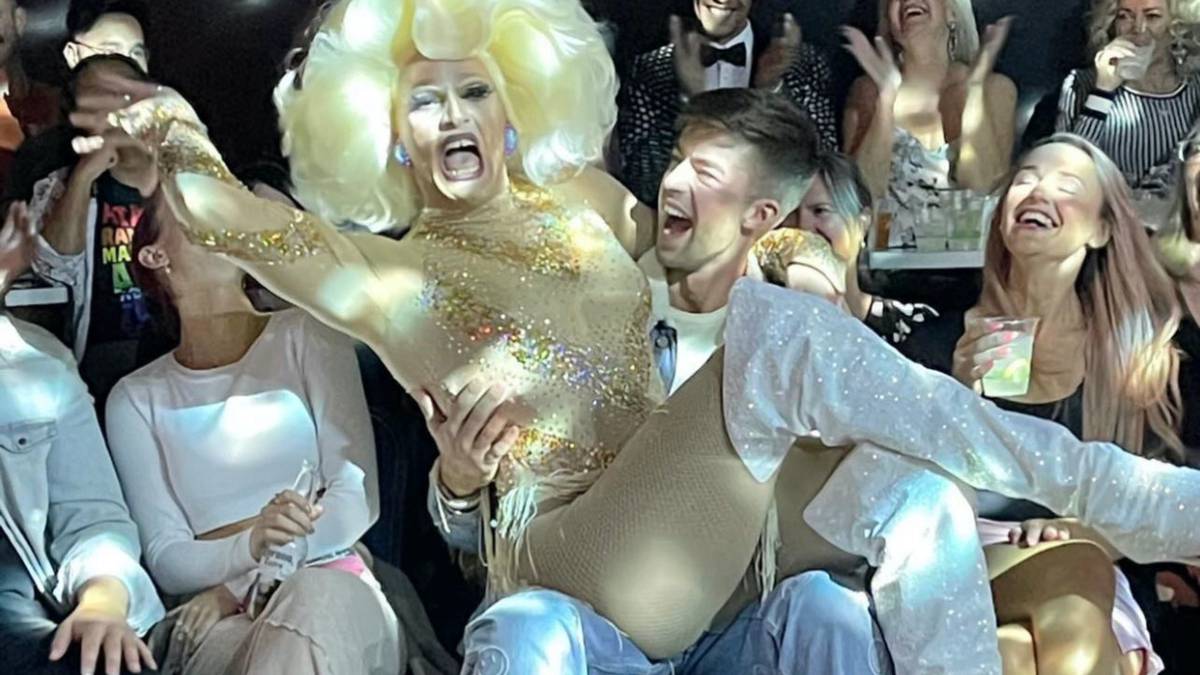 Spy: Spotted – DWTS contestants are rated R with a judge

Elektra Shock and Carlos Vaz have fun at the burlesque party.

The wide-eyed Dancing with the Stars NZ contestants were treated to a night of risque, R-rated burlesque when they took to DWTS judge James Luck’s show last Friday night.

Luck, aka Auckland drag queen Elektra Shock, mixes up her two characters in the series, Elektra & James: Dancing Between Two Worlds, which features stunning glamor that is definitely R-18.

Alex Vaz and Brittany Coleman, Eric Murray and Loryn Reynolds and Jazz Thornton and Brad Coleman were other contestants and their dance partners in the audience, no doubt eager for some dance tips from the expert. Chief Justice Camilla Sacre-Dallerup was also present along with other members of the DWTS family.

Luck, the lip-synching star of RuPaul’s Drag Race Down Under, spent the first act as Shock the Queen of Drag, and in the second act as himself, the king of cabaret.

Spy hears that Murray was there to celebrate his 40th birthday, but we didn’t hear if he received the birthday present as co-contestant Vaz, a special drop of lap-dance from Shock, that Sacre- Dallerup captured on camera.

Nashville is not just a “music city”. Find something new to love with each visit. | Travel