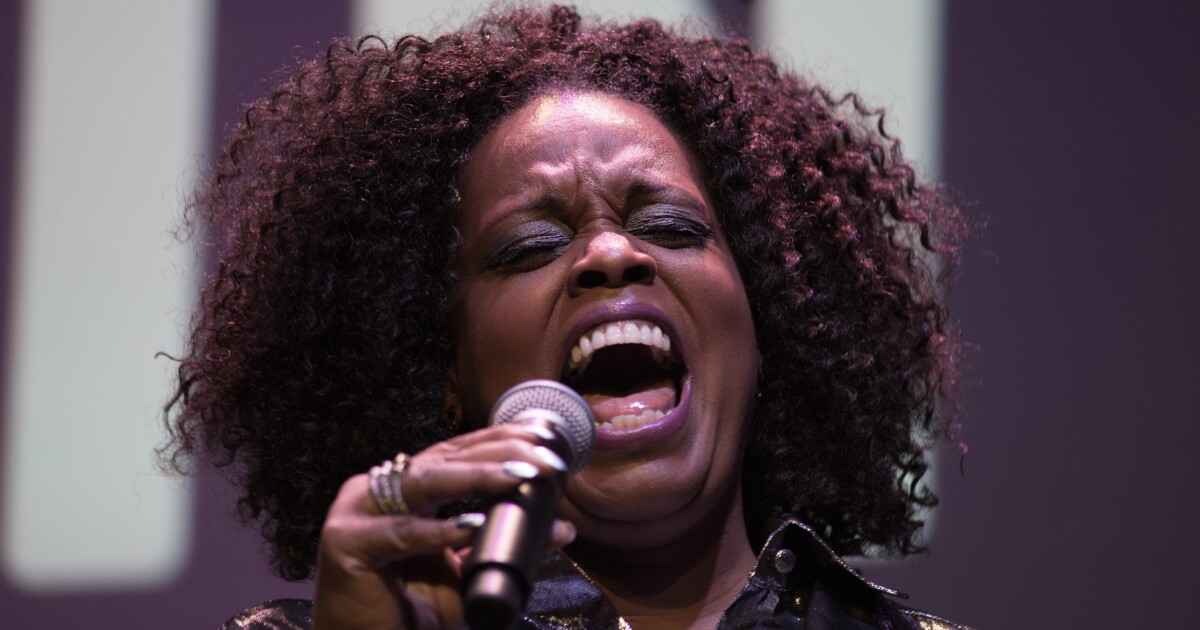 Dianne Reeves has released nearly two dozen albums, won five Grammy Awards, and was recognized as a NEA Jazz Master. Since you’re here, it’s a safe bet that you know his work. But you might not have heard her sing that art song from a Newark son: “Someplace Called ‘Where’,” the closing track from Wayne Shorter’s 1988 album. Joy Ryder. Hear the supreme confidence with which she handles these significantly shorter intervals, shaded by the composer’s soprano saxophone. (Also heard here: Herbie Hancock on synths, Geri Allen on piano and synths, Patrice Rushen on keyboards, Nathan East on bass, and Terri Lyne Carrington on drums.)

The Afro-Latin Jazz Ensemble, led by pianist and composer Arturo O’Farrill, has a long history of dynamic production, with a few Grammys to its name. Their latest album, … dreaming in the Lions …, native in collaboration with the Malpaso Dance Company, Cuba. (Its title alludes to a verse by Ernest Hemingway The old Man and the Sea.) Bravura takes a back seat to reflect on the title song, with key contributions from Travis Reuter on guitar, Alejandro Aviles on flute and Adam, O’Farrill’s son on trumpet. This animated video, directed by Nicole Clarizio, captures the spirit of imaginative wonder that inspired the melody.

Bassist and composer Buster Williams is 79 years old and in his prime. This year saw the release of a highly anticipated documentary film, Buster Williams: from bass to infinity, which captures man in his element. The same can be said of a recent album, Boldness, featuring longtime Williams quartet Something More, with saxophonist Steve Wilson, pianist George Colligan and drummer Lenny White. On the title track, a medium-high swinger, listen to how Williams’ walking bassline sits right at the top of the beat, while White holds the center; also listen to some great solo works by Colligan and Wilson. Audacious is just the start.

Tenor saxophonist Don Braden has a long-standing partnership with Dutch bassist Joris Teepe. (You may remember their studio performance on Morning Jazz in 2017.) Braden and Teepe recently released an album called In the spirit of Herbie Hancock, but were prevented from turning behind him by pandemic restrictions. Earlier this year, they reunited in virtual form to play an animated waltz-time version of “Watermelon Man” (with a quick dose of “Coltrane changes” at the back of the form). For Moody Fest, Braden will perform a WBGO Kids Jazz concert with his septet; register here.

When the TD James Moody Jazz Festival reserved space for a concert called “Celebrating George Wein”, it was intended as a tribute to a living legend. Because Wein passed away in September, a few weeks before 1996, the evening will naturally take on a different look – but not so different, given the exuberance he’s always encouraged in his handpicked Newport All-Stars groups. This features some of the musicians he’s always been close to, including Anat Cohen, the clarinetist and saxophonist who appears elsewhere on the festival with Artemis. Trumpeter Randy Brecker, tenor saxophonist and flautist Lew Tabackin and bassist Peter Washington are also part of the mix, all of whom appear in the video above, of Wein’s 85th birthday celebration at the Montreal Jazz Festival. Also on this gig are vocal group Duchess, NJPAC jazz advisor and Newport Jazz Festival artistic director Christian McBride, and NEA Jazz Master Kenny Barron, who will surely do a magnificent job taking Wein’s piano chair.

Ashland and Boyd rise above in the arts | New