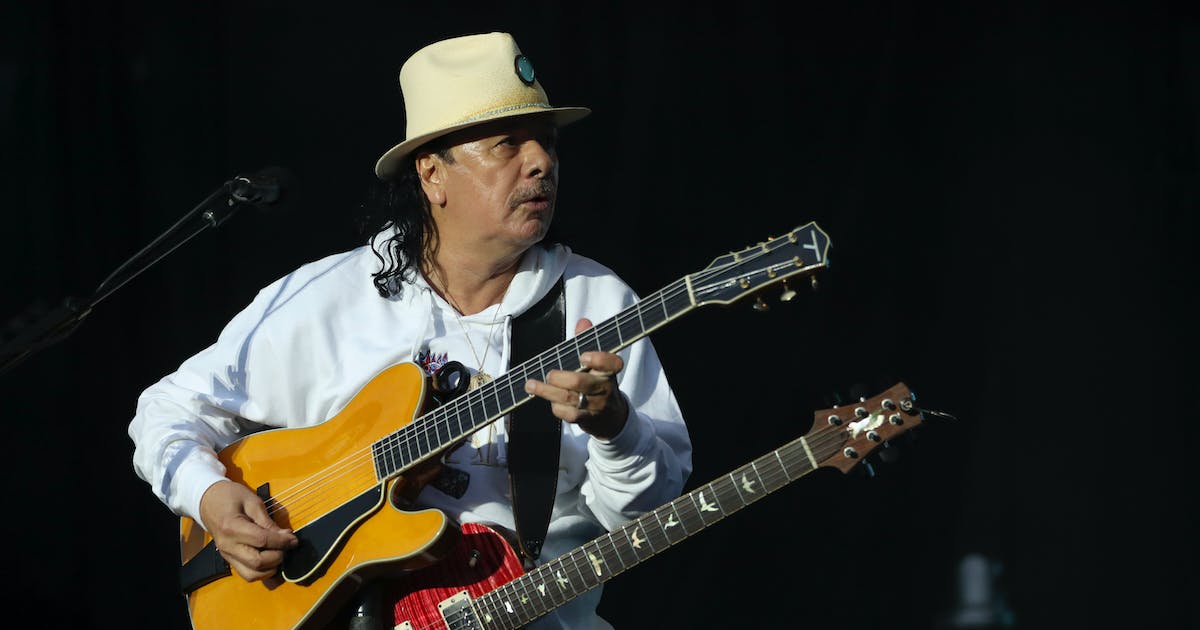 The big concerts: 10 concerts to see in the Twin Cities this week

Santana: Last year, guitar god Carlos Santana released another album with a parade of guests including Chris Stapleton, Chick Corea and, of course, Rob Thomas. While not as satisfying as 1999’s acclaimed “Supernatural,” “Blessings and Miracles” is a diverse and heartfelt collection, punctuated with plenty of Santana’s expressive and often soaring guitar work. Recent setlists indicate that he could play some tracks from this project along with classics such as “Soul Sacrifice” and “Smooth”. (8 p.m. Fri. Treasure Island Casino, Welch, Minn., $89-$159, ticketmaster.com)

Flaming Lips: After putting their inflatable bubble stage props to good use during the pandemic — audience members got their own bubbles for protection — Wayne Coyne and his psychedelic Oklahoman Circus are back to performing conventional shows. You know, conventional for them, with songs from 2019’s “American Head” album mixed with the classics. They have must-have Texas openers, the Heartless Bastards, whose vocalist Erika Wennerstrom has penned some of the finest and most up-and-coming hippie-rock during the pandemic. (8 p.m., Palace Theater, 17 W. 7th Place, St. Paul, $45 and up, etix.com)

Noose: It might not be Machine Gun Kelly’s cup of tea, but Iowa’s masked thrash metal veterans are the visceral outing many fans need in 2022. Corey Taylor and his crew have returned to the road with their traveling Knotfest last year, achieving strong ticket sales and reportedly having a pretty wild show. Amazingly, this will be their first Minnesota in 13 years. In the Moment and Jinjer open up. (6:30 p.m., Target Center, 600 1st Ave. N., Mpls., $45-$198, ticketmaster.com)

Kid Rock: On this year’s “Bad Reputation,” his first feature in five years, the Detroit rapper/rocker wears his colors on his sleeve. He denounces Biden (“We the People”), celebrates freedom (“Don’t Tell Me How to Live”), brags about loving him brutally (“My Kind of Country”) and denounces the fallacy of Music City ( “The Nashville I Know”). On the other hand, he gets almost sentimental about becoming a grandfather on the nasal, longing ballad for Seger “Rockin’.” the material makes you want “All Summer Long” and “Picture”. Along with other Grand Funk Railroad Detroiters. (7:30 p.m. Saturday Xcel Energy Center, W. 7th St. & Kellogg Blvd., St. Paul, $45.50 and up, ticketmaster.com)

Arooj Aftab: After winning a Grammy for Best World Music Performance, the Pakistani-born, Brooklyn-based singer arrives with her hauntingly minimalist sounds, which she described as “everything that broke me and put me back together.” An electronica composer who graduated from Berklee College of Music, Aftab sings primarily in Urdu, blending traditional and contemporary sounds. Aftab’s hauntingly delicate material drew her to the 10and annual Liquid Music season. (7 p.m. Parkway Theater, 4814 Chicago Ave. S., Mpls. $25-$50)

Dakha Brakha: This Ukrainian quartet has been most succinctly described as a folk-punk circus, although the colorful DakhaBrahka (it means giving and receiving in Old Slavic) prefers “ethnic chaos”. Playing instruments from cultures as far away as Australia and India, the band blends traditional Eastern European music and other global sounds with Western rock and pop. Livelier and more energetic than its predecessors, their sixth and final album, 2020’s “Alambari” is a mouth-watering ethnic stew that will compel you to support their beleaguered homeland. (7 p.m., The Dakota, 1010 Nicollet Mall, Mpls., $45-$60; $20 for live stream, dakotacooks.com)

Craig Tabor Trio: Jazz has been called “the sound of surprise”, but too often musicians play themselves into a rut. Not Taborn. The Golden Valley-raised keyboardist is a seeker who enchants listeners while challenging them to hear deeper, blending electronics and piano. After a knockout show two weeks ago at Tennessee’s Big Ears Festival, he returns home for an evening with drummer Dan Weiss and bassist Chris Lightcap. (7 and 9 p.m. The Dakota, 1010 Nicollet Mall, Mpls., $25-$40, dakotacooks.com)

Be There: From Houserockers to New Music to Jazz, It’s a Busy Week |