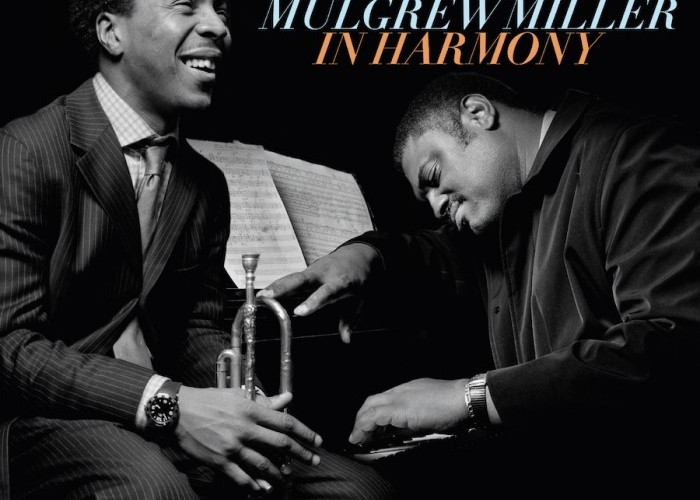 The harmony of Roy Hargrove and Mulgrew Miller

The history of jazz is full of artists who died too young. But what survives is their music – the legacy of distinctive recordings they leave behind, some of which are inevitably unveiled posthumously.

The latest gift of its kind to jazz listeners is an unreleased recording of two concert dates with two modern-day legends: trumpeter Roy Hargrove (who died in 2018 at 49) and pianist Mulgrew Miller (who died in 2013 at 57) ). The well-titled In harmony serves as a transport masterpiece of improvised standards on Resonance Records. It is the culmination of a five-year project led by label co-president Zev Feldman, who is co-producer with Hargrove manager Larry Clothier. Clothier recorded the shows in 2006 at Merkin Concert Hall in New York and in 2007 at Lafayette College in Easton, Pa., And the music was recently released as two albums, a complete beauty for Record Store Day’s RSD Drop on July 17 with a limited edition of 7,000 copies. (A two-CD version and a digital edition will arrive on July 23.)

Feldman first heard groove, blues and swing music from jazz enthusiast and producer Jacques Muyal in Geneva, Switzerland. It was 2016 and Feldman had just attended jazzahead! conference in Bremen, Germany. He is immediately fascinated by the joyful interaction between trumpeter and pianist. He heard Hargrove’s dynamic presence and piercing melodic phrasing through their rendition of Cole Porter’s “What Is This Thing Called Love”, his smoky tone on the ballad “This Is Always” and the soulful blues of his original “Blues”. For Mr. Hill “. He also fell in love with Miller’s outburst on Jobim’s “Triste” and his dissonant side on Dizzy Gillespie’s “Con Alma”. Together, the two have succeeded in transforming timeless music into living transcendence. Not bad for shows that were performed without rehearsals or scales.

“This outing has had an interesting journey,” Feldman said in a telephone conversation from his home port in Los Angeles. “Jacques has a lot of music at home, and he asked me to listen to the Roy-Mulgrew recording. I was amazed. It was unbelievable. It was something different, and I started to think about how to make it part of the Resonance catalog. I wanted it badly. I was excited. Later that same year in Paris, Jean-Philippe Allard played the same music for me. But I knew things were going to take some time.

Feldman contacted Clothier, who had been Hargrove’s manager throughout the trumpeter’s career. “In general, I’ve recorded a lot of Roy’s shows from the soundboard,” Clothier said since his pandemic retirement in Arizona. “But there was nothing in my mind about releasing the duet shows. I always visited Jacques at his house, and I brought all these tapes for him to listen to. It has a collection of records and tapes that you wouldn’t believe. This duet tape was one of many he had of me. Muyal was so impressed that he passed it on to Allard, who had recently reactivated the Impulse! label. He expressed his interest in Clothier on condition that he was its producer.

“Where did this come from?” said the draper. “I told him we had no interest in publishing this. I talked to Roy about it, but he wasn’t interested. He said he had other things going on right now.

It wasn’t until after Hargrove’s death that the subject of this duo project’s release was revived.

Feldman contacted Clothier, then contacted the family through Roy Hargrove Legacy LLC, founded by Hargrove’s wife, Almut Brandes-Hargrove, and daughter, Kamala Hargrove. He then contacted the Miller estate. After getting the nod from all parties, he began the documentation project – complete with a book full of liner notes, interview accounts from a variety of notables, and prominent photographs.

At first glance, Hargrove-Miller sessions come across as an unlikely pairing. The shy but cheeky trumpeter and mellow-mannered pianist have taken different paths on the jazz scene.

Hargrove got his break early, in 1988, as a junior at Booker T. Washington High School for the Performing and Visual Arts in Dallas. Clothier had performed at the Caravan of Dreams in Fort Worth. During a week-long stay there, Wynton Marsalis gave a spur of the moment workshop at the School of Magnetic Arts and was impressed with the up-and-coming young trumpeter. He invited Hargrove to sit with his group at the club. Hargrove finally showed up on the last night. “Roy was scared to death,” Clothier remembers. “Wynton asked him if he knew this song. Roy said no. He asked her about another. Roy said no. Then he asked her about a third standard, a blues song, and Roy said yes. They started and everyone did their solos until Roy’s end. After a few notes, it was clear that he could take someone’s breath away.

From there, Hargrove was invited to sit with Herbie Hancock and Bobby Hutcherson – who were reluctant, but later in awe. Dizzy Gillespie was convinced to play Hargrove every night during the legendary concert at the club.

Hargrove graduated from high school and headed to Berklee College of Music on a scholarship. It went on for a year and a half, and even then he went to New York every weekend.

Compare that with Miller, who saw a less dramatic increase. He started his solo career with the 1985 album Keys to the city on Orrin Keepnews Landmark Records label. He has also performed as a formidable sideman with Woody Shaw, Art Blakey, Tony Williams, the Duke Ellington Orchestra, the Mercer Ellington Orchestra and, later, with Ron Carter in his Golden Striker Trio with guitarist Russell Malone.

Miller and Hargrove had previously shared a bandstand – first at Bradley’s, Greenwich Village’s legendary jazz concert, and later playing on the same bill at the Lionel Hampton Jazz Festival in Moscow, Idaho. Prior to recording her debut album in 2000, Hargrove met Miller as part of Superblue, a byte who recorded an eponymous album for Blue Note arranged by Don Sickler. Over the next few years, Miller was replaced by the Hargrove Quintet and both performed in the 2006 recording. Dizzy’s business (MCG Jazz) by the Dizzy Gillespie All-Star Big Band (Miller on piano and Hargrove as guest).

So playing together was nothing new for the two musicians. On January 15, 2006, came the first In harmony performance at the Merkin Concert Hall of the Kaufman Music Center.

“I got a request from them for Roy to perform,” Clothier said. “But the budget was not very exciting. We finally had time to do an acoustic duo show, and it quickly happened in Mulgrew. It was as impromptu as it gets. In fact, due to a blizzard in New York, it was tentatively canceled. The storm canceled Hargrove’s flight to New York. But Clothier got lucky in a new one in Newark while Miller weathered the storm in eastern Pennsylvania. They arrived in time for a quick behind-the-scenes set list discussion.

The show went so well that they decided to try again a year later, this time at Miller’s grounds, the Williams Center for the Arts at Lafayette College in Easton, Pennsylvania. Hence the second disc which includes two readings inspired by “Monk’s Dream” and “Ruby, My Dear”. The show ended with a pop: a reminder of “Ouch!

Alto saxophonist Antonio Hart had a history with the two icons. He was a front row player in Hargrove’s first group. “I was on Roy’s first three albums and toured with him for three years,” said Hart, a full-time professor of jazz studies at the Aaron Copland School of Music at Queens College City University in New York. “Roy was the kind of guy you only see a few times in your life. He was good. He had a special genius light that he brought to the world where there is a lot of darkness.

As for Miller, “Mulgrew falls into that same category,” Hart said. “He had a different energy in his music. I used to call him ‘Master Miller’ because he looked more like a big brother, and even a father to me. He was truly a true original, a musical prophet.

Hart said he’s been looking forward to the album as it represents an opportunity to hear two of jazz’s lost heroes in one of their best moments. Feldman is rambunctious about the release of In harmony, which features the sincere interaction of two musicians, without other instruments, speaking, listening and playing for each other. “Roy and Mulgrew are flying,” Feldman said. “It’s a true example of the art of the duo, what Bradley has offered so much in their history and what Spike Wilner is currently doing at Mezzrow.”

Feldman attributed the success of the project to George Klabin, owner and founder of the Resonance label, which served as In harmony‘s executive producer. “George was very supportive,” Feldman said. “It gave me the freedom to have interviewers, screenwriters and photographers make it into an investigative musical ensemble, especially with vinyl editing. I love vinyl. It is within the scope of the project with the LPs. Even though the same cover note material will be on the CDs, the vinyl product gives more space to get people excited. We are moving the LP release date to the second Record Store Day to make this special.

“We are convinced that this rare glimpse of two of jazz’s greatest artists will truly transport people in the same way.” Comics

5 events not to miss at the Halifax Jazz Festival 2021 | Music | Halifax, Nova Scotia