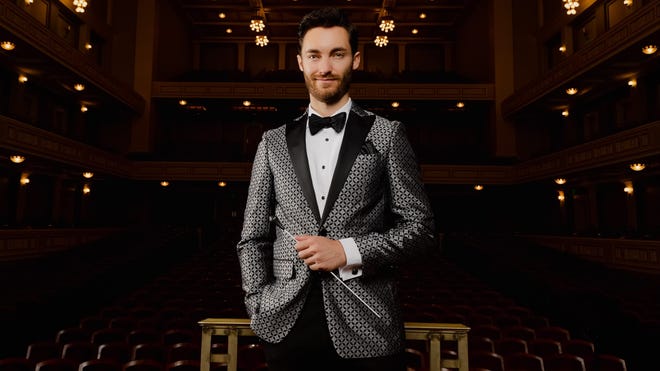 In 1895 Gustav Mahler premiered his second symphony, “Resurrection”. A massive work that calls on a large orchestra as well as a choir for its epic final movement, it draws on the composer’s view of the afterlife and ends with an overwhelming explosion of glory.

127 years later, you couldn’t dream of a more fitting piece to mark the Nashville Symphony’s comeback.

On Sept. 10, longtime music director Giancarlo Guerrero will conduct a performance of “Resurrection” to open the Nashville Symphony’s 2022-23 season — which will be the first to feature the full orchestra from start to finish since 2018-2019.

The pandemic forced the orchestra’s Schermerhorn Symphony Center to remain silent for 18 months. When the symphony finally resumed performances last September, it featured a smaller chamber orchestra to allow for social distancing.

When they were planning these little performances, Guerrero had a common refrain.

“There’s always great music for every occasion,” he told The Tennessean. “Even when we had to play with 30 players, we found great music.”

“But let’s be honest,” he continues. “The idea of ​​having a big concert hall like the Schermerhorn, where we can put these massive productions – In many ways this season is a reaction to what we’ve been through in two and a half years. It’s almost like leaving everything and (saying) ‘Here we are. We’re back, and there’s no stopping us.'”

This spirit is found throughout the range. The “Trailblazing Women” concerts were originally planned for the centennial of women’s suffrage in 2020. Among its songwriting selections will be the world premiere of “Her Story” by Pulitzer Prize winner Julia Wolfe, who was waiting backstage to two years.

For some, of course, there are other names on the calendar that might catch your eye first. This season’s pop series will see the symphony perform with The Beach Boys and Vanessa Williams, for example.

They’ll also give the “Music of Motown” a dose of orchestral grandeur – Pops principal bandleader Enrico Lopez-Yañez is thrilled to bring these classic songs to life with “a full orchestra rather than a section at three piece wind… It’s really the way it was created and designed to be.”

“I feel so blessed and blessed to be able to work with such incredible artists and such a wide variety of genres,” he says. “For someone who loves all music, not just classical, that’s great.”

This season will also see Lopez-Yañez and the Symphony perform their first-ever Marvel film score. “Black Panther” is among the film series’ highlights of the season, along with “Ghostbusters,” “Harry Potter and the Deathly Hallows Part 1,” “Ratatouille,” and perennial favorite “Home Alone.”

In another clear highlight, the Grammy-winning singer Ledisi will perform Nina Simone’s songs with the Symphony – part of a jazz series that also includes Makaya McCraven and Aaron Diehl.

Outside of the series, Ronnie Milsap, Chris Botti will perform standalone concerts with the symphony and mark your calendars for a worldwide collaboration between Béla Fleck, Zakir Hussain, Edgar Meyer and Rakesh Chaurasia.

Classical, Pops, Movie, Jazz and Family Series subscriptions are now on sale. Packages vary in size from four to 14 gigs

Season passes are also available, and the Symphony says benefits include savings of up to 25% off regular ticket prices, parking discounts, free ticket exchanges for most concerts (up to 72 hours before the show), payment plans and pre-sale access to additional shows.

All concerts for the 2022-23 season are listed below by series. To see the full list of concerts, visit NashvilleSymphony.org/tickets.

Ledisi: Nina and I with the Nashville Symphony, November 6, 2022

Fantastic Philharmonia: The Making of the Orchestra, January 21, 2023

Goldilocks and the Three Dinosaurs, March 25, 2023

17 things to do in Wilmington this weekend, from film festivals to funk