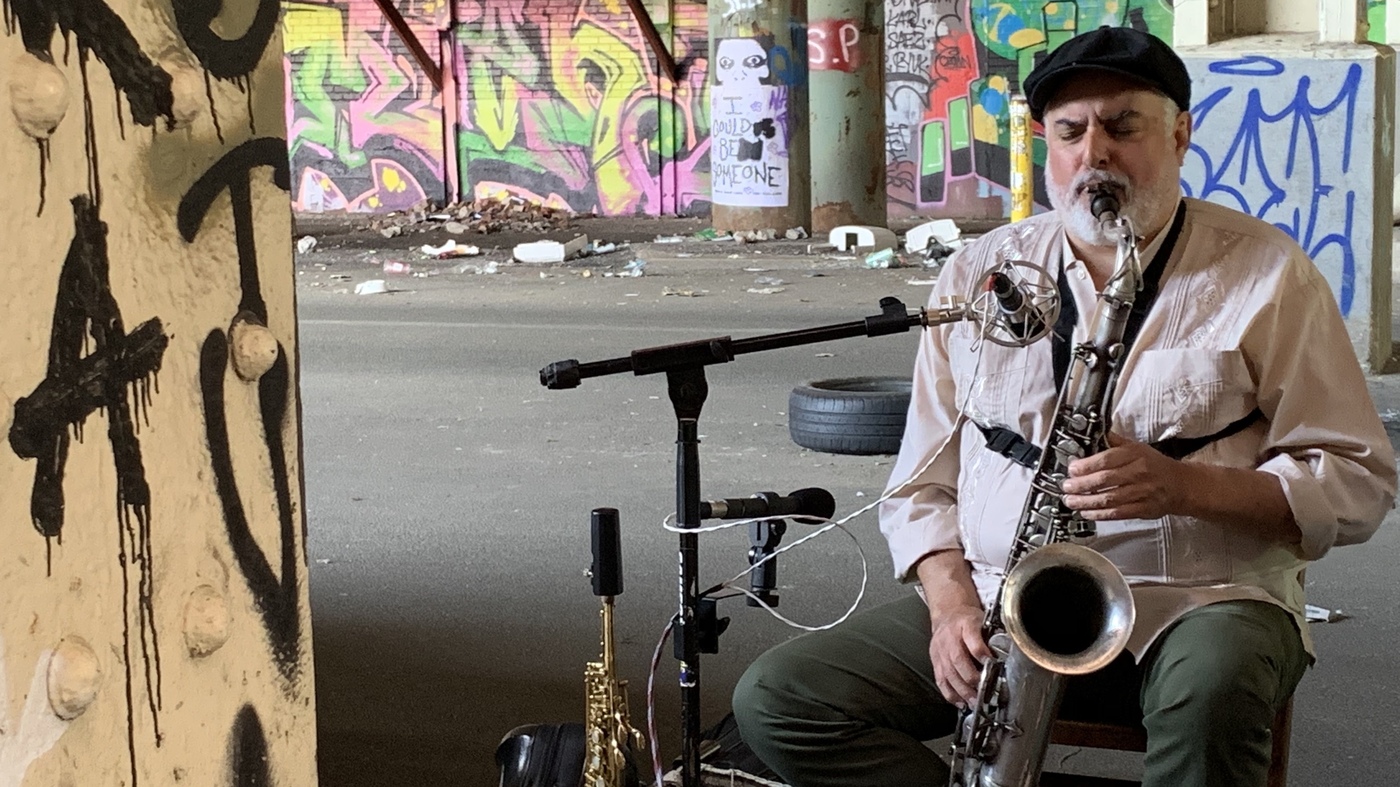 Tony Malaby, pictured in fall 2021, under the New Jersey Turnpike.

Tony Malaby, pictured in fall 2021, under the New Jersey Turnpike.

To listen to the aired version of this story, use the audio player above.

For over 25 years Tony Malaby has been one of jazz’s most fascinating saxophonists – a fearless explorer who is also comfortable with direct emotional expression. His ability to switch between traditional and experimental modes has been a hallmark since he released his auspicious debut album, Sabine, at the turn of the century.

Since then, Malaby has distinguished himself in many musical situations that require a skill upside down, from Paul Motian’s Electric Bebop Band to Charlie Haden’s Liberation Music Orchestra to the aptly named Open Loose trio by Mark Helias. . His work as a leader traces a similar line, which he works with three pieces (as in Adobe, with Motian and bassist Drew Gress) or up to nine (on novel, arranged by pianist Kris Davis).

Not quite two years ago, on March 3, 2020, Malaby joined two regular collaborators, guitarist Ben Monder and drummer Tom Rainey, for a concert in Greenwich Village. Saved for output as Living at 55 Bar, this freely improvised performance highlights a shared commitment to spontaneity and an equally strong investment in listening as an active pursuit. According to Malaby’s calculations, this is also where he caught the coronavirus, becoming one of the first cases of COVID in his musical peer group.

“I got seriously ill two days later,” he recalls, “and was down for about two and a half weeks. It took me months to get to tenor minutes. feeling like I was going to pass out. ”

For a saxophonist, especially someone known for the strength of his projection, it was more than a little unsettling. We knew so little about COVID-19 in March 2020, let alone on the road to recovery. Factor in a quick tally of losses in the jazz community, and you can begin to imagine Malaby’s worry. He also encountered a practical hurdle: in conditions of confinement, he could not practice without disturbing his neighbors. “Everyone’s in the building. And everyone’s on edge, and the minute I start there’s a knock on the door or the phone is ringing.”

At the time, Malaby and his wife, pianist Angelica Sanchez, were living in Jersey City. As we entered our first COVID summer, he landed on an unorthodox solution: Thanks to drummer friend Billy Mintz, he had discovered a spot under an overpass on the New Jersey Turnpike, near the entrance to the Holland Tunnel. He started practicing there, appreciating the space and freedom but also pleasantly struck by its acoustic properties.

If the outlines of this story sound familiar to you, you might be thinking of a famous parallel: Tenor titan Sonny Rollins did something similar in the late 1950s and early 1960s, training on a pedestrian walkway from the Williamsburg Bridge. (This decision, which has become part of Rollins’ lore almost instantly, recently inspired a popular petition and even a children’s book.) But Malaby wasn’t just looking for a place to boost his sound, and he wasn’t looking for the solitude. Like many of us in the summer of 2020, he was in desperate need of connection. So he started inviting his fellow musicians for regular sessions, as often as a few times a week. His initial partners were Mintz and bassist John Hébert, but the circle soon expanded to include other members of the creative music ecosystem.

The musicians who gathered under the Turnpike weren’t playing for an audience, and they certainly weren’t playing for compensation. But a freelance engineer, Randy Thaler, caught wind of what was going on and quickly started making field recordings. “When I first went there Randy was packing his gear,” recalls Michael Formanek, a bass player who has played intermittently with Malaby since the late ’90s.. “So he was already there, and I was just looking around to go, like, What is that? It’s how weird, you know, kinda Apocalypse now in the tunnels, and almost like a movie set in a different way because it was so over the top, you know, with graffiti and dirt and stuff all over the floor. the trucks roar above us. “But everyone was just there to play,” he says. “It was just awesome. And it actually sounded surprisingly good.”

Formanek appears – with Helias, drummer Ches Smith and alto saxophonist Tim Berne – on Malaby’s Turnpike Journals Volume 1, the first in a series of Bandcamp releases chronicling these sessions. (At last count, it was up to five.) Like so many others the creative music community has produced over the past 18 months, it will go down as a time capsule and a testament. But there was also a renewal of the goal that Malaby pursued.

One thing that he had missed during his yearlong residency on the toll highway was the sound of a harmonic instrument – in particular, the liquid vibrancy of Monder’s electric guitar. He found himself thinking of Sabine, which featured Formanek and Rainey with another amazing guitarist, Marc Ducret. So Malaby’s new studio album, The Cave of the Winds, is credited to Sabino, with Monder now in the mix. He goes both forward and backward, drawing on the same social impetus that guided his toll sessions, and exploring the open but focused style these musicians know as a common language.

There are subtle signposts on the album that connect with jazz lore, though Malaby doesn’t easily show her hand. “Corinthian Leather”, a swinging opener, makes some structural allusions to Dizzy Gillespie’s composition “Woody ‘n’ You”. The closing track, “Just Me, Just Me”, has a similar relationship with the standard “Just You, Just Me” (which Thelonious Monk notably remade in his own track, “Evidence”).

Malaby, who recently moved to Boston to join the faculty at Berklee College of Music, strongly believes in building a relationship with the jazz tradition, as well as the permissive elasticity of those ties. “It’s playing with the tension between these two worlds, that’s what always appealed to me,” he says. “And it’s gratifying to know that I have found the right people.”