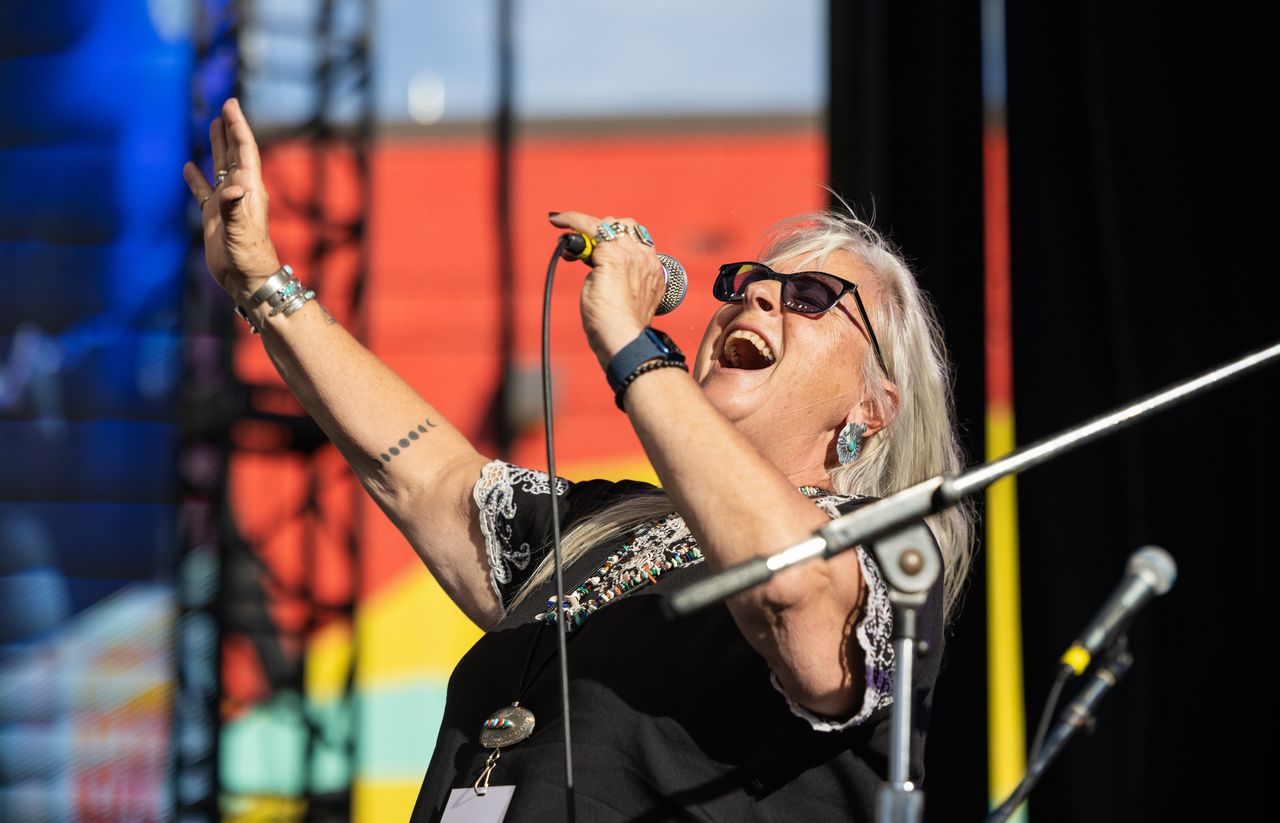 Streams of people flooded Stearns Square late afternoon yesterday, just as the band Buddy McEarns kicked in and filled the space with their signature blues rock to kick off the ninth annual Springfield Jazz & Roots Festival .

Organizers added a day to the schedule, expanding the festival to 21 acts across two venues – the Charles Neville main stage in the square and named after the jazz saxophonist and valley resident, and a second stage in the park Tower Square on Main Street. This place is called the Urban Roots Stage.

Springfield businessman Evan Plotkin and Kristin Neville, Charles Neville’s widow, founded the festival as a way to celebrate jazz and its roots, and showcase local artists.

“We want to celebrate some of the great local artists who have played in Springfield for years, decades in some cases,” Plotkin said.

Neville of Blues to Green said Springfield is uniquely suited to host the jazz festival.

“Springfield has its own role in the history of jazz. Saxophonist Phil Woods was born here and Taj Mahal grew up in Springfield,” she said. “Jazz is a black American art form, and we have a very strong black community in Springfield. This weekend’s festival celebrates the influence of black music on our culture and our collective experience.

Those who staked out their place in Stearns Square in the cool of the evening listened to Janet Ryan & Straight Up, followed by singer Shor’ty Billups, in addition to the Buddy McEarns Band.

Dawn Lapere of Amherst had her chair front and center on the main stage before the music even started.

“Some of my local friends like Buddy McEarns, Peter Newland and Janet Ryan are here tonight. I love hearing them and I’m here to support them,” she said.

Mike Hearn said it had been a while since he had been to Stearns Square for a concert.

“We arrived early to catch the first groups so we could see as much as possible,” he said.

Steve Nulls said he was a jazz fan and went to this festival every year. He feared that if he waited too long, there would be too many people.

“I go to Hartford every year and come here. These guys can really play,” he said.

The blues, Plotikin will remind you, is the primary basis of jazz and rock and most popular forms of music, especially the seminal rock and roll of the late 1960s. names like FAT and Max Creek, mainstays of the Valley’s club scene. The festival brought together elements of both groups in a special synergy.

“It’s especially nice to be part of an unbroken musical legacy. It’s been a big part of my creative life along with other things. It’s special to be part of this race and to see the growth and development. I’m doing a recording project right now where I’m coming back and reinterpreting some of the songs we wrote back then and it’s been really good.

FAT was joined on stage by guitarist from a contemporary and possibly competing band, Max Creek, for a special performance. Scott Murawski was the 15-year-old guitarist prodigy, whom Newland called “a master of psychedelic rock.”

Local legend Mitch Chakour and his friends closed the show. Chakour is another name for local clubs “at the time”. He then became Joe Cocker’s musical director.

The festival kicks off today at 1 p.m. with a Second Line Parade, featuring the New Breed Brass Band. The parade departs from City Hall and continues through the city center to the Stearns Square performance area.

Plotkin said he has plans for the coming years, including bringing the festival back to Court Square where it all started. He wants to multiply the shows and the number of scenes. He said jazz had its place in Springfield.

“What was a profound revelation to me was that jazz music in all its forms has incredible appeal to a wide variety of people and demographics,” he said. “For me, that’s critically important to the success of the festival because we really have a great representation of our community here.”